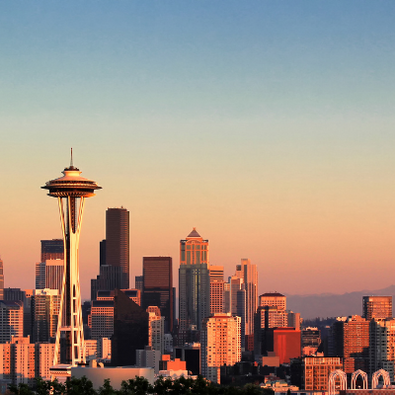 Everything You Need to Know When Moving To or Around Seattle, WA

We would be lying if we told you moving is as easy as packing a suitcase for a weekend getaway. There's so much to do, so many ideas to fumble with, and the big question- where to move to?

If you've been toying with the idea of moving, you should definitely try out Seattle in the Pacific Northwest.  If the above-average income isn't convincing enough, you may like the green surroundings and the to-die-for outdoors. Besides, Seattle always makes it to the top 10 list of the best places to live.

We've compiled a comprehensive guide, with the good and the bad of the Emerald City to help you decide.

Where Should You Move To In Seattle?

Seattle is the home of the smart, according to Forbes, which ranked it the smartest city in the country in 2019. Its 18 districts break down into more than a hundred neighborhoods, each with a different vibe and personality. The city is diverse, multi-ethnic, and multi-racial. This diversity is easy to see in all of Seattle's neighborhoods.

Here's a glimpse at the most talked-about neighborhoods in Seattle:

Have you heard of 'Grunge culture'? It's born and bred in Capitol Hill, a densely populated neighborhood, hailed as the epicenter of the city's vibrancy.

Grunge, or Seattle sound-for the more avid patriots-is an alternative rock genre that dominated the 90's music culture. Locals have also added salsa, electronica, hip hop, and trance to accommodate the collage of people and backgrounds found here. Although the Millionaire's Row is famous with those with bigger paychecks, you're welcome to live in low-income housing that's also available here.

West Seattle is ideal for families and practically a city in its own right, separated from the rest of Seattle by the Duwamish River. It opens up to Vashon Island through a short ferry ride. People living with kids will especially enjoy the beautiful parks and a beach-laden waterfront.

Queen Anne is quiet but not boring, a perfect place to move to for retirees. It's surrounded by parks, lush gardens, luxury, and history. Every year, locals attend live theatre shows, farmers' markets and go to the Seattle Center to pass time when the house gets boring.

People who live in this neighborhood are mostly university staff including professors, foreign and local students.

It's common to hear about the University Park, Greek Row, University Heights, the Brooklyn Addition, and the famous university Way nicknamed 'Ave'.  The nightlife here appeals to the younger university crowd and so do the restaurants. However, this doesn't exclude older folks. They like to wine and dine in the string of eateries found in this neighborhood. Most of them are involved in post-graduate work or make a living working at the University of Washington Medical Center and Seattle Children's Hospital.

Seattle is undeniably expensive—the cost of living is nearly double the national average. Seattle has a very competitive housing market. With tech giants such as Amazon, Microsoft, and Expedia, people earn more, which combines with a vibrant housing market making housing expensive.

If you move to Seattle, get ready to spend more on food. According to Insider, food in Seattle is 168th in the country in affordability. It's uncommon to find a decent meal for $14 or less. The price of groceries is 27% higher than the national average.

With a 12% higher pay than the regular American, the house prices may not be such a big pain point for people living in Seattle.  Seattle’s minimum wage of $15.00-$16.69 per hour is more than twice as high as the national minimum wage of $7.25 per hour.

Seattle is well known for its tech industry. Forbes ranked it top in the US for tech-related jobs. And it's not just renowned mammoths, smaller firms are also found here. Microsoft and Amazon are the top two employers in the city, followed by Joint Base Lewis-McChord and the University of Washington. Nintendo and Tableau Software are also big employers.

Seattle is not just big on tech. It's also big on retail. Nordstrom, Tommy Bahama, Costco, REI, and Zillow are headquartered in the Seattle area. Starbucks and Tully's, the internationally renowned coffee houses, are also based here.

Seattle is number 11 on the largest metropolitan economies in America list, according to The IHS Global Insight. Retail conglomerates are drawn to Seattle because the Port of Seattle and the Tacoma International Airport are major trade routes to Asia.

4 of 5 people who move to Seattle are college graduates. 3 of 5 high school graduates enroll for college within a year after graduation from high school.

Over 81% of undergrads in the University of Washington Seattle complete within 6 years. 63 percent of Seattle residents aged 25 and up have a college degree, while 27 percent have a graduate or professional degree.

The Business Insider ranked Public transportation in Seattle first nationally terming it safe, reliable, and accessible. However the dreadful traffic makes moving around harder than in most cities. On a regular workday, Seattle commuters spend half an hour in traffic which is one of the longest periods in the country.

Popular public transportation means include light rail, bus lines, streetcars, monorail, and bike-sharing.  Public transport saves travelers from spending money on tolls on popular roadways, such as the 520 bridge and the SR 99 tunnel.

Seattle has plans to go green by substituting 1,400 diesel-hybrid buses with rechargeable electric vehicles. The city aims to cut carbon emissions by 50% within the next 9 years.

The Link light rail system has expanded to the outskirts of the city and into more inner-city areas. There are excellent biking facilities at par with those found in Europe.

Things to Do in Seattle

Seattle's wildly diverse nature and multicultural mix of people make living here so much fun.  To get you started, here's a list of some famous attractions:

Love souvenirs? Even if you don't, moving to Seattle will enhance your knowledge on American history and culture. Besides education, art is also at the heart of Seattle with museums holding much knowledge.

Get an interstellar discovery at the Pacific Science Center's planetarium, mind-blowing VR, and the popular IMAX experiences.

The Museum of Flight offers unforgettable tours through space and air. The Boeing Academy for STEM Learning has hosted millions of visitors who want to learn things about space, flight, and robotics.

The Seattle Aquarium attracts thousands of people per month. This includes tourists from all over the world and people who live in and around Seattle. At the Chihuly Garden and Glass Museum in the Seattle Center, you can defy gravity with glass sculptures and experience an open-air glass museum with striking views of the Space Needle.

Seattle's restaurant scene is diverse and offers a wide array of ways to indulge in different dishes. From sky-high fine dining to sourdough clam chowder bowls on the waterfront, eating out is just as much fun as engaging in physical games.

When it comes to Gourmet beverages, it's all hats off to the Starbucks Roastery and Tasting Room where you can taste the finest and rarest coffees. Experience espresso flights, small-batch cold brew, and the classic Undertow which is an espresso hung over chilled half-and-half and vanilla-bean syrup.

Woodinville Wine Country, just a stone's throw away from Seattle city, is a growing wine collective, open for sampling an array of different wines. Visit the Pacific Northwest's growing independent breweries.  Fremont and Ballard neighborhoods have many breweries like Aslan, Hales, Fremont Brewing, Cloudburst, and Peddler.

The Bumbershoot Music and Arts Festival is almost half a century old yet still excites locals with performances from artists from all sorts of literary genres.

The Capitol Hill Block Party welcomes people from all ages and walks of life to celebrate Capitol Hill community's art, activism, retailers, and eateries. The musical line-up crowns this festival with performances from different artists from Seattle and beyond.

If you have a month to take a break from work, the Seattle International Film Festival is the largest month-long US film festival. The list of showings and events is designed to celebrate and recognize classic and contemporary films. These events and film premieres take place at all the historic theaters in Seattle.

Refract is the freshest activity in the city. It puts the glass artwork scene in the spotlight. There are blown glass displays, glass-making classes, and glass performances to see and take part in.

Essential Steps after Relocating to Seattle

According to Washington law, you should get a Washington State driver's license within 30 days after you relocate. You can't register any cars in your name in Seattle without a WA driving license. You also need to register as a voter once you relocate.

Choose The Stress-Free Way of Moving with College Hunks

College HUNKS Hauling Junk & Moving can make your move to Seattle effortless. Our moving professionals have the expertise and experience to move you safer and quicker at affordable rates. Contact us for a free estimate for any of our services, which include junk removal, packing, unpacking and so much more.