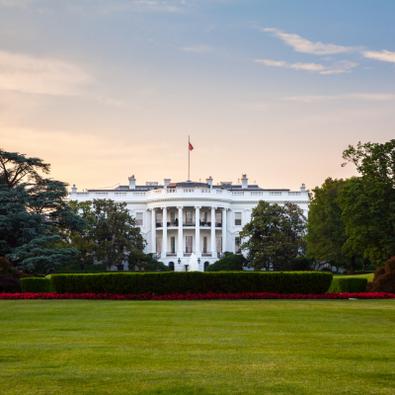 Everything You Need to Know When Moving to or Around the Washington D.C. Metro Area

Our nation's capital is often seen as a place to visit, but it can also be a very interesting place to live. With fascinating cultural attractions, a wide variety of restaurants, and access to everything the big city has to offer, D.C. and its suburbs are attractive, but there is a lot for people to think about when considering moving to D.C. Let's start with the basics.

The full, although somewhat uncommon, name for the census area is Washington-Arlington-Alexandria, DC-VA-MD-WV Metro Area. The shorthand of this is "DMV," which stands in this case for D.C., Maryland, Virginia not the Department of Motor Vehicles. Yes, we know it's confusing.

The median household income is about $105,659, which is more than 1.5 times the national average, and the poverty rate is generally low at about 7.6%.

The primary cause of this is limited housing inventory. Typically, the benchmark for a balanced housing market is a six-month supply of homes for sale, and the last time the District proper hit that benchmark was twelve years ago. Needless to say, this also affects rents. Housing close to Metro lines is always more expensive. This is something to keep in mind when looking at salary offers during relocation; what looks very generous can look less so when you take into account your housing costs.

Assessing the job market in 2021 is a challenge as nobody is quite sure what will happen in 2022. Looking at figures from just before the pandemic, however, we already see something of a decrease. Prospects tend to be better for recent college graduates, however, and it's very likely leisure and hospitality (previously strong) will pick up as we go into 2022.

There are a variety of jobs available, and not all of them are connected to the federal government (although many are, especially for college graduates and white-collar workers). A lot of the jobs in D.C. are computer-related, especially in the area of cybersecurity. According to the D.C. government, for the District of Columbia itself, the top employment areas are Federal Government, Professional, Scientific and Technical Services (which would include those computer jobs), Accommodation and Food Services, Religious, Grantmaking, Civic, Professional & Similar Organizations, and Education. In such an active city as D.C., jobs in just about any area can be found.

D.C. has a decent public transportation network that includes Metrorail and several bus operators. Public transit pricing is about 5% above the national average. Metrorail is more expensive than buses. Once pre-pandemic service levels are restored, public transport runs late at night but is not 24/7 as it is in some cities.

Commuting by car is generally more of a hassle. Downtown D.C. is generally not well-equipped with parking spaces and traffic tends to be heavy. Because of this, many people use public transit (and this drives housing prices near Metro stations up). HOT (High Occupancy Toll) lanes are common in the region and mostly accepted.

MetroAccess provides paratransit services for the disabled. To access the public transit network you need to purchase a SmarTrip® card, which can be bought online, at commuter stores, or at any Metrorail station. These cards work not just on Metrorail and Metrobus but on all local bus systems. None of these systems accept cash.

Some people who live close to downtown commute by bike. Rental bikes are available at docking stations throughout the city and are popular with locals and tourists alike.

Road conditions are generally good throughout the area, although it is not uncommon for construction work between the various jurisdictions to cause an increase in traffic. The average commute time is particularly long, at 43 minutes.

And now for the fun stuff.

The culture is one of the biggest reasons to deal with D.C. costs and traffic. A huge benefit is access to the Smithsonian museums, most of which are concentrated in downtown around the Washington Mall. By statute, admission to any Smithsonian "building" is free (and "building" here includes the National Zoo), although they can and do charge for extras such as IMAX movies and the occasional special exhibit. This gives residents year-round access to some of the best museums and art galleries in the world, and to a plethora of educational programs that range from workshops at the National Gallery of Art to short film programs to spoken word and children's programming.

Other than the Smithsonian, D.C. also has a variety of other museums, ranging from the shrine-like atmosphere of the U.S. Holocaust Museum to the family fun of the International Spy Museum.

Nightlife is something D.C. is less known for, but the fact is that there is a thriving scene. Options for grabbing a drink are numerous, especially around Adams Morgan, Georgetown, and Dupont Circle. Live music, theater, and comedy can also be found throughout the city and inner suburbs, including unusual offerings such as Crystal City's Synetic Theater (a theater company that performs silently).

A quick word on D.C.'s climate. Winters here are generally mild, but summers can be blistering (unless you're, say, moving from Florida). Exercising outdoors during the summer is best-timed for early morning or late night.

There are, however, a variety of outdoor activities. Walking and cycling trails run along the Potomac and around the mall. A walk around the tidal basin is particularly popular in the spring when the city's numerous cherry blossom trees (which started as a gift from Japan) are blooming. The annual Cherry Blossom Festival and Parade are always worth checking out.

A particularly popular destination is Rock Creek Park, which was one of the country's first national parks, and contains miles of hiking trails as well as a golf course, beautiful gardens, and even horseback riding (the area has a number of riding stables, especially on the Maryland side of the city). You can also go sailing, kayaking, or fishing on the Potomac, take your camera to the National Arboretum and keep an eye out for particularly iconic residents—the bald eagles that nest on the river islands. And that's without driving out of the city.

D.C. has a variety of interesting neighborhoods, both in the district and just out of it. Choosing the best one can be difficult, although many people are limited by their budget.

Here are some of D.C. areas worth considering, in no particular order:

Even if you don't pick Adams Morgan you may well find your way there sooner or later to enjoy the bustling nightlife, but plenty of the neighborhood is away from that and quiet. It's popular with families and young professionals alike, however, like most D.C. neighborhoods, it's not cheap.

This neighborhood was recently officially named National Landing, but its long-term residents are very resistant to the change. A high-density residential area, it's popular with people who have to commute into D.C., especially young professionals and older couples without children. It's also the new home of Amazon's second HQ, which is likely to drive up prices...but for those relocating for an Amazon job, it should be considered. Good restaurants and close proximity to the river trails make this neighborhood a great base of operations.

Beautifully walkable and just plain beautiful, the Cleveland Park neighborhood has everything; the zoo, good retail options and restaurants, and is close to Rock Creek Park. A great place for people who don't want to feel quite as if they are living in a big city, but still want to be close to everything.

Across the Anacostia River, this neighborhood has a lot of history, including being the later-life home of Frederick Douglass. It has a lot of townhouses, making it reasonably affordable, and is known for its quiet, shady streets. This is a neighborhood for people who want a quieter life, away from the city's bustle.

On the western border of this neighborhood is the U.S. Capitol Building. It includes the Library of Congress, but also blocks of rowhouses and townhouses, with a trendy commercial corridor and popular farmers market. Although expensive, it places you in the center of everything.

D.C. has some of the best schools out there, including number one ranked Thomas Jefferson High School for Science and Technology. The best school districts tend to be out in Fairfax County and west in Virginia, but Montgomery County (Maryland) also has some excellent schools. For the most part, schools in the inner suburbs are well funded and high quality, with students often having the opportunity to take AP courses and develop their academic lives. However, schools in the District proper are generally not as well-ranked.

The area is also home to top universities including the oldest Catholic university in the United States (Georgetown), the University of Maryland, College Park, American University, and George Washington University. Many students, domestic and international, come to D.C. to go to school and take advantage of the culture.

Considerations For People Moving To D.C.

For those moving within D.C., it is easy to move one neighborhood over and be in a different state or jurisdiction. As usual, you need to remember to change your address everywhere (don't forget that one online vendor you only order from once a year). However, you may also need to get a new driver's license and register to vote. A cross-town move can easily become a cross-state move. Make sure to pick a moving company like College HUNKS Hauling Junk & Moving that is familiar with the area, and can handle the D.C. traffic.

When moving to D.C. you also have three jurisdictions to deal with. You will need to check the rules for Virginia, D.C. or Maryland, respectively. For registering vehicles in D.C., you need to convert your out-of-state driver's license or obtain a D.C. one, and then visit a DMV center in person. The rules are similar in Maryland and Virginia.

Don't worry if you are working in D.C. and living in Maryland or Virginia; there are reciprocal tax agreements. You will pay state income tax in your state of residence.

The Overall Ups and Downs of Moving to D.C.

Washington D.C. is a great place to live if you are the right kind of person. If you are considering moving to D.C., make sure to get a free estimate from College HUNKS Hauling Junk & Moving for the highest-quality junk removal and moving services.