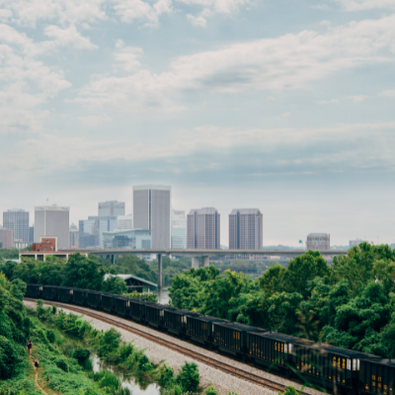 Everything You Need to Know When Moving to or Around Richmond, VA

If you plan on relocating to Richmond, Virginia, you should know it is a city with rich history and a young spirit. Having been voted one of the top 25 places to live in the United States a few years ago, Richmond has grown very popular among people starting new families, young professionals, and even retirees.

Everyone who has lived in Richmond would say there is a lot to love in the city. Richmond is very welcoming, with exquisite public art, historic architecture, and beautiful four-season weather. You will love the green spaces in the city, the vibrant cultural scene, and the affordable cost of living.

Why Move to Richmond, Virginia?

Richmond is the capital of the State of Virginia and the Central Business District of the Richmond Metropolitan Area. It is the fourth largest city in the state, with over 230,000 people from diverse backgrounds, the majority being African American (almost 50%), followed by Caucasian Americans (40%) and Hispanic Americans (7%).

The city of Richmond was the center of many historical events that shaped the United States of America. Colonialists built some of the structures and buildings that have survived all the wars to the present day. Historical buildings now co-exist with modern buildings in a scene that creates an architectural landscape unique to the city.

If you are keen on finding a city with many 'firsts', Richmond may be it. The city was the first to roll out an electric trolley system for public use. It was also the first city to elect an African American governor in the country.

Richmond is located about 90 miles south of Washington, D.C. and 100 miles east of Lynchburg, Virginia. The city covers 62.7 square miles, of which 2.7 miles is water and the remaining 60 are land area. The city was built at the highest navigable point at the James River in Piedmont. The area's geography is best described as low-rolling hills that lie between the low and flat Tidewater region and the Blue Ridge mountains. The most notable bodies of water close to the city are Chickahominy, Appomattox, and James Rivers.

The median age of the residents of Richmond is 45 years, but the city has no shortage of an energetic ambiance. Between September and May, in particular, when college students are out, the city's recreation spaces are transformed, and nightlife becomes something else. The city population is exceptionally educated, with over a third of the residents of ages 25 and older having at least a bachelor's degree. True to the 'Southern Hospitality' code, the locals are very welcoming to newcomers—visitors or new residents—so you can be sure settling in will be easy.

Richmond offers the perfect environment for people looking for peace, quiet, and healthy living. The city provides many advanced medical facilities, and healthcare and medical specialists are never in short supply. Even if you have older parents, the city's assisted living communities are vibrant and well-equipped to meet the health care needs of residents of all ages.

The main reason why Richmond is attractive to young professionals looking to start their families is that the city has invested heavily in public amenities. There are numerous private and public schools close to every neighborhood that parents may easily be spoiled for choice. The city has also invested in many family-friendly attractions that provide education and entertainment to families—from amusement parks and museums to art scenes and cultural events.

As a part of investment in public amenities and infrastructure, the State of Virginia has invested heavily in road and transportation infrastructure in Richmond. Getting around in the city is a breeze, thanks to the city's excellent public transportation system. When you need to get from one part of the city to another, a local transit bus will get you there in minutes. There are also hubs for inter-city bus companies such as Greyhound Lines that run between Richmond and other cities such as Raleigh, New York, and Washington DC.

Most people today prefer the convenience of their own transportation. If you like to drive around, you will be happy to note that Richmond is among the least-congested major cities in the United States. The city also operates two railroad stations that interconnect the city with passenger-train services to Philadelphia, New York, and Washington, D.C.

The city's central connection hub with the rest of the world is the Richmond International Airport. This is the main airport that serves the greater Richmond area. The airport primarily offers domestic flights, but it also offers interconnecting flights to major airports and international flights.

Before you move to Richmond or the surrounding area, you should get familiar with some of the best neighborhoods to live in in the city. They include:

Richmond's most sought-after and most recognizable neighborhood, the Museum District, is also its priciest. This is a neighborhood packed full of beautiful historical homes with wide front porches overlooking tree-lined streets.

Situated at the East end of the city, Church Hill is Richmond's oldest neighborhood, but it still has its charm. It offers a breath-taking view of the city and the James River and is within walking distance of Libby Hill Park.

If you love to eat out or just appreciate good food, Carytown may be heaven for you. The neighborhood is most famous for its many locally-owned restaurants, shops, and cafes lining the streets. The community gives off a quirky vibe but perfectly portrays the entrepreneurship and creative spirits of the city's residents.

The Northside is formerly a streetcar community and has been a center of attraction for racing aficionados for quite a while. This is the neighborhood to go to when looking for low-priced but generously-sized homes built at the turn of the century.

The neighborhoods to the south side of the river all cumulatively make up the Southside neighborhoods. They include Forest Hill and Westover Hills neighborhoods that are homes to families with diverse cultures. You will find all kinds of homes in these parts of the city, including Victorians, colonial ranch homes, bungalows, and lots of sprawling green space.

Manchester is an up-and-coming neighborhood located to the south of James River. It boasts of serene historical homes newly restored and a strip of retail shops and outlets. New homes, including ultra-modern condos and apartments, are coming up in the neighborhood, gradually transforming the city's skyline.

Downtown Richmond is where you will find high-rise apartments, industrial lofts, and a lot of dramatically revitalized properties. The neighborhood is best known for its cultural attractions, theatres, galleries, and arts. The most notable is the Broad Street corridor, where cultural events are usually held, and the Virginia Commonwealth University showing must-see contemporary art.

Jackson Ward, a neighborhood that sits on the edge of downtown Richmond, has a vibrant African-American heritage. It is home to late Victorian, Greek revival, and many Italian-style row houses. The neighborhood is also home to many great restaurants and eateries.

Scott's Addition is formerly an industrial district in the city, but it has become a neighborhood with a thriving beer scene. The community has many breweries, distilleries, and cideries supplying the entire state. The neighborhood is popular among renters because of the multi-family housing boom and the prominence of restaurants, game bars, and breweries.

Richmond is a vibrant city with a healthy job market. If you are looking to relocate to the city even without a job, there is a good chance you will land one in no time. With an unemployment rate of 4.5% (May 2021), Richmond is a hub for jobs in all industries. The Federal Reserve branch in the city has turned Richmond into a hub for commercial jobs, and the growing tech sector has opened up many opportunities to the city residents.

It is worth noting that the city of Richmond is a hub for multiple industry clusters aside from finance. Biotechnology, healthcare, advertising, manufacturing, and transportation industries thrive in the city. As a home to many small businesses and startups, the workers of Richmond are well paid, with the average salary of $63,000. Some of the city's top employers are:

If you are considering moving to Richmond, VA, there is a lot that the city has in store for you. Take the time and put effort into discovering more about the city and its people, and you will know which neighborhood to move to, and if it is the right place for you to live. When you are ready to make your move to Richmond, don't hesitate to contact College HUNKS Hauling Junk & Moving, and let us handle all the moving logistics.