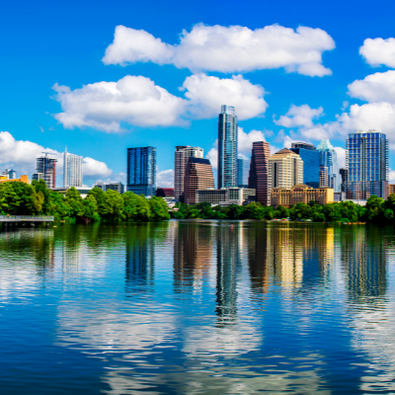 Everything You Need to Know When Moving to Waco, Killeen-Temple, or Austin Areas in Central Texas

Howdy partner? Are you looking to move to the infamous Lone Star State? They do say everything's bigger in Texas, so moving might be your big break to living large without breaking the bank.

People relocate to the Central Texas area by the thousands each year, and rightfully so because there's more to Texas than horses, cowboy boots, football, barbecue, and the innate need to say “y'all”.

Buckle up, and let's dive into what you need to know before moving to Central Texas.

Texas is like one of those big casseroles that are jam-packed with flavor. Being the second-largest state in the United States, it has multiple cities strewn within its boundaries. For perspective, it's 2.8 times larger than the whole United Kingdom.

There are a whopping 20 counties in the Central Texas region, and its three metropolitan areas are Killeen-Temple, and Waco.

Cost of Living in Central Texas

While Texans generally earn less than most states, the cost of living is low to keep residents comfortable.

The Job Market in Central Texas

Moving to a new area can be stressful, and employment can be a massive contributor to the stress. Luckily, Central Texas has no shortage of job opportunities.

There are popular industries like healthcare, defense, agriculture, and energy sectors that employ most of the population. Texas doesn't have the third-highest population of billionaires in America for nothing (small flex).

Small towns like Austin are also becoming tech hubs with almost 20 Fortune 500 companies and numerous tech startups that are creating thousands of jobs.

The unemployment rates in the Waco, Killeen-Temple MSA averaged 6.5% in 2021 compared to the whole of Texas at 6.9%. The numbers are expected to decrease as the economy starts picking up post-pandemic.

Central Texas has a reliable public transport system known as the Hop. It's as proactive as it sounds and is a perfect choice for folks looking for environmentally safe ways of travel. More populated areas like Austin have the Capital Metro, which keeps the city moving at a fast pace.

According to recent Census data, Central Texas commuters who drive can take around 26 minutes to get to work every day, which is similar to the U.S. average.

What is it Like to Live in Central Texas?

The culture is filled with signature Southern attributes. Texans have Southern personalities that make them some of the friendliest people on the planet. They love their cuts of meat, though each county has its own cooking preferences.

You will find ranches in the less populated areas, and more modern or rustic chic homes in more populated cities. The region is vibrant and it has all this to offer:

It wouldn't really be home if there weren't places you could go for a good meal on a lazy night. Here are some restaurants to try upon your move:

Alexander's offers a wide array of entrees, appetizers and is best known for its adult beverages. It has a newly renovated bar that opens into wrap-around porches. Walk down the steps, and you'll find a cozy little deck under canopies of Live Oak trees.

The restaurant also has a lounge dotted with exquisite art pieces from the local gallery and a bewildering view of Salado Creek. It's the perfect place to reset and connect with nature in Salado, Bell county.

Here we have the restaurant that's stolen the hearts of the residents of Waco. It serves food that's fresh from the farming community. Homemade sauces, fresh bread, award-winning cheese, and pasture-raised beef are some of the classics it delivers.

You can tour the gardens and craft shops as you enjoy the vista across the Brazos River.

Bars and Clubs in Central Texas

We'll have to call this one a tie. There are phenomenal clubs like the Continental in Austin, where you can enjoy iconic music from the local 50s legends. You'll also find awesome bars in places like Spare Time, Temple Texas, where parents can chill as they let their kids unwind in the arcade and the bowling alley.

The region has more than 20 parks that are accessible to the general public. Most of them have bodies of water for fishing, canoeing, sunbathing, and kayaking. Clothed in luscious green vegetation, they allow residents to keep in touch with nature and wildlife.

If you prefer to keep in touch with life through books, then there are libraries sprinkled across the region, with the major ones like Waco Library, having up to four branches.

Where to Live in Central Texas

We all have that special flair we look for in neighborhoods. Housing cost aside, we want something that checks all our boxes and gives us peace. Luckily, there's something for everyone in Central Texas, and we've lined up the neighborhoods that have something unique to offer.

Austin Avenue in Waco is home to moderate-income earners and is packed with history and diverse architecture. It has some of the oldest houses in the area, but you'll be surprised at how well maintained they are.

The neighborhood is perfect for raising a family as it has an extremely low crime rate, and is blessed with a commercial area with many thrilling restaurants, shops, and delis. It has a median home value of $290,000.

Populated mainly by retirees and families, the Woodway neighborhood has a rural feel and is perfect for anyone looking for a quiet life. It's a mid-range community with a median home value of $291,700.

Our top picks for Austin are:

For young professionals looking to be a little closer to the action in Austin, Zilker is the perfect neighborhood with magnetic energy. Located in South Austin, it has tons of locally owned businesses and a sizzling nightlife because of the young residents. Home values in the area average in the high $900,000’s and the average rent for a 2-bedroom apartment is $2,400.

Hyde Park is what we like to call a daisy among roses. Located in Central Austin and with a home value of $825,000, it offers solitude from the city's fast-paced life. It's a quiet neighborhood with tree-lined streets and beautiful Victorian homes. Residents here are laid back, and they have a strong sense of community.

Overall, the region has some desirable and some not-so-desirable things about it. The good thing is that the pros outweigh the cons.

Should You Move to Central Texas?

We think Central Texas is a dynamic region that offers more for less money. It's the perfect place to go if you're looking to lean back and enjoy the niceties of life. It also serves bustling professionals who want to take the next huge step in their career.

As adventurous as the moving process usually is, it might work up some nerves along the way. College HUNKS Hauling Junk & Moving provides a premier experience and takes the stress and anxiety out of moving. Contact us to handle your move so, you can have time to get your “Yee-haw” on!