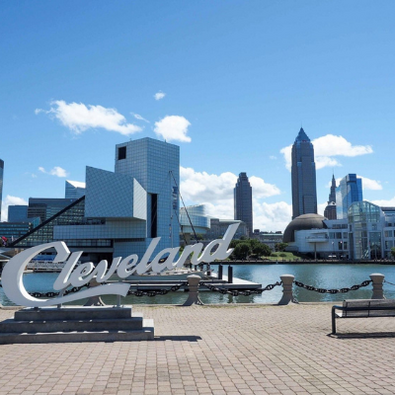 Everything You Need to Know When Moving To or Around Cleveland, OH

We bet you wonder whether you'll like moving to 'Believeland' or whether the business you're planning to start there will thrive. Leaving a life, a neighborhood, or a city you've been acquainted with can be thrilling and stressful at the same time. However, the spirit of adventure and rebirth should push you onwards to The 216. Just like Cleveland is reshaping and reinventing, you too can join in the bandwagon and decide to move there.

Perhaps it is the excellent educational system or the abundant natural fresh air? From the world-class medical institutions to the unique cultural sites, there's a ton of reasons waiting for you in Cleveland. But, do you have the right partner to help you with moving and junk removal? A partner who'll give you an overview and insights into the city. If not, College HUNKS Hauling Junk & Moving is the best and reliable moving and junk removal partner you need for a fun, enjoyable, and stress-free move to Cleveland. In the meantime, keep your shirt on, and let's tell you a bit more about Cleveland, Ohio.

With a racially diverse population of 381,009, the city of Cleveland is the county seat of Cuyahoga county. It's the 53rd largest city in the US and proudly known for its vast 24,000 acres of beautiful natural parks and trails. When combined with Akron and Canton, these cities form The Cleveland-Akron-Canton Combined Statistical Area(CSA), with an estimated 3.6 million residents. With a population density of 5,108 people per mile, Cleveland boasts of having a veteran population of 17,918. Unto these brave men and women, we say; Thank you for your service.

Cleveland has, over the years, transitioned from an exclusively manufacturing to a more-service-based and inclusive center. Currently, the industries that dominate and drive Cleveland's economy and job market include;

Thanks to these industries, Cleveland made the 2019 Forbes Best Places for Business and Careers list. Here's why;

If you are looking for a place for business and economic growth, look no more. Whether looking for employment or self-employment, then Cleveland has the best thriving environment for that.

The Cuyahoga River divides Cleveland into the east and west sides, each having some fantastic neighborhoods to suit any lifestyle. By now, you have decided what kind of hood you wish to settle in. Let's take a look-see at the best hoods you can settle in;

These neighborhoods are best for raising a family, to live in, the most ideal for young professionals, and have access to public transportation and social amenities. They include;

Thanks to the great neighborhoods, the median housing value stands at $100,000. About 40% of units are owner-occupied, while the rest are rented, giving you another reason to move and buy a house in Cleveland, Ohio. Rent average $1,154 per month for a cozy 807 sq. ft. apartment.

Public transportation is the easiest, fastest, and most affordable way to move around Cleveland. You can use these modes;

Most of these transport modes are either free or charge a few bucks. But, if you wish to enjoy unlimited rides on BRT, trolleys, and rail, you can buy trip fare cards and passes that cover regional or local round trips. Thanks to the Rapid Transit Authority (RTA), Cleveland's public transport system has been named the best public transport system by the American Public Transport Associations (APTA).

Cleveland offers an array of parking facilities both in the neighborhoods and areas of business. Some are open 24 hours! Sounds convenient, right? Most parking garages and lots charge either through metered spots or fixed rates, but all are pocket-friendly. Better still, the city waivers all fee charges during all holidays.

All roads and streets are tarmacked, maintained, numbered, and named depending on their location in relation to Ontario street. These street systems also extend into the neighborhoods and suburban areas.

On the other hand, if you are a trucker or have a logistics business, you are covered. Five busy interstate and limited access highways directly serve Cleveland.

Also, there are several private and public institutions of higher learning such as the Cleveland Institute of Arts, Cleveland State University, Bryant and Stratton College, to mention a few.

The majority of institutions of higher learning in Cleveland teach medicine, hence the world-class healthcare facilities equipped with state-of-the-art equipment. If you fall ill while in Cleveland, you can visit various healthcare institutions such as the Cleveland Clinic, University Hospitals Cleveland Medical Center, or The Rainbow Babies and Children Hospital. Additionally, a VA hospital treats and takes care of the brave uniformed men and women in service or veterans.

Unfortunately, due to the high crime prevalence resulting from the high 32.7% poverty rate, USA Today ranked Cleveland no. 9 on its “2019’s Most Dangerous Cities” list. However, the Cleveland Division of Police has done a great job resulting in a substantial drop in crime.

Additionally, the Cleveland Division of Fire does its best to put out any fire that threatens Cleveland residents' lives and livelihoods.

Last but not least, in moments of health emergencies, you can count on the Cleveland EMS to provide advanced life support and ambulance transit to the various hospitals in the city.

Things to Do in Cleveland

Cleveland's every square inch is packed with activities for everyone; students, art lovers, history, culture, and foodies looking to satisfy their cuisine curiosities.

For history, culture, and art lovers, you can visit sites such as:

If you love a quiet environment, you can add some knowledge at the Cleveland Public Library—one of the nation's largest public libraries.

Friends and family coming to visit you in Cleveland? No worries, there are some welcoming and homey hotels in the city, all with affordable rates. From as high as $250 to as low as $40 per night, all your accommodation needs will be taken care of.

Combined with the cuisine that Cleveland has to offer, there's a myriad of options for residents, tourists, and visitors alike. You will find many clubs, restaurants, local beer breweries, and live music where you can have fun and indulge all your culinary desires.

If you visit Cleveland or aren't in the mood for arts and culture, you can visit the Cleveland Metro Zoo and enjoy the most extensive collection of primates. Or, enjoy the natural parks and outdoor gardens—all 24,000 acres of them. You can hike, bike, or take a boat ride through the various inland waterways in Cleveland.

Did you know LeBron James helped break the 52-year slump when he scored for the Cleveland Cavaliers to beat the Golden State Warriors at the 2016 NBA finals?

Cleveland takes care of all its sports fans. You enjoy all of the major sports, taking in a game with the Cleveland Cavaliers (NBA), Cleveland Indians (MLB), or Cleveland Browns (NFL).

Before You Move, You Need To Know:

A Moving and Junk Removal Partner You Can Trust

There you go. By now, all the fears and doubts moving should be melting away. Moving, settling, and thriving in a different location has never been more realistic and breeze with all this info. The cherry on top College HUNKS Hauling Junk & Moving, is here to tackle all your moving and junk removal challenges to make that move to Cleveland a trip to remember. Allow us to help be a part of this positive life-changing move to Cleveland, Ohio.