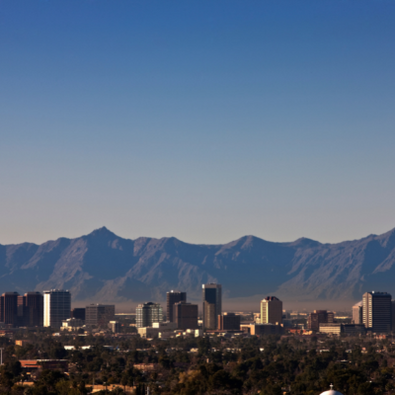 Everything You Need to Know Before Moving to Phoenix, AZ

Are you thinking of moving to Phoenix, AZ? There is a lot to discover about the amazing city that started off as a farming community and now is one of the largest cities in the world. The city is very popular among holidaymakers and investors who flock to Phoenix every year to soak up in the sun and explore emerging economic opportunities.

The name 'Phoenix' was coined by the Englishman Lord Phillip Darrel Duppa, who envisioned a future grand city that arises from the ruins of a former civilization. The city is so large that Phoenicians simply refer to the entire metro area of the city as 'the valley' or 'the Salt River Valley.

Read on to learn more about the largest city in Arizona to find out if it is the right place to which you and your family should relocate to.

Phoenix is the largest and most populous city in Arizona and the fifth most populous in the country. According to the 2019 United States Census Bureau, it has a population of 1.633 million living in the metro area. The populace is made up of a diverse demographic, the largest ethnic groups being White at 42%, Hispanic at 35%, African American at 7%, and Asian at 3%.

Phoenix was started as a settler community in 1867 near the Gila and Salt Rivers. The settlers quickly built canal irrigation systems that spurred the economic and population growth of the settlement, quickly elevating it into a town. Phoenix experienced a population boom in the early 1900s when the city finally built dams and welcomed manufacturing and electronic companies.

Although it looks a lot like a desert, Phoenix receives as much as 15 inches of rainfall every year. The result of such wetness in a seemingly desert land results in beautiful spring wildflowers that give the land a unique multi-colored floral backdrop. Snowbirds flock into Phoenix during the winter months. Birdwatchers from all over the world flock to the city to witness and photograph the spectacle.

Rent and Cost of Living in Phoenix

Phoenix ranks as one of the fastest-growing cities in the country. Realizing what a great beautiful city it is, many people often wonder whether they can afford to relocate to Phoenix, AZ. The answer is quite surprising when they do some research to find that Phoenix is a relatively affordable city to live in.

The cost of housing in Phoenix is much lower than the prices of comparable properties in other cities in the country. For instance, in July 2021, the average rent of a one-bedroom apartment is about $1,545, while a two-bedroom apartment may go for $2,000, according to ApartmentList.

If you are running from the congestion of large cities like NYC, D.C., or Los Angeles, Phoenix may be the perfect soft landing for you. It makes a great home whether you are looking for an affordable place to retire to or a vibrant city to bring up a young family. It is a perfect combination of the open rural skies and the convenient amenities of a developed city.

Thanks to a fast-growing economy, Phoenix has a vibrant and strong job market. Commercial real estate investors aggressively invest in the city, forecasting an even steeper growth in population, economy, and quality of life. With a reasonable cost of living and warm, welcoming climate, Phoenix is very appealing to young tech investors looking for a better hub than San Francisco or Austin.

Beyond the tech and manufacturing employers, Phoenix has a diverse list of large organizations - both private and public - that employ thousands of Phoenicians. These range from healthcare and retail to government education and military services. The top 10 employers in Phoenix, AZ, are:

At the core of Phoenix City's transportation system is the Valley Metro light metro public transportation system. The system supports 'Park-and-Ride,' which is essentially an option for car owners to park their cars at a park and travel into the city on the metro rail.

With considerations for the environment, more and more Phoenicians are ditching cars altogether. The most relied upon forms of transportation are buses, ride-hailing apps Lyft and Uber, and bicycles. When visiting the city, you can rent a car for a short term from various car rental companies.

While the whole state of Arizona may seem to be lacking, the city of Phoenix is miles ahead and boasts of robust education facilities and quality of learning. The city has 505 schools in total, 446 being public and 59 private, according to BestPlaces.net.

Phoenix will be a perfect place for you to find happiness every day if you are an outdoorsy kind of person. There is just so much to see, so much to do, and a lot to explore and experience. The most notable are festivals, live music, and cultural events.

The McDowell Mountain Music Festival, for instance, is a popular festival that attracts thousands of enthusiasts ready to give back to the community. The Phoenix Film Festival is another popular event where over 300 films and movies are screened and showcased at the Harkins Scottsdale 101 theatre over about two weeks.

If you like to shop for good deals, you will love the Phoenix Flea. This modern flea market is popular among shoppers looking for the best deals on vintage and steampunk items and handcrafted art.

Most neighborhoods in Phoenix are known to be tranquil and serene to trendy and upbeat, and everything in between. As you consider starting a new life in Phoenix, AZ, you should perhaps check out the top neighborhoods in the city to give you a rough idea of where to live.

The best features of the Downtown Scottsdale neighborhood are its wide bike paths and many horse trails. It is a hip neighborhood that receives 330 days of sun every year and has an average temperature that barely touches 70. If safety is a concern, this is the neighborhood in which you would want to live.

Packed with retail malls, restaurants, pubs, and places of art and culture, this should be everyone's first choice when looking for the ideal neighborhood to start a life. The city's elite chooses to live in Downtown Phoenix primarily because of the accessible art and the abundant culture. You can live, work, and play here with ease and can even survive without a vehicle, as biking is a more preferred way to get around than driving in this neighborhood.

Also called 'CenPho,' this is a large area made up of multiple neighborhoods between the Downtown and Uptown Phoenix. The communities are characterized by scenic estates, luxury apartments, open spaces, and a green environment.

Are you creative or free-spirited? The Roosevelt Row Arts District comprises modern apartment complexes with top-of-the-range amenities for the young at heart. The residents of this neighborhood get to access top city attractions such as the Hard Museum of Native Cultures and Art and lively bars and clubs all year round.

Paradise Valley is also called 'the jewel of the desert' because it is a desert-like neighborhood built between three mountain ranges. It is most famous for its tranquility and is a great neighborhood for commuters who prefer the rural feel of the valley.

The warehouse district was among the first neighborhoods in Phoenix. This is where horse-drawn carriages and wagons stopped, were serviced, and served. The evidence of its rich history is in the historic buildings featuring 19th-century architecture. Today, the neighborhood is home to bars, restaurants, creative spaces, and many more.

Encanto is an urban living neighborhood with many retail shops in the Park Central Mall area. This is the perfect neighborhood for a person seeking an LGBTQ-friendly community.

Ready to Make Your Move to Phoenix?

If you are thinking of moving to Phoenix, Arizona, it probably is because it consistently ranks among the fastest growing and tech-invested cities in the country. You may find the city relatively affordable, the people warm and friendly, and opportunities to live a full and abundant life.

As you plan, strategize and budget, remember to factor in the process and logistics of the actual move. Contact College HUNKS Hauling Junk and Moving should you need advice or more information on making your move fast and stress-free when the time comes.