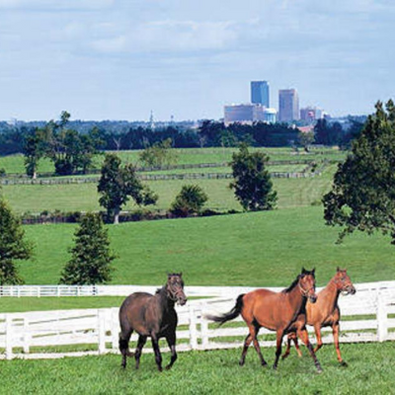 You're thinking about moving to the Louisville area, aren't you? Is it the exploding job market in the Derby City that's pulling you in? Or maybe it's because of the affordable houses there? Or is it the stunning backdrop of natural beauty in Lexington?

We get it. There's a lot to love about both Louisville and Lexington. But you also have a ton of questions, right? What are the best places to live? What will it cost to live there? How long is a one-way commute in the Louisville area? The list is endless.

Here at College HUNKS Hauling Junk & Moving, we understand just how stressful moving can be. To help lift some of the pressure off of your shoulders, we've created this comprehensive guide on moving to the Louisville area. Read on to learn more.

Living in the Louisville Area: The Basics

Louisville has existed as a consolidated county since 2003. It encompasses all of Jefferson County and its metro government.

And for the sake of this moving guide, we're going to focus on the greater Louisville area, which extends to the nearby Lexington.

Louisville on its own had a population of 617,638 people as of 2019. And if you include the metro area and Lexington, it brings the population to well over one million.

At 69.9%, whites make up the bulk of the residents in Louisville and Lexington. Blacks and Latino are also well-represented in these two cities.

The Cost of Living in Louisville & Lexington

When it comes to renting, apartments tend to range from $837 to $1,863, depending on where you want to live. The median house price in Louisville is $251,050 (as of September 2021), up 14.1% compared to a year ago. And if you're interested in buying a home, there's no shortage of affordable and middle-class housing.

To give you a little bit context on how affordable it is to live here, Mental Floss recently ranked Louisville sixth in its list of 11 of the most affordable cities in the US. Both Lexington and Louisville also made it to the U.S. News' best places to live 2020 list.

According to Payscale, the average salary in Louisville is $63,000, which is higher than the national average. Nearby Lexington also offers an attractive environment for job seekers, with a median salary of $59,000.

Perhaps worth noting is that the August 2021 unemployment rates in both Louisville (4.1%) and Lexington (3.2%) dropped considerably at the start of 2021, and are lower than the national average of 5.2%.

Going by data from Zippia, home health aid, physical therapist assistant, and operations analyst are three of the fastest growing jobs in the Louisville area. But that doesn't mean you can't pursue a career in a different niche. According to Indeed.com, there are currently more than 17,000 jobs available in Louisville and 8,000 more in Lexington, all in different niches and industries.

The bottom line is that if you're a job-seeker looking for greener pastures elsewhere, moving to Louisville, KY could be a worthwhile decision.

Getting Around the Louisville Area

Thanks to its basic grid pattern and lack of urban sprawl, Louisville is a very walkable city. But you might still need a car if you plan on working outside Louisville. And even if you don't have a car, you can still use the TARC buses or the free Trolley de 'Ville to get around the city.

The average one-way commute in Louisville takes 22.4 minutes, which is way shorter than the US average of 26.4 minutes. So if you're already sold on moving to Louisville, you can finally say goodbye to early-morning traffic snarl-ups.

As far as walkability goes, Lexington doesn't fair badly either. Most neighborhoods here have a Walk Score of 30-70. Also worth noting is the fact that the town has minimal public transportation, and doesn't have many bike lanes.

Where to Live in the Louisville Area: The Lowdown on the Best Neighborhoods

Both Louisville and Lexington have an overwhelming number of neighborhoods, so we've tried to take the pressure off by mentioning a few of the popular ones.

Within Louisville is one of Kentucky's hottest neighborhoods, Hurstbourne, where nightlife is defined by the many high-end bars and clubs dotting the area. And if you're a golfing buff, there's a golfing course just a stone throw away. Did we mention that the streets and walkways here are safe, pristine, and pet-friendly?

Widely considered as one of the best neighborhoods in Lexington, Chevy Chase-Ashland Park area is where luxury meets convenience. The fact that it's located close to the University of Kentucky and Downtown Lexington makes it an ideal neighborhood for students and young professionals alike. As for housing options, you can choose from the historic homes, updated bungalows from the 1920s, and the ample renovated apartments dotting the area.

Perched east of Downtown Louisville is Crescent Hill, a neighborhood known so much for its lovely, history-laden Victorians as its sturdy bungalows. This place was originally called 'Beargrass' because it sits between two forks of Beargrass Creek. Development occurred during the mid-1800s when the Louisville-Lexington turnpike and the Louisville-Frankfort railroad were being constructed through the area. Since then, more and more people have gravitated to Crescent Hill, and it's now filled with bars, restaurants, shops, and boutiques.

If you're on the hunt for affordable and readily-available housing in Lexington, look no further than Indian Hills-Stonewall Estates-Monticello. The cost of living in this neighborhood is well within reach, so you'll never have to dig deeper into your pockets to sustain your family. And besides, one of the best schools in the state of Kentucky—Jessie M Clark Middle School—is found in this area. All things considered, Indian Hills is an ideal neighborhood for both young families and students.

Quite a few articles have been written about this popular triangular-shaped Louisville community that staunchly believes in New Urbanism, a concept of suburban development that eliminates the role of the automobile by placing retail, education, housing, and entertainment within walking distances of each other. So if you'd rather walk to work or ride a bicycle than drive, then Cherokee Triangle is the neighborhood for you.

A suburban neighborhood located just 4.1 miles from Downtown Lexington, Brookhaven-Lansdowne is mainly comprised of single-family homes and small to medium-sized apartment complexes. The best part? Rents here are actually lower in price than 61.9% of Kentucky neighborhoods.

Things to Do in the Louisville Area

The city of Louisville is considered a world-renowned destination for art lovers. For instance, you can visit the Muhammad Ali Center, a state of the art museum that tells the story of the great Muhammad Ali. Other must-see museums in Louisville include 21c Louisville Museum and the Speed Art Museum.

From the popular Kentucky Horse Farm to the elegantly decorated race grounds at Keeneland, there's no shortage of things to see in the "horse capital of the world". Relocating to Lexington ensures that you get a front-row-seat to some of the best horse racecourses in the world.

In Louisville, the winters are very cold and wet, the summers are hot and muggy, and it's partly cloudy year round. Despite the extreme weather here, there's no shortage of fun things to do.

The Pros and the Cons

The Pros of Moving to the Louisville Area

The Cons of Moving to the Louisville Area

Ready to Move to Louisville or Lexington?

Moving is a pretty difficult decision. We get it. Trust us. With that said, there are some pretty great reasons to call the Louisville area home. Its access to the great outdoors is unparalleled. It boasts a ridiculously low cost of living. And, it offers a culture you have to experience to fully comprehend.

If you decide to take the plunge and move, don't hesitate to reach out to the premier moving professionals at College HUNKS Hauling Junk & Moving. In each move that we facilitate, we stand by our overarching values of reliability, honesty, and trustworthiness. Count on us to make your upcoming move to Louisville or Lexington as stress-free as possible.