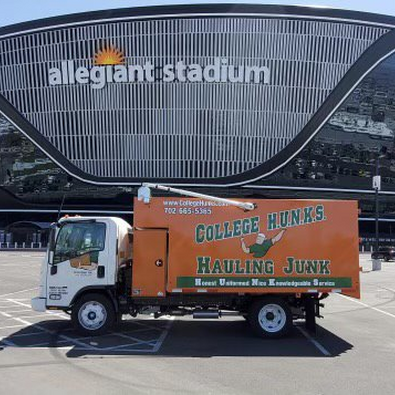 America offers some world-class cities. New York, San Francisco, and Chicago immediately come to mind. But living in some of these destinations is not always a bed of roses.

Over the years, residents of these overrated cities have learned when to fold 'em, when to walk away, and sometimes when to run.

And when many choose to run, they run to Las Vegas, Nevada.

Why You May Relocate to Las Vegas

There's a lot more to Las Vegas than the glitz and glam, neon lights, and the sprawling metropolis that sent many westward along the frontiers to "sin city."

Hidden beyond the neon lights is a lively community that makes many want to call Las Vegas home. You may find yourself gambling with the idea of moving to Las Vegas because of its:

Depending on where you're moving from and your job, relocating to Las Vegas may represent a 6-13% pay increase. Nevada has no state income tax, and that alone is enough to send many people packing to desert town.

However, keep in mind that there's an 8.38% sales tax in Nevada; you can't win all the time.

Like many, you may move to Las Vegas because you are tired of long and cruel winters. The city of lights is the closest thing to an endless summer this side of large, affordable cities.

It averages 300 days of sunshine each year and a few dozen days of rain. But don't celebrate yet. That sunshine brings a lot of heat with it.

Despite the recent increases, your dollars go farther in Las Vegas. The average rent for an apartment is $1,263, a far cry from the fortune you would have to cough up to put a roof above your head in some major cities.

Oh, and the utilities are cheap too. It costs about $148 utilities a month for a 915 sq. ft. apartment, and the internet costs are about $68 a month.

Where do People Relocate To in Las Vegas?

Like any other American city, Las Vegas is blessed with a variety of neighborhoods, suburbs, and communities that make it easy to find a place to call home.

These may not be the prime celebrity-infested neighborhoods in Las Vegas, but they offer a little bit of everything. They are a blend of affordable housing, good schools, breathtaking landscapes, and amazing nightlife./p>

That's why everybody wants to move there. They are frequently mentioned on Zumper guides and include:

Las Vegas has an estimated population of;667,501 people, making it the 25th most populous city in America. The population density in Las Vegas is about 4,385 people per square mile. However, this density is unevenly distributed throughout the city.

Most people are concentrated around the major cities and suburbs such as Henderson, the Vegas strip, and along I-15.

Comparisons between Las Vegas and the Rest of the Nation

Well, you're probably wondering how Las Vegas stacks up when compared to the rest of the country. Given that Las Vegas and its neighborhoods rank high in any ''fastest-growing'' list, Sin City is doing one or two things right.

Las Vegas has a 3% higher cost of living than the national average, which is not bad considering that there are places in Mississippi pulling down that average.

Pre-pandemic unemployment rates for Las Vegas were about 4.7%, which was 1% higher than the national average of 3.7%.

The pandemic hit the Las Vegas economy pretty hard, and it has since been in recovery. The Las Vegas unemployment rate was 8.3% in February 2021, which was 2% higher than the national average of 6.2%.

Future job growth in Las Vegas is estimated to be 39%, a few points higher than the US average of 33.5%.

Recent job growth statistics had a pre-pandemic average of 3.5%, which is 2% higher than the nation's average of 1.6%.

Nearly a quarter of Las Vegas citizens have a bachelor's degree. At 24.5%, this is ten points shy of the national average of 35% .

You can hardly survive in America without a car, and Las Vegas is no exception. It will take you an average of 25.4 minutes to commute in Las Vegas which is on par with the national average of 26.4 minutes.

Most public parking in Las Vegas is open to the public, with parking costs an average of $4. On a monthly basis, city hall parking in Henderson costs less than $100, a far cry from the $700 it costs in the New York-Jersey Metropolitan area.

The largest employer in Las Vegas is the Nellis Air force Base, which contributes about 13,000 jobs to the Las Vegas economy.

Other honorable mentions include the Las Vegas Metropolitan Police with 7,000 jobs and both the Flamingo Las Vegas Hotel and CSN at 6,000 jobs each.

Life in Las Vegas offers a little bit of everything. It's a sprawling American city in the desert, with tourist attractions, attractive nightlife, casinos, and a memorable restaurant scene.

To live in Las Vegas, you'll first have to get around. Mostly it'll be by car but sometimes by public transit. The city's main public transportation is the RTC which stands for Regional Transportation Commission of Southern Nevada.

There's also the Downtown Loop- a free shuttle the city offers on weekends and throughout the week. As far as traffic goes, avoid The Spaghetti Bowl and the Vegas Strip, and you'll be fine.

One of the first things you'll know as a Las Vegas resident is that the Vegas strip isn't in Las Vegas. It's in Paradise, Nevada.

But the entertainment center of the world has a lot more to offer beyond the famous casinos of the Vegas strip.

The Las Vegas food scene is a marvel of its own. For starters, Las Vegas has 40 million yearly visitors, and they all have to eat good food.

This culinary magic unfolds in the steak houses of downtown Las Vegas, the splashy hip restaurants in the suburbs, and the many pizzerias dotting the city.

There isn't a lot to write about the Las Vegas nightlife; you have to be there to experience it. You start at the world-renowned hotels and casinos such as MGM and then move to the cultural bars that punctuate Downtown Las Vegas, then to the isolated Americana honkytonks at the edges. You just have to be there.

Once in a while, you may wish to escape from the chaos of Sin City into places of silence and reflection. These are the Las Vegas parks and Libraries.

Popular libraries include the City of North Las Vegas Library district, the Clark County Library, and the Centennial Hills Library.

Museums and Other Attractions

Wherever you are in Las Vegas, you'll always be a short drive away from some of the most breathtaking sceneries and cultural places and places in America.

Life in Las Vegas is experienced outdoors. The Las Vegas outdoors is so famous that the Guardian wrote an article about it in 2011.

You could be Jumping 350 meters off the Stratosphere in the Vegas strip today and Kayaking the Colorado River tomorrow. The options are endless.

And if that's not enough, places like Red Rock Canyon have free access to the public and only costs $3 per bicycle and $7 per car.

Nevada ranks 40th in education overall out of 49 other states. However, Nevada performs better at higher education, ranking at 9th.

The graduation rates for Nevada high school students is 83.2% which is two points lower than the national average of 85.3%

If you are moving from one town in Las Vegas to another or from another city in Nevada, the only consideration you have to make is the cost of moving.

If you are moving from another state or city to Nevada, these are some considerations to make:

Upsides of Living in Las Vegas

There are a lot of benefits that come with living and moving to Las Vegas. They include:

Downsides Of Living In Las Vegas

Before you pack like a pro and move, remember that living and moving to Las Vegas also comes with its fair share of disadvantages. They include:

Do you have your eyes set on Las Vegas? Is it your current dream destination? We know how stressful moving can become. We suggest you leave it to the experts.

College HUNKS Hauling Junk & Moving can make your move to Las Vegas effortless. Our moving professionals have the expertise and experience to move you safer and quicker at affordable rates. Contact us for a free estimate for any of our services.