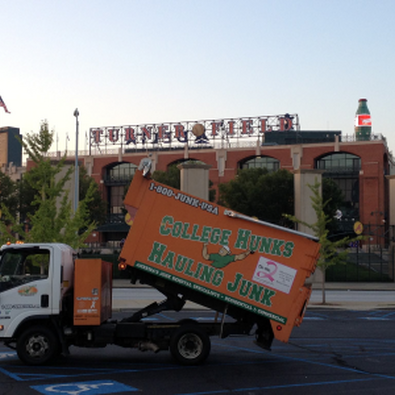 Everything You Need to Know When Moving to or Around Atlanta, GA

Recent migration patterns are trending south, and Americans of all walks of life are moving to this side of the country. There's one city that never misses the headlines, Atlanta.

Have you been considering making the city of peaches and pines your home? You've probably been craving that sweet tea, served with southern hospitality with an accent that lingers in mind for a moment.

Well then, we're heading down south to Atlanta, GA.

Why You Should Move To Atlanta GA

Metro Atlanta added 730,000 more people in the last decade, and behind such massive migration ought to be plenty of reasons. People move to Atlanta because of its:

One of Atlanta's nicknames is "Hotlanta", which is testament to the nation's perception of the city as hot and humid.

However, contrary to popular belief there is more to Atlanta weather than humidity and sunshine. Atlanta has moderate weather with four clear-cut seasons. The summers are hot and humid. Then there's a mild fall, moderately chilly winter, and a picturesque spring.

Atlanta's booming economy is one reason you may want to move there. It's one of the best cities for recent college grads. As other cities spent the last decade declaring war on entrepreneurship, Atlanta was building an enabling environment.

Atlanta's culture is a sight to behold, and that's why many move there. This predominantly southern conservative city, with lots of history, became the second home of popular culture.

This "Hollywood in the South" is a proud home of many celebrities like Migos, T.I, Elton John, Cardi B, Kenny Rogers, and the various forms of entertainment they make.

Most of the South is more affordable, and Atlanta is no exception. The median price for a home in Atlanta is $390,000, which will get you far less in higher-priced markets like San Francisco or LA.

Atlanta is one of the major cities that is majority black. Above that, Atlanta also has one of the highest concentrations of LGBTQ people right behind New York and Los Angeles. This makes Atlanta a destination for minorities who want to feel at home.

What You Need To Know About Atlanta

There's a lot to unpack about the ATL. Some of the things you know about Atlanta before you settle on it as a destination include its:

However, Atlanta residents manage to make their community warm and close-knit regardless of where they are. As they say in Atlanta, "everybody knows everybody."

You're probably wondering what your life will be like in this green Southern city. Atlanta strikes a delicate balance between that small town simplicity and complex city feel.

Many cities die once the sun goes down, not Atlanta. That's when the party begins. You could hit the many bars and clubs in Atlanta, roof-top pool parties overlooking the skyline, live music at the Fox Theater, or just a simple dinner at one of the many restaurants that the darkness brings to life.

There isn't a lot to write about public transit in Atlanta. Apart from MARTA, the city's mass transit network, you'll probably need a car to get around the city.

Only 10% of metro Atlanta residents who use public transit can get to work within half an hour. Atlanta has a lot of good things. Public transit isn't one of them.

Museums and Other Attractions

If you want to relive some of the defining moments of our history, then Atlanta is the place to be. That said, Atlanta is home to the Martin Luther King Memorial and many other civil rights museums and memorials.

Be sure to stop by the National Center for Civil and Human Rights, Atlanta History Center, Jimmy Carter Library & Museum, and the College Football Hall Of Fame. All but the last one is free.

There is room for improvement as far as public education in Atlanta is concerned. However, Atlanta offers a blend of public, private, and charter schools to educate its young population.

Then there are famed colleges such as the Georgia State University, Georgia Institute Of Technology, and Spelman college, all that come with great campus leagues and small beautiful college towns.

Atlanta is a green city with a moderate climate and streets beneath the canopies. This can only mean one thing, outdoors.

Bring with you a bucket list and a pen. You can be cycling beneath the canopies of the Eastside trail, or you could drive a few minutes and hike Stone Mountain, explore the waterfalls and the famed Chattahoochee national park.

Some of Atlanta's most beloved and notable parks include the botanical gardens of Piedmont Park, the downtown Centennial Olympic Park that hosted the Olympics, and Stone Mountain. All are a brief drive and within reach of city residents.

Many people come to Southern cities like Atlanta for the economy; they stay for the food. Point at any Atlanta street, and I'll show you fine dining, delicious delicacies, and breathtaking cuisines.

Atlanta is dotted by decade-old restaurants rich in tradition, new arrivals, and a diverse menu. It's a culinary experiment that unfolds in foodie districts like West Midtown, Bacchanalia, Canoe, and Casual Fare.

Then there's the hip and classy bars that dot the suburbs, pubs lining the street corners, and the Western honkytonks that punctuate the downtown.

The Hartsfield Jackson Atlanta Airport, at the heart of Atlanta, is one of the world's largest international airports. From here you can travel to the rest of America, and almost anywhere else in the world.

How Does Atlanta Compare To The Rest Of The Nation?

Anybody can say that their city is good, but compared to what? To put a city's performance into context, you have to make comparisons. You're probably wondering how Atlanta stacks against the rest of the nation.

Sadly, that Southern hospitality ends the moment one enters a vehicle. The average commute time in Atlanta by public car is 35 minutes, which is the fourth worst in the nation.

By bus, it takes an average of 53 minutes to travel in Atlanta, which is pretty bad, second only to Los Angeles.

That said, parking in Atlanta is the third cheapest in the nation, and Atlanta has nine parking spaces for each car.

The median home price in metro Atlanta was $390,000 in January 2021. This is an 18% increase compared to a year ago, primarily caused by an increase in demand, low supply and low interest rates.

This amount is a few thousand bucks above America's median home price of $347,500 during Q1 2021. Remember that these averages are comparisons between Metro Atlanta and the rest of America, including home prices in rural Mississippi.

According to Census.gov, 90.9% of people in Atlanta have a high school diploma. Furthermore, 50.5% of adults above the age of 25 in the Atlanta area have a college degree.

This is higher than the national average of 33% of Americans above 25 with a college degree, making it one of the most educated cities in America.

Where Should You Move To In Atlanta?

There's a place for everyone in Atlanta. You want a quaint Victorian-style home with a wealth of history. Fine. Or is a hip modern townhouse your heart's desire, Done. Or maybe you want the good old suburban lifestyle. It's yours to have. Some of the hottest neighborhoods in Atlanta are:

These are those neighborhoods that everybody wants to move to. They are a blend of everything people ever wished for in a community. They offer security, diversity, scenery, and affordability as a cherry on top. These neighborhoods are:

Upsides Of Living In Atlanta

Things To Note Before Making That Move

Atlanta has a lot going for it, but before you pack like a pro and move there, there are a few not-so-great things you should be aware of:

If you're moving within Georgia or the city itself, the only thing to consider is the cost which varies from place to place.

If you're moving across state lines to Atlanta, there's a lot more to consider outside the cost. These include:

College HUNKS Hauling Junk & Moving can make your move to Atlanta effortless. Our moving professionals have the expertise and experience to move you safer and quicker at affordable rates. Contact us for a free estimate for any of our services.