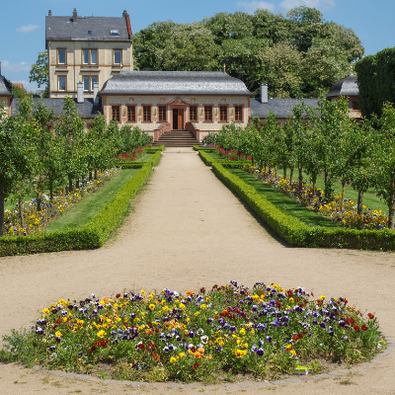 Everything You Need to Know Before Moving to Prince George's County

You probably know Washington DC as the national capital and an international city with residents and visitors from all over the United States and the world. What you may not know is that a majority of its residents and workers live in a handful of counties surrounding the city - top among them Prince George's County in Maryland.

Prince George's County, or plainly PG County, is in south-central Maryland. The county was officially founded in April 1696 and was named after Prince George's of Denmark, the husband of Queen Anne of England. It borders Washington DC and Potomac River to the west and Patuxent River to the east and northeast.

The county is best known for being home to the Gaylord National Resort, MGM National Harbor, and the NASA Space Flight Center. If you are planning to relocate here, there is much more to the county than what non-residents know it for. Read on to discover all you need to know before finalizing your moving plans.

Prince George's County covers an area of 499 square miles, of which 483 is land cover. According to the United States Census Bureau, the population estimate of Prince George's County as of July 2019 was 909,327, with a median age of 37.8 years. This works out to a population density of about 1883 people per square mile. The county's population has been on a steady increase since the 2010 census, when it had 804,029 residents. Here is the racial breakdown of the populace.

Overall, it is cheaper to live in Prince George's County than in the surrounding cities. For instance, the prices of commodities and rent are much lower in the county than in DC or Baltimore, its closest popular cities. However, due to its proximity to the national capital, the costs of living are noticeably higher than the national average.

Prince George's County has one of the largest and most advanced technology and aerospace sectors in the United States. Also, thanks to its proximity to the national capital and the economic vibrancy of Maryland state and Baltimore City, there are always job opportunities in almost every industry outside the county. Unfortunately, the rate of unemployment in the county as of August 2021 was 7.9%, according to YCharts, a figure significantly higher than the national average of 5.2 according to the US Bureau of Labor Statistics.

According to the United States Census Bureau, about 86.7% of people aged 25 and older in PG County held a bachelor's degree while 33.1% graduated high school.

Here is the list of the top employers in the county according to the Maryland Government Department of Commerce are:

The most popular way to get around in Prince George's County is via TheBus, a fixed-route bus system operated by the Prince George's County Department of Public Works and Transportation. TheBus is a county-wide mass transportation service that charges a flat fare rate of between $1 and $2 for all destinations along its 25 routes. The service is also rolling out a MetroAccess paratransit system designed to be passenger-friendly to the disabled.

The Maryland Rail Commuter line (MARC) is another popular mass transit system that connects the county to Baltimore and DC. It has nine locations in the county and charges one-way fares of between $5 and $17 depending on the distance traveled. Other rail services connecting PG County to the outside world are Norfolk Southern Railway, Amtrak Metroliner, and CSX Transportation.

The Washington Metropolitan Area Transit Authority (WMATA) also offers bus and rail services with 15 stations within the county. If you would rather travel on water, the Port of Baltimore serves the county with a 50-foot channel and seven public terminals.

Prince George's County has three airports that are accessible by bus, shuttle van, and train. They are:

Despite all the transportation infrastructure development, traffic is still a problem in Prince George's County. This is largely because a majority of the population prefer to get around by private cars. On average, a one-way commute in the county takes 36.9 minutes, much longer than the national average of 26.4 minutes, according to BestPlaces.net.

The culture of Prince George's County varies significantly by location. The county can be culturally split into five regions: North, Central, South, Rural, and Inner Beltway. While these regions are not formally defined, the major aspects of their cultures - including how they refer to themselves, home styles, neighborhoods, and general vibe.

When you visit the county, be sure to stop by all the locations to enjoy their unique cultures and taste different foods. Here are some of the top restaurant recommendations to add to your list of places to check out:

Prince George's County experiences a humid subtropical climate that is greatly influenced by the Atlantic Ocean and the Chesapeake Bay. The county receives an average of 44 inches of rain and 14 inches of snow annually.

On average, there are 203 sunny days while some level of precipitation is recorded about 110 days per year, according to BestPlaces.net. At the peak of winter in January, the temperatures in the county drop to as low as 28°F but can rise to as high as 65°F in the summer heat of July.

If you plan on visiting Prince George's County, the most pleasant months are May, June, and September. Here are the top attractions in the county to add to your bucket list:

Here are some of the top outdoor activities you can do in Prince George's County:

The quality of life and cost of living in Prince George's County is by large determined by where you choose to live. Here are some of the top neighborhoods anyone considering relocating to the county should consider:

This is the seat of the county. It is one of the most popular and populated towns in the county.

This neighborhood is popular for being very diverse and serene. It is located between Charles County and Eagle Harbor.

One of the most prosperous and well-planned neighborhoods in the county. This is an ideal neighborhood for anyone looking for a laid-back suburban living near major roads and amenities.

Baden is another popular suburban neighborhood. It is in the southeastern region of the county.

Home to the National Capital Park and Mary Surratt House Museum. There are lots of open spaces and playgrounds in this neighborhood.

Croom has developed into a quiet residential area after conversion from tobacco farms. It borders Patuxent River Park and the Jug Bay Natural Area.

This is the newest and southernmost neighborhood in the county. It is a fast-growing neighborhood popular for new shopping malls and entertainment spots.

This neighborhood is next to the US Highway 301. It is named after Cheltenham in Gloucestershire, England.

This is a large suburban area on the banks of the Potomac River. It has many residential neighborhoods, including Accokeek Acres, White Hall, Acco Park, Auburn, Ayres, White Hall Terrace, and White Hall Forest.

The Prince George's County Public Schools System (PGCPS) is in charge of public education in the county. The school system is the second-largest in Maryland, with over 136,500 students enrolled and over 22,000 employees as of 2021. The system serves diverse student populations from the rural, suburban, and urban communities of the county.

If you have school-going children in your family and would want to consider enrolling them in a public school in Prince George's County, you should take the time to understand how PGCPS works and what services they offer. For instance, the board provides and coordinates transportation of school children and is in charge of coordinating the relationship between schools and the community.

The PGCPS oversees all education levels and educational institutions in the county, including elementary schools, middle schools, high schools, and magnet schools. Visit the PGCPS website to view a list of schools and their locations.

Cons: Why You May Reconsider Moving to Prince George's County

Ready for your move to Prince George’s County?

Prince George's County is a fascinating place to relocate to. However, like anywhere else in the country, it suffers common misconceptions - largely regarding diversity, crime, and quality of life. The county has a rich history and vibrant cultures into which anyone can fit.

The challenging part of moving to Prince George's County would be choosing which part of the county to move to. To make the right choice, you should take the time to visit the different potential places and determine which ones best suit your lifestyle. When you make up your mind, contact College HUNKS Hauling Junk & Moving to get professional assistance with the logistics and heavy lifting of the move