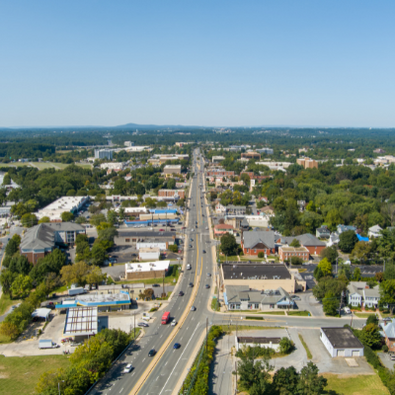 Everything You Need to Know Before Moving to Frederick, MD

With its clustered spires, skyline, and picturesque mountains, Frederick town is the de facto gateway to western Maryland. The town is a popular destination for tourists largely because it is just an hour's drive from D.C. and Baltimore.

If you are considering moving to Frederick, there is a lot you should know about the town. The most important is that it offers its residents a dense and lively suburban feel. This feel attracts many young professionals and people setting down to start families. Perhaps the best part is that the residents generally have moderate political views, making the city accommodating to people of any political leanings.

Frederick town is the county seat of Frederick County in Maryland. It is also the second-largest city in the state after Baltimore. According to the U.S. Census Bureau, the town had a population of 72,244 in 2019. The city spans over an area of 23.8 square miles, bringing its population density to slightly over 3,010 people per square mile.

Frederick town is a very diverse city. Based on the recent census, here is a breakdown of the racial makeup of the town:

Between 2015 and 2019, the median household income in Frederick town was $76,118, a figure significantly higher than the national average of $62,843 in the same period. According to the U.S. Census Bureau, about 11.1% of the residents of Frederick city lived in poverty in 2019, which is slightly lower than the national figure of 11.4%.

The higher per capita income, coupled with the city's location as a major crossroad since colonial times, makes Frederick a tad more expensive to live in compared to the national average. For instance, the cost of buying a home is higher than most cities of comparable size on the East Coast.

About six in ten residents in Frederick city live in their own homes. According to the U.S. Census Bureau, the median value of an owner-occupied house was $270,400 in 2019. This was more expensive than the national average house price of $217,500 in the same period. The median gross rent in the city, according to Niche, is $1,396, about 30% higher than the national gross median rent of $1,062.

If you plan on getting a job when you move to Frederick, you better start hunting. The top 10 employers in the city as of 2021, according to Frederick Economic Development, are:

The most convenient and affordable way to get around in Frederick is via the TransIT public transit. TransIT offers public transportation, paratransit, and commuter services to individuals and organizations. It connects destinations with over ten routes crisscrossing the urbanized centers of the city.

TransIT charges fare with tokens that cost as little as $1.50 for one-way rides for the general public and $0.75 for seniors and disabled persons. Commuters and students can subscribe for monthly or 10-trip passes for as little as $7 to save costs.

There are other ways to get around in Frederick city. AMTRAK, Metrorail, and MARC Commuter Rail are popular ways to get in and out of the city cheaply. Greyhound Bus, Metrobus, MTA commuter bus, and Bayrunner Shuttles also operate within and outside the city.

The roads in the town are in excellent condition. The city government puts a lot of effort into making the city's streets walkable and bicycle-friendly. However, traffic during peak hours is still a challenge since most commuting workers prefer to drive to work.

According to BestPlaces.net, the average one-way commute time in Frederick is 31.9 minutes, almost five whole minutes more than the national average of 26.4 minutes. Parking can be scarce during the week, but parking services are well-organized and conveniently accessible via a mobile app.

The city of Frederick boasts of a deep culture of innovation, technological discoveries, and medical research. Yet, it retains the charm of a small town with a rich artistic and cultural tradition that includes a Cultural Arts Center and numerous theatre groups.

Downtown Frederick is a cultural hotspot with tens of unique shops, restaurants, and historical attractions. Market Street, for instance, is a popular visitors center with many historical centers to check out. Whether you are artistic at heart or just appreciate beautiful art, you will enjoy living in Frederick.

Here are a few of the best restaurants you can sample good food at when you visit Frederick:

Weather and Things to Do

The town Frederick has a warm and temperate climate, and it is partly cloudy most of the year. The region receives significant rainfall year-round, including the hot months. The summers are hot and humid, and the winters cold and snowy. According to WeatherSpark, the temperatures in Maryland typically vary from 24°F to 89°F but it rarely ever drops below 11°F or rises above 97°F.

When you visit Frederick the first time, you may be spoilt for choice on what to do; the town offers an abundance of places to visit, things to do, and sceneries to enjoy. Here are some of the best things you can do in the city.

Unlike in many cities where most neighborhoods are either white-collar or blue-collar, Frederick has a mixture of its workforce living in almost every neighborhood. Frederick is a city filled with professionals, office workers, sales and marketers, and service providers. Somehow, anyone can live in any neighborhood. Here are the most notable neighborhoods you should check out when you visit.

This is by far the most popular and also high-priced neighborhood. Residents here have easy access to fine art galleries, fresh foods stores, the best restaurants and dining, and live entertainment

This is a suburban estate made up of medium (three to four bedroom) to large (four to five-bedroom) houses. Most homes are beautiful new houses built within the last two decades.

This is a popular neighborhood for renters. The suburban neighborhood is an ideal choice for college students seeking small apartments with affordable rent.

Is walkability an important consideration when choosing a neighborhood for you? If so, you will love Frederick Heights.

This is a well-planned community on the eastern edge of Frederick city. It comprises close to 500 family homes, condos, townhouses, and high-rise buildings on 58-acre land.

Taskers Chance - This is a community of over 700 homes located along the Golden Mile Highway.

This neighborhood is most popular among young families. It may be a little denser than most others in the city, but it is home to the best amenities, including schools, parks, and shopping malls.

If you have a young family or are hoping to raise one soon, then accessibility to good schools should be on top of your priority list while choosing a neighborhood to move into in Frederick. The city has some of the highest-rated public schools in the country, but it also ranks lowly in teachers' salaries.

Here are some of the top schools in the city based on data collected and analyzed by U.S. News.

There are 36 elementary schools in Frederick. The most notable are:

Frederick has 16 middle schools spread all over the city. Here are the top schools you should know about:

The top high schools in Frederick are:

Things to Consider Before Moving to Frederick

Ready for your Move to Frederick?

Frederick city offers all the comforts and amenities of a small town with a suburban lifestyle. The town is full of shops, art galleries, restaurants and bars, and beautiful historic buildings. It also has some of the top schools in the country and is on top of the reasons why young professionals and their families are relocating here. The best part is that the town is surrounded by picturesque mountain ranges and gorgeous natural scenery.

If you are planning on moving to Frederick, there is a lot to discover before making your mind up. This post is a great starting point, but you should also talk to an expert with moving experience to learn what other relocators learned during their move. Contact College HUNKS Hauling Junk & Moving today for practical advice as you finalize your plans to move to Frederick.