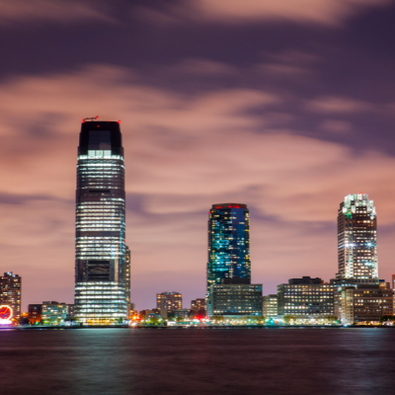 Everything You Need to Know Before Moving to Cherry Hill, NJ

Cherry Hill is the largest township in Camden County, New Jersey, located to the east of the Delaware River and Philadelphia, Pennsylvania. In 2016, Time's Money Magazine listed Cherry Hill on top of its Best Places to Live List for its cost of living, quality of schools, and low crime rate.

In the last two weeks of April, over 1400 cherry trees lining the two miles between King's Highway and Route 38 blossom in an annual must-see pink spectacle that makes its residents proud. If you are planning on moving to Cherry Hill, there is a lot the township has to offer its residents. Read on to discover the most important things to know about the township before you move.

According to the U.S. Census Bureau, Cherry Hill had an estimated population of 71,254 as of July 2019. As the township sits on a 24.1 square mile area, it translates to a population density of 2,948.3 per square mile. Here is the racial makeup of the township:

According to Salary.com, the cost of living in Cherry Hill is higher than the national average by about 13.7%. Considering that the township is highly desirable and affluent, goods and services cost a little higher than most other places in Philadelphia. In particular, expect to pay more for housing, groceries, utilities, transportation, and healthcare.

If you plan on renting when you move to Cherry Hill, RENTCafé, estimates that the average rent for a 956 sq. ft. apartment is $1,953 per month.

Here are the top ten employers in Cherry Hill according to Niche:

Many residents of Cherry Hill live within the municipality but commute to work elsewhere. Public transportation in the township and neighboring towns and cities is robust and reliable. Fares are affordably low as well, with the average price of a bus ticket ranging between $1 - $4.

Bolt Bus Cherry Hill is a popular way to get around town. Because many residents of the township commute outside the town, traffic is not uncommon during peak hours. The average commute time in Cherry Hill, according to BestPlaces.net, is 27.9 minutes, slightly longer than the national average of 26.4 minutes.

A majority of the Cherry Hill working population drives to work. While there are plenty of parking spots, most of them free for up to two hours, finding a spot during the week can be a bit of a hassle. Learn more about on-street parking regulations and fees here.

Cherry Hill is a popular hub for shopping and entertainment. No matter where you are in the township, there will always be a top-rated restaurant, shopping mall, or retail outlet close by.

Cherry Hill Mall and Marlton Pike farm market are popular destinations for first-timers in the township, as they are concentration points for restaurants and businesses.

Visitors from Philadelphia often take the 15-minute trip to Cherry Hill to experience the unique laid-back vibe the restaurants in the township have to offer. When you are in town, be sure to check out the Italian and seafood options offered at the Caffe Aldo Lamberti or try Thai or Chinese cuisine at the Hong Kong Fusion. The American and vegan dishes offered at the Ponzio's are a true representation of how the local New Jersey foods have evolved over the past half a decade on the Hill.

There are countless bars and clubs you can hang out and have fun in Cherry Hill when you have the time. Some of the most popular include the Vera Bar and Grill on Marlton Pike, Blue Monkey Tavern, Kaminski's Bar and Grill on Brace Rd., and Jay's Elbow Room, offering local brews and late night bites.

Despite its small size, Cherry Hill township has over 50 public parks, most of which have recreational and playground equipment. These include walking paths, athletic fields, basketball and tennis courts, and open areas for picnicking. In addition, there are three parks in the township owned by Camden County.

The most notable of the public parks is the Croft Farm. The landmark park is a historic landmark that is also home to the Cherry Hill Arts Center. The center is a community resource for teaching art classes and hosting seminars and concerts.

There are many great attractions that you must see when you visit Cherry Hill. The most notable are the Barclay Farmstead on Barclay Lane, and the Esther Raab Holocaust and the Garden Discovery Museums. The Woodcrest Country Club on Eversham Rd., Jake's Place playground on Bortons Mill Rd., and the 9/11 Memorial on Marlkress Rd. are also must-visit attractions in Cherry Hill.

Camden County has a humid subtropical climate. The summers are humid, warm, and wet and the winters cold and snowy. According to WeatherSpark, it is partly cloudy all year round in Cherry Hill, with temperatures varying between  26°F to 87°F, but rarely below 13°F or above 94°F.

The outdoors of Cherry Hill come to life when the cold season ends around mid-March till mid-June when it starts to get too hot to be out in the midday sun. During this time, the locals engage in all kinds of outdoor activities, the most popular being water activities, cycling, walking along paved trails, picnicking, and arts and cultural events.

There are 15 neighborhoods in Cherry Hill, all of which are family-friendly, diverse, and featuring a wide range of homes and apartments. As you plan to move to the township, be sure to check out these neighborhoods when you visit.

This neighborhood boasts of many architecturally diverse single family homes. It is one of the most desirable places to live in Cherry Hill.

This is a quiet neighborhood best known for reasonably-priced spacious homes in the Northwest part of the township. Its best feature is the dense mature trees forest that surrounds the neighborhood.

As the name hints, the popular Cherry Hill Mall is within this neighborhood. There is a high concentration of shopping plazas, dining restaurants within Cherry Hill Mall. The neighborhood is located at the intersection of Haddonfield Road and Route 70.

If you are looking to settle in a sparsely populated neighborhood with a suburban vibe, you must check out Barclay Farm. Most of the houses in this neighborhood are large three to four bedroom single family homes and apartment complexes.

Most residents of Willowdale live in their own homes. They are wealthy with upper-level careers and a significant percentage are of Russian and Eastern European heritage.

Popular among young families for its reasonably priced mid-sized homes.

This is an unincorporated community of about 11,000 residents.

An upper-middle income neighborhood off highway 295

The neighborhood is named after the Coffin family. It is located at the crossroads of Haddonfield-Berlin Road bordering Voorhees.

The Golden Triangle is popular among residents who commute to Philly due to its proximity to the city.

One of the most affluent suburban neighborhoods in the township. Most residents live in their own homes in this neighborhood.

Springdale is a wealthy neighborhood bordered by the North-Branch Cooper River to the North and East.

The Cherry Hill Public Schools system operates 19 schools. In 2020, the system served over 10,000 students and had over 1,500 employees. The Board of Education is responsible for providing efficient education for the children in the community and coming up with policy to necessitate thorough education.

There are also a number of private schools operating in Cherry Hill. These include the Resurrection Regional Catholic School operated by the Roman Catholic Diocese of Camden, The King's Christian School, and Politz Day School. In addition, Camden County College operates three campuses in Cherry Hill.

Ready to Move to Cherry Hill?

Moving can be very stressful, especially when you have to start a permanent life in a new place. As you plan to move to Cherry Hill, it is crucial that you learn as much as you can about the township before you start packing. Luckily, this township is diverse and the residents are friendly and welcoming.

To ease your stress, you should make a solid plan and stick to it. Find a dependable mover that knows Cherry Hill well to do all the heavy lifting - including packing, hauling, and unpacking - to make moving easier and stress-free for you. When you are ready to move to Cherry Hill, contact College HUNKS Hauling Junk & Moving to make the process easier and less stressful.