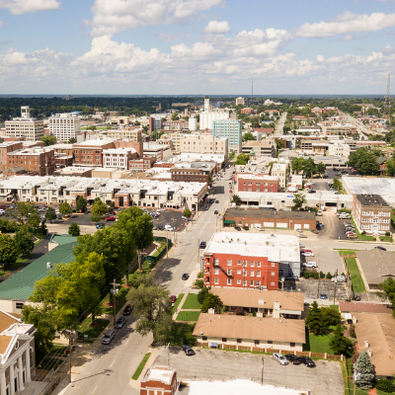 Everything You Need to Know About Moving to Bucks County, PA

There aren't many places in the mid-Atlantic more chock-full of charm than bucolic Bucks County, PA. This historic area, just north of Philadelphia, is loaded with Revolutionary War sites—George Washington and his troops made camp in Bucks County while they prepared for their crossing of the nearby Delaware River in 1776, In case you missed this part of history class, this legendary surprise attack on the Hessian forces turned out to be the defining moment of the war. So the town of Washington Crossing commemorates the General and the battle.

Bucks County has lots of thriving townships surrounding the county seat of Doylestown, along with great schools, lots of career opportunities, and a culture and nightlife completely independent of nearby Philly.

Bucks County By The Numbers

The demographics of an area are a good place to start learning about everything from population to education levels. It's hard to figure out how many "towns" are in the county; there are townships, boroughs, census-designated places, and unincorporated communities. The following is US Census data from 2019.

These numbers paint a picture of a relatively well-educated area that is mostly white and educated, but that almost 13% of households don't speak English at home indicates some diversity that aren't clear in the raw demographics. Increasing diversity has long been a challenge for Philadelphia and the suburban counties surrounding the metro area. Geographically, Bucks County covers just over 600 square miles, with a population density of 1,037 per square mile. Overall, it's a fairly rural environment, with lots of villages and an old-fashioned Main Street feel in the communities.

Where to Live in Bucks County

With so many charming small towns and villages, nailing down the best of Bucks County isn't easy. There are three fairly distinct parts of the county—Upper, Lower, and Central—and each has a unique character. One thing they all have in common is a pastoral vibe that's close the major metro areas of Philly and Manhattan. You can count on every village here to have vibrant main streets, loads of history, and houses that run the gamut from historic to brand-new.

The rural towns of Bedminster, Dublin, and Quakertown are all here in Upper Bucks, surrounded by acres of farmland, rolling hills, and bubbling streams—yes, it really is as idyllic as it sounds. Houses and lots tend to be large and gracious, but there are housing options for every budget. Home listing prices in Quakertown average about $145,000, but if you've got deeper pockets you might want to consider Perkasie, where there are listings north of $1.8 million.

Perkasie also claims to have the oldest tree lighting ceremony in the US—just what you'd expect from a place that calls itself "America's Hometown".

The county seat of Doylestown is in Central Bucks, while nearby New Hope is the shopping Mecca for the area. This part of the county is still pretty rural (from an Atlantic Seaboard perspective; if you're from Nebraska it all looks fairly suburban) with loads of history. Water also defines Central Bucks. Neshaminy Creek runs through here, with the village of Chalfont settled along the banks. New Hope is on the Delaware River, and Upper Makefield Township has the Delaware Canal running through the middle.

Upper Makefield is more of a bedroom community for residents who work in the metro areas, and there's a pice point for every home buyer—from the  mid-$200,000s up to gated communities with listings in the multimillions. Doylestown has the most affordable housing, with condos in the mid $100,000s, but there are also ritzier million-dollar neighborhoods. If you're househunting here, keep in mind that price tags go up with proximity to the water.

The edge of Lower Bucks is just north of Philadelphia up to the river across from New Jersey. Bristol is easily the most affordable town in Bucks County, where you can find a condo for under $100,000, and it's also the most walkable. Newtown isn't new at all; it was founded by William Penn in 1684. These days, it's the corporate hub for the area and has a delightful downtown with lots of culture, shopping, and dining. Houses are still affordable, starting around $160,000.

Are the schools good?

Bucks County has thirteen school districts, 96,000 students, and three technical high schools. Overall, the schools are on par with national averages, but the districts of Central, New Hope-Solesbury, and Council Rock are considered the best.

Can you get around Bucks County without a car? Probably; there are three train transit options—SEPTA, New Jersey Transit, and Amtrak—that will get you as far west as Harrisburg and over to New Jersey or up to New York, and of course there's service to Philadelphia. If you want to get around locally, several commercial and community bus lines also serve the area, and there are transit options for the disabled and seniors.

The basic fare on SEPTA is $2.50 if you pay cash. Tokens are a bit cheaper.

For air travel, you have lots of options, from Philadelphia International and Newark to smaller commuter airports that dot the county.

If you're driving, the one thing to be super aware of is flooding—with so much water in the county and low elevation, road conditions  can get treacherous in a hurry after storms and big rains.

Tourism is the leading industry in the county, all that history in such a bucolic setting makes Bucks County a great place for a day trip or weekend getaway. Here are the largest employers in the county.

As you can see, healthcare is a major part of the economy, as is government. The reality is that many of Bucks County residents commute to Philadelphia every day.

Are the schools good?

Bucks County has thirteen school districts, 96,000 students, and three technical high schools. Overall, the schools are on par with national averages, but the districts of Central, New Hope-Solesbury, and Council Rock are considered the best.

Fun Outdoor Things To Do In Bucks County

Covered bridges, wineries, parks with all the amenities, kayaking—it's all here. Bikers love the Delaware Canal Trail, and there's even a wildflower preserve for the botanist in you.

Okay, but does the weather cooperate? Well, mostly. Buck County only gets about 49 inches of rain every year, but there are usually 205 sunny days. The climate is temperate, with summer highs around 85° and winter lows at 21°. You can count on a couple of feet of snow. Bestplaces.net gives the county a 7.2/10 rating for overall comfort.

Sights to See, Places to Go

Peddler's Village is the place to go in Bucks County—it's a 40-acre complex with shopping, festivals and events, Giggleberry Fair for the kids, and even an inn if you want to make a night of it. Fall leaf peepers are in luck here, the foliage is second to none and there's a Covered Bridge Driving Tour that takes you through the county's covered bridges and along the most scenic vistas you could imagine. Along the way, stop in at one of the many art galleries that dot the countryside. The Mercer Museum is also pretty cool—it's a museum with tons of early American artifacts and Fonthill Castle, which is actually built from reinforced concrete.

Newtown has lots of live theater—no need to traipse across the bridges to Manhattan for a night on the town.

Going out for dinner?

Quaint charm  usually accompanies great dining, and Bucks County is no exception. There's a cuisine for every taste, and waterfront restaurants with views to die for are abundant. For a special occasion dinner, try a restaurant at one of the area's great inns. The Yardley Inn prides itself on locally sourced food, and the King George II Inn has been serving good patriots since 1681. And George Washington did eat here—as did John Adams and James Madison.

Pros and Cons of a move to Bucks County

If you're thinking of living in Bucks County, there aren't a lot of negatives here. The cost of living is reasonable, the economy is solid, and overall it's a slice of small-town America.

On the flip side, that vibe isn't everyone's cup of tea. It's not very diverse, the town populations are small, and the public schools are just average.

If you decide the rural yet metro lifestyle is for you, College HUNKS Hauling Junk & Moving is here to make it all easy. From packing supplies to the actual move, our professional teams can handle every aspect of your move. Our attention to the details frees up your time for the important tasks, like registering the kids for school and changing your drivers license and insurance info. Don't let the prospect of a move stop you, let College HUNKS take the stress away so you can move forward to bucolic Bucks County.