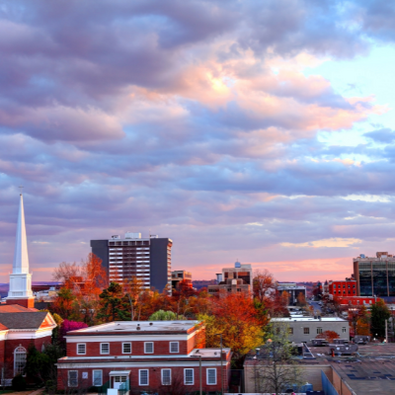 Everything You Need to Know When Moving to or Around Springdale, AR.

Springdale, Arkansas sits smack in the middle of Benton and Washington counties in the Northwest corner of Arkansas. It's nestled in the Ozarks, and is the fourth largest city in Arkansas. If Arkansas is on your short list of places to move to, definitely give Springdale a good look. It's small enough that you'll know your neighbors, but the corporate footprint brings an unusual level of sophistication and culture to the city.

It's undoubtedly the "Poultry Capital of the World", thanks to Tyson, but Springdale also offers all the recreational amenities you'd expect in an area with lakes and mountains, a diverse economic base, affordable housing, and a good school system.

Springdale By the Numbers

The US Census has the most accurate data for Springdale. Here are some of the statistics for the city, from population to broadband internet usage.

This snapshot of Springdale shows a community that is widely diverse and solidly blue collar, but with plenty of corporate career trajectories. The cost of living is low, but in line with average income levels.

Springdale might be small, but with three Fortune 500 companies based in the area, it packs an outsize economic wallop. Also, chicken is king in Springdale, since Tyson Foods, the countries biggest poultry producer, is based here. So is Cargill, although Arkansas is a regional headquarters for that agriculture/food conglomerate. And about twenty minutes up I-49 in Bentonville is the global headquarters for Wal-Mart, where they sell a bunch of that chicken, beef, and other groceries.

These are the largest employers in the Springdale/Northwest Arkansas region.

The flagship University of Arkansas campus is a few miles from Springdale in Fayetteville, where 27,000 undergraduates holler "Pig sooey"—mostly at football and basketball games, but you never know.

If hog calling isn't your thing, there are other colleges in Springdale. Ecclesia College is a small—205 undergraduates—private four-year school, and NorthWest Arkansas Community College (NWACC) is a two-year school with over 6,000 students.

Real estate is where Springdale really shines—it's one of the most affordable cities in the US. This data is courtesy of realtor.com.

Springdale is considered a seller's market, meaning there are more buyers wanting houses than there are people willing to sell them. Even so, most houses sell for asking price; there aren't those crazy bidding wars you hear about in larger cities.

There is a bus system in Northwest Arkansas, the Ozark Regional Transit Authority (ORTA). The buses cover the entire region, so rural riders also can take the bus. The closest airport to Springdale is Northwest Regional in Fayetteville, but the nearest major airport is in Tulsa. Several regional airlines connect to hubs so Springdale residents can travel easily.  Fares range from $1 for a single student ride to $100 monthly for a commuter pass. Buses here have bike racks and WiFi.

The average commute time is about 19 minutes.

Springdale is small—there are only four major neighborhoods in the city, but subdivisions abound within the neighborhood communities.

This planned community is the ritziest area, where houses list for close to half a million dollars. If you've got the deep pockets it's worth it, with wide sidewalks, 50 acres of common areas and parks, and three lakes. Another thing that sets Har Ber Meadows apart is that garages are all at the rear or side of the houses. There's diversity in both the residential makeup and architectural styles, and kids can ride their bikes to school.

This area borders Fayetteville Park and Lake Fayetteville to the south. There is tremendous diversity in real estate in Shady Grove; listings range from $145,000—extremely affordable—to $895,000 at the upper end. There's also a wide range of architectural styles, but most houses are modest in square footage. There are a few rentals in Shady Grove, but it's primarily owner-occupied single family houses.

Peaceful Valley has a median list price of $275,000, up 22% from  2020, and houses sell faster, only 42 days on the market. Walker Elementary School, one of the best schools in Springdale, is in this neighborhood. Geographically it's small, only a few blocks. The tree canopy here is mature and covers mostly ranch houses.

The urban center of Springdale is affordable, but housing prices in the neighborhood have fallen in the past year. It's still a seller's market with an average of 52 days on the market. There are the expected amenities in the area, lots of small independent grocers, different cuisines, and small coffee shops. This is the part of Springdale with the most multi-family housing.

Public schools in Springdale are rated above average by Niche.com. There are 23,470 students in the district in grades K-12, and a great student-teacher ratio, at 15-1. State test scores show that at least 49% of students are proficient in math, but there's room for improvement with reading, where the proficiency is only 41%. It is the third most diverse school system in the state, and parent reviews are excellent or very good.

What to Do and Where to Go

Springdale might not be the buckle of the Bible Belt, but it's at least a hole in the belt. If lots of nightlife is your thing, best look at little to the East and Memphis. There are a few bars in Springdale, but most nightlife is going out to eat and maybe catching a movie.

There is one not-to-be-missed restaurant in Springdale, the AQ Chicken House. A Springdale staple since 1947, the cooks here do amazing things with the humble bird. They'll even cater your Thanksgiving.

It's All About the Ozarks

The natural beauty of the Ozarks bring Springdale residents out in droves on weekends and in the summer. Beaver Lake, just to the northeast of the city, offers everything you'd want in outdoor recreation. How about 28,000 acres of clear water, surrounded by hiking trails winding through forests, meadows, and across high bluffs. Bass fishermen come for fun fishing and tournaments, while water babies come for all kinds of boating, skiing, wakeboarding, and even diving. If you're more relaxed, swimming and kayaking are options for the easygoing.

Then there's the annual Rodeo of the Ozarks, something you've got to do at least once. It's a real cowboy rodeo every July—because cowboys can take the heat—with barrel racing, steer wrestling, and yes, bull riding. Miss Rodeo isn't your average beauty queen; she's judged on her horsemanship as much as anything else. The Rodeo also sponsors the Springdale Christmas Parade, and a Demolition Derby twice a year.

If you want to get off the trail and just be a spectator, the minor-league Northwest Arkansas Naturals play ball here at Arvest Ballpark. And if you love SEC athletics, the Razorbacks home fields are just a few minutes away in Fayetteville. Golfers have lots of course options, from the private Springdale Country Club to the public courses in the area.

There's no way to sugarcoat it; it's hot and humid in Springdale. The winters are mild. It's hottest in July, with a daily average of 88°F. The mercury passes 100°F a couple of times a year, but it's over 90° F for close to 60 days. Cool Januarys balance out the summer swelter, with an average high of 46°Fand low of 25°F.

Snow isn't a real concern in Springdale, but there are routine rainy periods in the spring and fall.

Pros and Cons of Living in Springdale

In many ways, Springdale is a great place to live and work. As with any city, there are pros and cons, so here are Springdale's.

Pros of Living in Springdale

Cons of Living in Springdale

Taxes are high here. The sales tax rate is 9.8%, over 2% more than the national average. Income tax rates are equally high, at 6.9% vs 4.6% nationally. Although the cost of housing here is low, the taxes on goods and services can overcome that benefit if you have a large and active family.

Decisions, decisions - Ready for your Move?

If you like the idea of Springdale but get nervous about a move, that's what College HUNKS Hauling Junk & Moving is here for—to make a move easy and stress-free. Even if you're moving from Bentonville to Springdale, there are a lot of planning and logistics in relocating.  Go ahead and set up a consultation with our team so you can get an idea of what's involved with a move to Springdale

Let us do the heavy lifting so you can focus on finding boots for the rodeo.