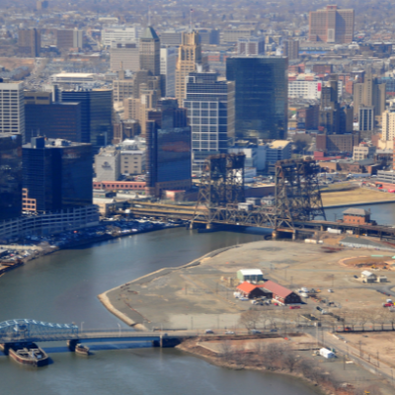 Moving to Somerset County? Everything You Need to Know When Moving to Northern NJ

Somerset County is located west of Manhattan in the northern part of New Jersey. There are 21 municipalities here, and 55 townships covering 305 square miles. Towns are densely populated, but the stretches in between are somewhat rural. Residents here have the best of both worlds—New York City is an hour away from these small towns.

General Washington and his troops marched through Somerset County more than once during the Revolutionary War, so if you see a house that says Washington stayed over, there's a fair chance that he did.

Somerset County by the Numbers

Although they don't really tell the story of a place, one of the first things you need to know when you are considering a move are the raw numbers. How many people live there? What is the job market? Is housing affordable? Once you've determined that the broad overview is appealing, you can do more research into what it's like to live there.

Over 60% of the population is between 18 and 65, making the county a place where you can spend your entire career.

It is expensive to live in Somerset County. In 2021, homes are selling for almost 3% over the asking price, and homes prices are rising about 1% annually.

These are the average costs to rent in the county; some areas are pricier than others. Home prices are usually a good indicator of where a rental property falls in price range.

In the county, 95% of the workforce is employed. As of July 2021, the unemployment rate was 6.1%, This is down substantially from a year earlier, when the rate was at 12%. There are over 17,000 businesses, and 330 employ more than 100 people.  Almost every adult in the county has at least a high school diploma—94.7%—and over half, 54.7%, have at least a bachelor's degree. Some of the more notable companies in Somerset County are:

As you can see, Somerset County job market is a predominantly white-collar environment.

Is Somerset a Commuter County for Manhattan?

Manhattan is just a short train ride from Somerset County, and some residents do make the commute to the city, but the local job market is strong enough that commuting is a decision rather than a necessity: the area is far from just a bedroom community. In fact, five municipalities in Somerset County —Bridgewater, Montgomery, Somerville, Warren, and Branchburg—are in NerdWallet's Top 50 places to start a business in New Jersey.

If you like four distinct seasons, Somerset County may be for you. It's warm and humid in the summers, averaging 85° in July. Winter lows average 20° in January. Most days are sunny, but you can expect about 50 inches of rain every year, and a couple of feet of snow. Somerset County can get pretty humid in the summers, unless you are in Bernardsville, where it's a bit drier.

What About Going Outside to Play?

From cross-country skiing at Spooky Brook Golf Course to bird watching, there's something for everyone to do outside in Somerset County. The county has 19 parks and playgrounds spread over its 305 square miles. There's a playground-only park, parks with ball fields for recreation and Little League games, skating rinks, beaches for canoeing, fishing, and kayaking, and even a park where you can go horseback riding.

Bird watching in Somerset County is a delight for avian aficionados. The Audobon Society has designated three Important Bird & Birding Areas (IBBA) in the county, and New Jersey has many more IBBA habitats.

Colonial Park in Franklin Township is the county's flagship park. Sitting on 68 acres, surrounded by the Delaware, Millstone, and Raritan Canal rivers, Colonial offers just about every park activity. Along with the playing fields, playground, and picnic facilities, there's paddle boating, fishing, hiking trails, ice skating, and a putting/miniature golf course. Colonial Park is also home to horticultural displays, an arboretum, a variety of gardens, and a dog park.

The 18-hole Spooky Brook golf course is within Colonial Park.

When it's too cold and snowy for outdoors, the Branchburg Sports Complex offers (BSC) 78,000 square feet of indoor sports space. If sports aren't your thing, there's also an arcade, a multi-level PlayMaze, and laser tag. If you're looking for a place to host an action-packed event or kid's birthday party, the BSC has you covered.

Is There Public Transportation?

Somerset County has the public transportation you would expect in what's effectively a suburb of Manhattan. Although the area is fairly rural, with low population density, the county operate three bus lines—SCOOT, DASH, and CAT. The buses run weekdays and the fare is $2 per trip.

If you drive to work in Somerset County, the average commute is between 10 and 34 minutes for 60% of the labor force. If you commute to the office, there are several park and ride lots and some have free parking.

New Jersey Transit trains run from several points in Somerset County to Penn Station in Manhattan for commuters to the city. From the Jersey Avenue or New Brunswick stations, the trip to Penn Station is less than an hour. A weekly pass is $120 and it's $393 by the month.

Affluent areas tend to have lots of private airports, and Somerset County fits that bill—there are more than 20 general aviation air and heliports in the county. For most of the population, however, Newark International is only about an hour away from almost anywhere in the county.

Do I have to go into Manhattan for Nightlife or Culture?

Somerset County might be full of small towns and a quiet pace, but it's anything but a cultural backwater. Sure, you can go into the city for a night on the town, a Knicks game, or a show, but you can stay home for great restaurants and entertainment.

What's your favorite cuisine? Chances are you can find it here, from Afghan to southern barbecue. There's a vibrant restaurant scene, including lots of individually-owned coffee shops and bakeries. Restaurants are still adapting to the new normal, so when you find one that looks good, check their website before you go.

Brook Art Center in Bound Brook is one of a very few old vaudeville theaters still running. Today, the theater is a non-profit center for the arts that offers concerts, dance, and theater productions. The Brook is open in Fall 2021, with performances scheduled throughout the season. Check the website to ensure the show is indeed going on.

RVCC's Edward Nash Theater is a 1,000 seat venue that is dedicated to bringing the performing arts to the community. Although the entertainment is affordable, it's also world-class; hosting professional touring companies from across the river and around the world.

The Best Towns in Somerset County

Which town is best for you depends entirely on your budget and lifestyle, but these are generally considered the best of Somerset County's 21 municipalities.

With a population under 15,000, Bradley Gardens feels like a small town. Schools here are highly rated, most residents own their homes and tend to hold moderate political views.

This town is almost twice as populous—27,082—as Bradley Gardens, but maintains that small-town, rural feel. Lots of the county parks are here, including Pleasant Valley Park in Basking Ridge. Most residents here are homeowners and have more conservative political views.

Warren is becoming an alternative to Manhattan as more workers are fully remote. It's rural, with large houses set on large wooded lots— a great change for the many new Warren residents who came to this bucolic town from the city.

Raritan Valley Community College (RVCC) is a two-year college that offers over 90 Associates and certification programs. They also have a highly selective Honors College whose graduates have gone on to attend Georgetown, Cornell, Yale. and Penn.

Pros and Cons of Living Here

Somerset County does have a lot going for it—the pros of living here far outweigh the cons.

Ready to Move to Somerset County?

Whether you're moving to Somerset County from Queens or from Kansas, College HUNKS Hauling Junk and Moving is here to help you coordinate and manage your entire move. We have the expertise to help you determine the logistics of your move, everything from how much packing tape you'll need to how many trucks, and the manpower to handle every aspect of your move—including hauling off all the trash and debris from your old house. Our team takes care of as much of your move as you like, freeing your time up to manage all the other parts of your move, like getting new driver's licenses and registering the kids for school.