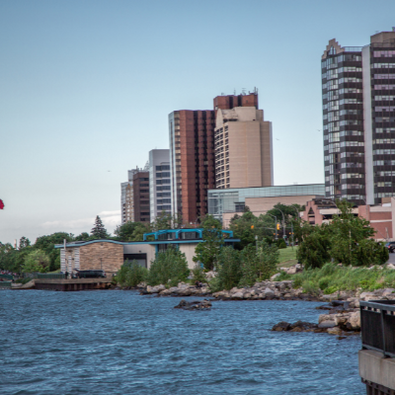 Everything You Need to Know Before Moving to Oakville or Mississauga, ON

Oakville and Mississauga are two culturally diverse and relatively large towns in Halton Region in Toronto and neighboring Toronto City to the northeast and Hamilton southwest. They are both on the lakefront of Lake Ontario and boast of vibrant lakeshores and busy downtowns. Their most notable features are reinvigorating urban uptown areas, exceptional hotels, and well-preserved conservations and parks on the shorelines.

You are probably reading this to decide whether to move to Oakville or Mississauga. While they share similarities, including geographical location, they are very different places to live in. In this guide, you will discover what sets them apart and everything you need to know to make your move to either city fun.

A majority of the population in Oakville and Mississauga are white based on statistics published by Statistics Canada. Here is a breakdown of the ethnicities of the city's population in 2016:

A comparison of the cost of living between Oakville and Mississauga on Numbeo reveals that it is more costly to live in the former. Oakville is generally thought of as an affluent area, with the average price of a house in December 2021 going for $1.5 million, according to Zolo. In Mississauga, the average price of a home is lower at $1.1 million based on trends published by Zolo.

Based on statistics published by Town Folio, the unemployment rate in Oakville is 6.9%, while in Mississauga, it is significantly higher at 8.3%.

In Mississauga, the largest industries by labor force are retail, manufacturing, professional services, healthcare, finance, transportation, and education, in that order. The top employers in the city, according to Mississauga.ca, are:

The residents of Oakville get around by Oakville Transport, a reliable and affordable local bus service. Passengers can pay the fare in cash or by loading their PRESTO cards and using them to pay their fare. Fare for adults ranges from $3.20 for passengers paying with PRESTO cards to $4 for cash payers per ride. Youth and seniors using PRESTO cards pay as little as $2.05 per ride.

The Go Transit commuter rail and bus service provides transportation between Oakville station and Bronte and to as far as Windsor and Quebec. Major roads passing through Oakville include Queen Elizabeth Way, 407 ETR, Ontario Highway 403, and Regional Road 25 connecting to Bronte Road.

Go Transit also operates in Mississauga. It provides all-day transit services via the Lakeshore West line and rush hour transit on the Kitchener and Milton lines to Toronto Union Station. The Lester B Pearson International Airport in Mississauga is the region's connection to the outside world.

Oakville is most famous for its shopping and dining experience offerings, while Mississauga is revered for its vibrant arts community. The Oakville Center for the Performing Arts and Mississauga Arts Council have outdone themselves in promoting artistic talents in the cities, evidenced by the year-round events, children performances, galleries, and festivals.

There are only 17 minutes between Oakville and Mississauga; many residents in both cities get to enjoy the best of both worlds wherever they live. Five and four-star restaurants and beach resorts in Oakville, including Monte Carlo Inn, Homewood Suites, The Hexagon, and Sotto Sotto, are the most highly rated globally.

On the other hand, Mississauga is home to some of the hottest nightclubs in the region, including Sugar Daddy's on Dixie Road, HER. on Eglinton Avenue, and Fume Bar on Torbram Road.

The cities of Oakville and Mississauga have both invested significantly in great public parks. Whichever city you choose to move to, there will always be a public park within driving distance.

In Oakville, Lion's Valley Park is most popular for its nature-oriented river-side rails with children's playgrounds. Gairloch Gardens on the shores of Lake Ontario is a popular picnicking spot for lovers and families, while Coronation Park is closest to the city center and is quite popular on Sunday afternoons.

In Mississauga, the most popular parks are Kariya Park, for its statues, waterfalls, gardens, and open spaces. Jack Darling Memorial Park is a major attraction for outdoors and sports lovers, and Lakefront Promenade Park, covering over 40 acres, is a popular park for people who prefer water activities, walking trails, and children playgrounds.

Like almost everywhere else in Ontario, Oakville and Mississauga have a humid continental climate characterized by cold but not extreme winters and relatively warm summers. According to WeatherSpark, temperatures in the Great Lakes region generally vary between 44°F to 93°F but rarely drop below 37°F or rise above 102°F.

With so many open spaces, public parks, and access to Lake Ontario, there is no shortage of outdoor activities for the residents to engage in round the year. Sporting activities are very popular in both Oakville and Mississauga. In the warmer months between mid-April to mid-November, residents of both cities get to enjoy golf, soccer, and even baseball. In the winter months, hockey and skating are very popular.

The Oakville Planning Department has split the town into two, based on neighborhoods. In total, there are 12 neighborhoods in the city.

The city of Mississauga has 24 neighborhoods. The most notable are:

Ready to Move to Oakville or Mississauga?

It can be a tough decision to choose between Oakville and Mississauga, but the primary determinant would be the cost of living. In general, both cities are within close proximity, and their offerings to their residents are comparable. As you get ready to move to the area south of Toronto, the most important consideration is the quality of life when choosing which city to move to.

Regardless of which city you choose to move to, you will need a professional company with the moving experience to help you get there and settle with ease. Contact College HUNKS Hauling Junk & Moving when you are ready to move to make the process easier and less stressful.