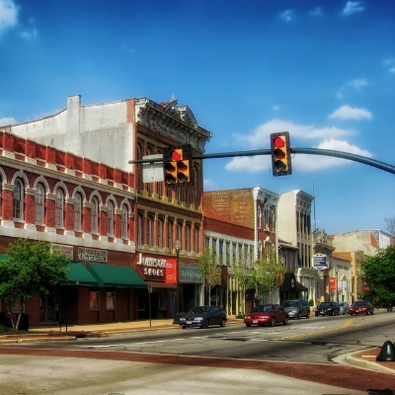 Everything You Need to Know Before Moving to Lancaster, PA

Lancaster, Pennsylvania is one of the oldest inland towns in the United States.  Situated in south central PA, the bustling town is loaded with historical charm, a lively music scene, and quaint shopping. It becomes easy to call this city home, but if you're seeking wide open spaces, you'll find them just outside the city limits, where residents can enjoy access to robust farmland. The area is rich in Amish culture with an abundance of fresh produce, hand-crafted furniture, and rolling fields of green.

Whether you're just stepping foot into Lancaster County for the first time, or you're simply moving across the state, we've got everything you need to know to make your move to Lancaster run smoothly.

Lancaster is the county seat of Lancaster County, PA.  It is the 5th largest city in the state, falling behind the likes of Philadelphia, Harrisburg, and Pittsburgh, among others.  According to theUS Census Bureau, Lancaster had an estimated population of 328,239,523 as of July 2019. According to the World Population Review, Lancaster spans over a space of 7 miles and has a population density of8,161 people per square mile.

The Census Bureau reports that the racial composition of the populace is as follows:

The real estate market in the United States has become highly competitive in recent years. In Lancaster County, it has also seen steady growth.  Despite the competition, theUS Census Bureau found that 43.4% of the population in the city of Lancaster lives in their own private homes. The Census Bureau also reports that in 2019, on average, a home in Lancaster is valued at $114,600, which is significantly lower than the national median home price of  $217,500 in the same year.

The average rent for a single-bedroom apartment in Lancaster is $1,358, which, according to RentCafe shows an 8% increase compared to the previous year.

Farms in the area produce poultry products, milk and grain, while egg production is also important to the Lancaster County farming business. Tourism comes in next on the list of leading industries in Lancaster County. Visitors come to enjoy the Amish community and to purchase their handmade wares. The arts and entertainment offered in the area also draw a crowd.

Most of the city of Lancaster is very walkable. The city itself only covers 7 square miles and so a variety of destinations are available by foot or bicycle. Of course, in the winter this may not be a viable option.

Suburban neighbors typically travel to and from downtown Lancaster via car, or out of the city to nearby metro areas to work. (Some residents commute to Harrisburg, York, and even Philadelphia). Since these destinations are outside of Lancaster, there tends to be very few problems with rush hour traffic here.For those that are interested in a public transportation option, the Red Rose Transit Authority runs 17 bus routes serving Lancaster city and some parts of Lancaster County.

You can catch the Amtrak train line downtown too, at the Queen Street Station. Routes on Amtrak can take travelers to Philadelphia, New York City, Washington, D.C., and beyond. Also, while Lancaster does have a small regional airport, most travelers choose to fly out of nearby Harrisburg or Philadelphia airports for a wider selection of flights and destinations.

Lancaster enjoys each of the four seasons. As such, there will be blooming fields in spring time and summers hot enough for all your barbecue dreams. The autumn comes with crisper temperatures, but has the added bonus of gorgeous fall colors. Winters are cold and snowy, Lancaster sometimes sees more than 20 inches of snowfall a season, as is expected in cities in the North East.

According to US News and World Report, the average seasonal temperatures range from 31.5° in the winter to  an average of 72.4° in the midst of summer with highs in the mid-80s in July and lows in the mid 20s in January.

From its award winning restaurants to vibrant nightlife, and interesting historical sites, Lancaster offers its residents plenty to see and do. Whether its right in Lancaster city limits or the surrounding areas, this area of Pennsylvania has it all.

Recognized as a National Historic Landmark in 1969, the Fulton Opera House is the oldest working theatre in the United States and runs as a non-profit. The theater holds six mainstage productions every year.

North Museum of Nature and Science

This natural history museum has everything from dinosaur fossils to butterflies. There are live animals you can help feed and planetarium shows daily. It's a great place to explore for the whole family. They're currently offering lots of virtual exhibits too.

There are lively downtown clubs and bars offering nightly entertainment and fabulous happy hour specials, like The Marion Courtroom which keeps its kitchen open until 1am on the weekends. Or, smaller neighborhood pubs like, Brendee's Irish Pub which offers trivia nights and live music each week. The City of Lancaster keeps a running list of which establishments have entertainment each night of the week. This way, you can always find something to do.

If you're seeking higher education, there are more than 10 colleges in the area, including 8 private colleges and universities.  Franklin and Marshall College is located right downtown and is an accredited nonprofit 4-year school where most students are traditional students who attend classes full-time to earn bachelor's degrees. Other four-year programs are offered at Pennsylvania College of Art and Design, Elizabethtown College, Pennsylvania College of Health Sciences, and Lancaster Bible College.

Lancaster is a great place for alternative students, adult students, or those wishing to change careers because it has several community and continuing education options, including Elizabethtown College School of Continuing and Professional Studies, Lancaster County Career and Technology Center, and Thaddeus Stevens College of Technology.

The city is divided up into fifteen distinct neighborhoods which each have their own distinct vibe. Choosing which one to live in depends on your preferences for entertainment and where you need to commute for work.

Nestled against Franklin and Marshall College, this area has a college town feel to it with a couple of small cafes and restaurants catering to a young crown. The area is mostly residential streets, focusing on single family homes which are predominately rented to students.

This hip neighborhood is tucked between the central business district and College Park. The area is super dog friendly, with multiple parks nearby and has easy walkability to both nightlife and casual dining.

According to Jack Loose, historian of the Lancaster County Historical Society, this area got its name from the many backyard gardens residents used to provide extra food for their families. The neighborhood's residential streets wind up and down hills consisting of mostly single family homes. The area is very family friendly and close to the Lancaster rec center.

Pros and Cons of Moving to Lancaster, PA

Pros: Reasons Lancaster is Perfect for You

Cons: Why Lancaster May Not Be Right For You

Are You Ready to Move to Lancaster, PA?

Lancaster has a lot to offer its residents. If you enjoy easy access to the area's big metropolitan centers but revel in expansive greenspace, Lancaster might be right for you. You'll be welcomed by the people, and can embrace the quaint historical nature of Lancaster County while being only a short drive from New York, Philadelphia, or Washington DC.

We can't wait to help you navigate your move. Please, contact College HUNKS Hauling Junk & Moving when you're ready to plan the logistics of relocating to Lancaster