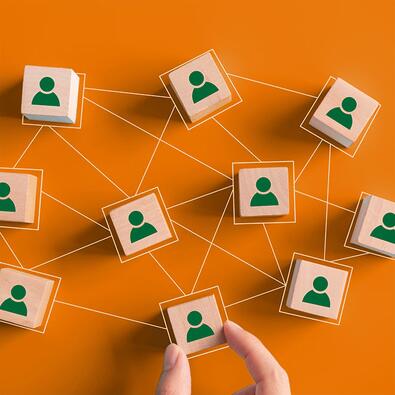 What Makes a Great Leader? Perspectives From Our CEO

What makes a great leader? Perspectives from our CEO Nick Friedman

When you start a business from scratch at just 22 years old and turn it into a multi-million-dollar national success that offers one of the best opportunities in franchising in the United States, you learn a few things about leadership along the way. Having achieved this, Co-Founder of College HUNKS Hauling Junk & Moving®, Nick Friedman, is often asked to speak about what makes a great leader.

He and Omar Soliman started College HUNKS Hauling Junk & Moving in 2005, growing it into the nation’s premier junk removal service with more than 150 franchise partners that earn an average of $1.3 million each in revenue annually. The business has been profiled in the New York Times and the Washington Post, and Nick and Omar have been named among the Top 30 Under 30 Entrepreneurs in America by Inc. College HUNKS Hauling Junk & Moving franchise ownership opportunity is consistently ranked within the top 3% best franchises in the nation.

Qualities of a Great Leader

“There are certain characteristics that I look for when we build new leaders within the College HUNKS’ organization—from franchise partners to location managers and beyond,” Nick says. “There’s also a particular leadership style that is successful within our organization and in a franchise business in general, so we are always mindful about cultivating that within our network.” One of the most important qualities in leaders is that they know their purpose and they pursue it relentlessly. “Leaders start with a vision, create a strategic plan, and live by it,” Nick says. “Once you create a plan to act on your dream, it becomes a vision. From there, you can laser focus on achieving each step to make your vision a reality.”

Leaders also have a “never-fail” mindset. “At College HUNKS Hauling Junk & Moving, we hit our lowest point in 2008, when the recession occurred and people were not spending money to haul away junk,” Nick remembers. “At that point we decided to add moving services to offset the loss of work in junk hauling. This service took off tremendously, and we realized that within our biggest challenge was our biggest opportunity. Leaders need to have the insight to recognize these sorts of opportunities instead of just accepting that something they are trying to do isn’t working.”

Also, leaders know that they need to work ON their business from the outside, not IN it.

“A great entrepreneurial leader builds systems to run the business as if it were a machine and stands over it instead of being part of its inner workings,” Nick says. “A business owner should sell that machine to clients and perfect its functionality, but not sit in the gear room.”

Great leaders also know and appreciate the value of teamwork. “Every great leader has experienced firsthand how achievements are greater when people work together as a team,” Nick says. “So, they are natural teambuilders—something successful leaders need to do on a regular basis.” This concept also includes the importance of a great leader being a great mentor as well. “At College HUNKS Hauling Junk & Moving, our culture of mentorship is one of the most important keys to success—both for our team at headquarters and for each of our franchise partners,” Nick says. “There’s no better way to achieve goals together than to not only start with support, but to keep that support going at every juncture of the business ownership journey.”

In addition, great leaders have an innate ability to recognize great talent and make sure they hire it. “There are always people smarter than you—hire them!” Nick says. “Working with smart people creates a fit that holds your vision’s puzzle together.”

Nick and Omar’s leadership concepts are working, not just for them but for the entire franchise network. With a forward-looking, smart business plan that is flexible as well as proven to be recession- and pandemic-proof, College HUNKS’ track record of profitability speaks for itself. The College HUNKS Hauling Junk & Moving franchise system has more than doubled in size since 2010 and has experienced 500% systemwide growth since 2013. Our nationwide network reached $100 million in system-wide revenue in 2019 and is expected to hit $220 million in 2021.

Learn more about how profitable your junk hauling and moving franchise business can be by getting your free College HUNKS Hauling Junk & Moving Franchise Report.