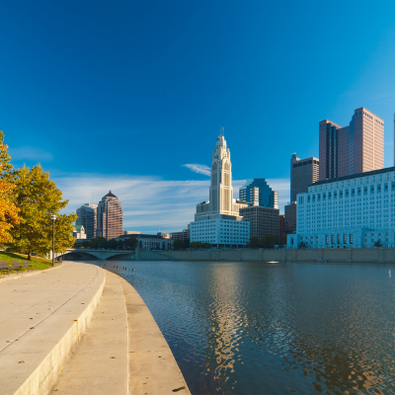 Everything You Need to Know When Moving to or Around Columbus, Ohio

If it has been a while since you visited Columbus, OH, you should know that the city has undergone a dramatic transformation over the past few years. Columbus is no longer a cow town but one of the fastest-growing prime real estate markets in the United States.

Forbes listed Columbus as the 14th fastest growing city in the United States, with a 10% growth burst in 2018. It wasn't long before it was the hottest real estate market in the country, attracting young investors and homebuyers who drove up demand for property.

If you are considering moving to Columbus, OH, read on to discover the most essential points you need to know about the city and the community.

The area that is now known as Columbus was originally a settlement of Native Americans before the arrival of white settlers in the 18th century. The area is located at the center of Ohio, next to the Scioto River, where the first permanent white settlement structures were laid out in 1797. The area was proposed to be the state capital later in 1812 and named after the Spanish explorer Christopher Columbus.

Over the years, heavy investments in roads, railroads, and the Ohio Canal have interconnected and energized the city. During World War II, Columbus was a significant aircraft manufacturing city. The benefits of being chosen to manufacture warplanes helped spur growth and rise in the city population after the war.

Columbus is at the center of the Columbus Metropolitan Statistical Area that covers ten counties and the largest metropolitan area in the state of Ohio. The metro area accommodates a population of 2.4 million people. The city has an average population density of 3,630 people per square mile.

A LinkedIn report identified Columbus in Ohio as one of the best places for new graduates to start their careers. Columbus is a favorite city that has recorded consistent growth in the job market over decades. In 2020, the job market increased by 0.9% despite the effects of the pandemic.

The largest employers in Columbus are education and healthcare institutions, government agencies, manufacturing and transportation industries, and consumer goods producers. The top employers are The Ohio State University, The State of Ohio, JPMorgan Chase, OhioHealth, Nationwide, and the City of Columbus.

The NHL's Columbus Blue Jackets enjoy a fanatic following and support from the city of Columbus. Fans fill the 18,500-seat Nationwide Arena to support the team whenever they play at home. Ohio State University's Buckeyes have a massive following too, and games between OSU & Michigan are always a gladiator-level spectacle. Columbus is a wonderful city for sports fans as there are always events to watch or attend.

Art is also very popular in Columbus. The Columbus Symphony Orchestra, Opera Columbus, and BalletMet are just some of the most popular attractions. If you wonder what it is like to live in Columbus, picture yourself visiting popular art museums, including the Center of Science and Industry and Columbus Museum of Art, or golfing at the Ohio State University Sports Complex. Whatever you do for fun, Columbus will have room for you to pursue and enjoy when you move to the city.

The City of Columbus ranked at the top of many technology hub lists in 2018 and through 2020. Three huge startups—Root Insurance, Beam Dental, and Olive—went on record for raising the largest VC rounds of any start-ups in Ohio. This and other reports on Forbes encouraged innovators looking for fertile ground and funding for their tech ideas to move to the city.

Today, the tech industry in Columbus is booming, and the city's rich diversity makes it even easier for newcomers to break into the scene. This alone is a reason enough to visit Columbus and discover what opportunities the city has to offer.

Cost of Living in Columbus

Years of cultivating an environment of unique communities and a self-sufficient economy have made Columbus an affordable city in which to live. Data from the Bureau of Economic Analysis show that the prices of goods and services in Columbus are about 11.6% lower than the national average. It also ranks Ohio as the eighth most affordable state to live in in the country.

According to 247 Wall Street, a typical renter in Columbus spends between $750 and $800 on rent for a 1-bedroom house. A two-bedroom house within the city neighborhoods costs about $1,030, while larger homes and luxury apartments cost as much as $2,000.

The state of Ohio is well known for its low taxation policies. One of the reasons millennials flocked to start families and invest in the state was because of the friendly tax laws. State and local taxes are much lower in Ohio compared to most states. Per capita tax collections in the state amount to about $2,500 per year compared to the national average of $3,200.

Columbus is an ideal city to be a college student. Not only are there over 50 public and private colleges, but the city is also very accommodating to learners struggling to make ends meet. Between 130,000 and 150,000 students are pursuing post-secondary education at any time, and they are all a part of the city community.

The largest and well-known university in Columbus is The Ohio State University. It is a massive educational institution with over 60,000 learners and offering hundreds of programs. If you are relocating with a family of young children, you can rest easy knowing that there are enough elementary and K-8 and middle and high schools in Columbus.

Nowhere has public transportation evolved so vividly as it has in Columbus, OH, over the centuries. The city has used passenger trains, horsecars, trolley coaches, streetcars, interurbans, and buses at different times in the past. Today, buses managed by the Central Ohio Transit Authority (COTA) offer dependable and affordable transportation all over the city. The service currently has close to 500 buses serving 19 million passengers crisscrossing the city along 41 designated routes every year.

If you plan on relocating to Columbus, it would be best to have your own vehicle to get around and outside town. The roads are not as busy as they are in most cities, and parking is never really a problem in Columbus. Other favorite ways to get around town in Columbus are using ride-hailing services and cycling. The city has not committed to introducing alternative forms of public transportation such as a subway or commuter rail.

Where to Live in Columbus

As home to close to a million people, Columbus is a vibrant and bustling city, organized into easy-to-recognize neighborhoods. Whether you are a student looking for affordable accommodation close to the Ohio State University or a commuting nature lover who prefers a serene neighborhood, there is a place for you in Columbus.

The top up-and-coming neighborhoods are:

There are also neighborhoods whose popularity is waning, and the buildings may look neglected. If you are thinking of relocating to Columbus, OH, there are 213 constituent neighborhoods to explore, and choose one to start your new life.

The Intelligent Communities Forum named Columbus as the 7th smartest city in the world in 2020 for a good reason. It was the only American city to make it to the list. The people are also known to be accommodating and friendly. Abundant opportunities are available to anyone, and cases of discrimination are not prevalent. The LGBT community in Columbus is one of the most vibrant in the country, always holding the most impressive Pride Parades that are becoming a part of the city's culture.

Whether you are looking for an economically viable city to invest in or a friendly and accommodating community to start a family, Columbus is a strong candidate and has the right people to help you realize it.

Ready to make the move to Columbus, OH?

Columbus is a great destination for many people from the East and West Coast ends of the country. The city is a lot more than the buildings and green spaces; the people make the city a bustling economic and technology hub.

When you are ready to make the move to Columbus, the moving professionals at College HUNKS Hauling Junk & Moving can help make your move more cost-efficient and stress-free.