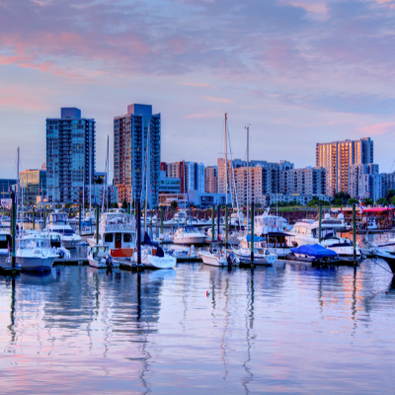 Everything You Need to Know When Moving to Stamford, CT.

The city of Stamford, Connecticut, is located in Fairfield County and is one of the most sought-after places to live in the country. Also known as 'The City that Works', Stamford is on the southwestern tip of the state of Connecticut and conveniently under an hour away from New York City. It was incorporated in the year 1893 and since then grew to become famous for its electric dry shaver industry.

Most people who choose to move to Stamford, CT, often choose the city because of its proximity to New York. The city lies on the New Haven Line of the Metro-North Railroad, a commuter-rail system that connects multiple cities to metropolitan New York.

The city is largely clean and organized, unlike the mess that is New York, hence the reason the country's elite and most famous including celebrities, TV hosts, athletes, and young professionals are making it their home.

There is a lot to the name Stamford, and the city behind the name. If you are thinking of moving here, there is a lot you need to know about the city and the people in it. Read on to discover why Stamford is the city that works.

The population density of Stamford is 3,437 people per square mile according to stats published by the US Census Bureau. More than half of the 549,141 households in the city live in their own homes and had an average income of $93,059 in 2019. Stamford is comparatively a well-off city, considering that the national average household income in the same period was $62,843.

Here is the racial breakdown of the population of Stamford:

Connecticut, in general, is a costly state to live in. The cost of living in Stamford is higher than the national average. This is largely because of the higher property taxes and the high demand for property by out-of-state relocators. If you are seriously considering moving to Stamford, you must get your budget and finances in order before calling the moving truck.

According to the US Census Bureau, the median value of an owner-occupied house in Stamford in 2009 was $532,700, more than double the national median value of a home of 217,500. This is important to note if you intend on buying a home in the city in the near future.

If you plan on renting, apartment prices are comparatively higher than most cities but lower than the average rental prices of the neighboring New York. Figures published on best places show that a studio apartment in the city rents for about $1,500, a one-bedroom apartment costs $1,831, a two-bedroom about $2,201, and a three-bedroom house about $2,722 per month.

On average, rental housing is 107% more expensive in Stamford compared to the national average. Analysis by payscale also finds utilities including energy, phone bill, gas, and internet costs about 12% more expensive than the national average. Groceries will cost you about 10% more than what you would pay elsewhere in the US and transportation will cost about 15% more.

The city of Stamford offers many opportunities to anyone seeking work at any level in almost any industry. Jobs are flourishing and growing as industries grow and expand. This is justified considering that according to the US Census Bureau, about 9 in 10 adults aged 25 or older in the city graduated high school, while 50% hold a bachelor's degree or higher.

Stamford is the headquarters of 14 Fortune 500 companies including Starwood Hotels and Resorts, Harman International Industries, Charter Communications, and United Rentals. There is a good reason why the city has been most attractive to media personalities and digital media companies. Some of the most dominant names in the industries include YES Network, Meredith Corporation, NBC Universal, and A+E Networks, just to name a few.

The top employers in the city in 2021 according to CT.gov are:

There are many ways to get around town and out of the city in Stamford including bus, air, and rail. The most popular, however, are buses, which charge as little as $1.6 fare and provide free transportation on weekends. CT Transit is responsible for public transportation in Stamford. It has its main terminal on State Street and it runs through Port Chester, Greenwich, Darien, New York, and Norwalk.

Since the city is conveniently located at the main branch of Metro-North Railroad's New Haven Line, commuter trains run through the city. The people of Stamford conveniently take the subway at the Grand Central Terminal to New London or New York and the ride takes about 45 minutes. Amtrak's high-speed Acela trains also serve the city, providing commuter rail transport to cities as far as Washington D.C., and Boston.

A majority of the residents of Stamford, however, prefer to commute in their own cars. The average commute time according to the US Census Bureau is 28.2 minutes, less than 2 minutes longer than the national average of 26.9 minutes. One popular way to get around the city is using the Harbor Point Trolley with multiple stops all over the city. Note, however, that traffic congestion can be a problem during peak hours, and finding a parking spot within the town center on a weekday can be a hassle.

Weather is one of the most important considerations to factor in when thinking about what it is like to live in Stamford. The city has a humid subtropical climate that is moist year-round due to constant rainfall and mild temperature with no dry seasons.

The city of Stamford gets about 51 inches of rain and 30 inches of snow per year. When you move to the city, expect up to 178 days of sunshine and some level of precipitation for 124 days.

One of the first things Stamford was known for as soon as the town sprung up was a theater on the third floor of the Old Town Hall, which started in the 1870s. Since then, the city has grown with a tight embrace of performance art and media. There is a good history of why most of the top media and entertainment companies in the country are headquartered in the city.

Today, the City of Stamford Arts and Culture Commission is responsible for bolstering arts and tourism in the city. There are countless ways to enjoy the city's rich cultural visual arts history including attending the Art in Public Spaces by Stamford Downtown Special Services District, visiting  Hoyt-Barnum House Museum, and the  Stamford Museum & Nature Center.

For theatre and film, you should check out schedules at the Stamford Center for the Arts, Rich Forum, Curtain Call Inc., and Avon Theatre Film Center. Bowtie Theatres have 15 movie screens around the city while State Cinema in Springdale offers second-run films. In the summer, the residents enjoy 'Movies in the Park' at Harbor Point's Mill River and Commons Park.

Things to Do in Stamford

Did you know that America's favorite food, the hamburger, was invented in Connecticut? As you seek to discover the state, know that there is more to do and explore in Stamford, possibly more than you could have time for once you move to the city. From golfing and hiking nature reserves to unique foods and amazing concerts - the list is just too long.

If you are unsure where to start, find out what is hosted at Downtown Stamford. Throughout the year, the city hosts heritage concerts and cultural events that bring together the food, art, and culture of the city. In the summer months, the city likes to visit the beach such as Cummings Park and Cove Island Park with their families.

Downtown Stamford is also home to some of the most amazing shopping malls, restaurants, and bars. Whether you go out for lunch with the family or plan a dinner party with friends, you are sure to find a place that is full of life and offers just what you need.

Here are 10 things you should add to your 'Things to do as soon as I get to Stamford' list.

Best Neighborhoods to Move to in Stamford

There are 16 neighborhoods in Stamford, all of which are wonderful places to live in. Here is a highlight of some of the most notable neighborhoods.

The central business district of Stamford is the busiest and most densely populated area of the city. Here you will find homes and high-rise apartments, university campuses, hotels, restaurants, offices, and even manufacturing spots. If you are unsure where to settle in the city, you cannot go wrong finding a soft landing downtown as you explore the rest of the city.

If you are looking to settle in a neighborhood with a 'small town' feel but a few minutes from the city, Glenbrook, Shippan Point, and Springdale are ideal for you. These neighborhoods are pretty urban with an almost equal number of homeowners and renters. Shippan Point has the most beautiful homes near and around the water peninsula.

There is a relatively high proportion of young professionals choosing to settle in Port Chester, Harrison, Greenwich, and the general area southwest of downtown Stamford. Consequently, these neighborhoods have grown to become social, fun, and full of opportunities to make friends and find romance.

Are you looking for a quiet and clean neighborhood removed from the noisy urban life? These neighborhoods are generally upscale, well-organized, and loveable. They offer a rural feel while providing easy access to urban amenities.

A good number of people moving to Stamford choose the city because it is less than an hour from New York. Most of these residents often choose the Turn of River neighborhood, offering a classic English feel - the peace of nature well removed from the noise of the city center. It is close to the Mianus River and within a few minutes' drive from various workout studios and gyms, golf courses, farms, and local parks.

The Stamford Public Schools system operates 24 schools - both primary and secondary - that serve over 16,500 students around the city according to Public School Review. While finding a neighborhood to settle in, it is crucial that you check out the schools in that region if you have school-going children.

Some of the top public schools in the city are:

A majority of the schools in Stamford are highly rated and offer diverse courses at different levels. There are over 30 colleges offering specialized courses covering business, IT, engineering, and arts. Some of the most notable institutions are:

Considerations When Moving to Stamford from Out of State

Are you moving to Stamford from outside Connecticut? If so, there are a number of critical points you must bear in mind as you prepare to move.

The Pros and Cons of Stamford

Pros: Why Consider Moving to Stamford

Cons: Why You May Reconsider Moving to Stamford

Let us Help You Move to Stamford

Stamford is the crown jewel of Fairfield County. It is affluent with a well-read and diverse population. If you are looking to move to the city, you have probably already explored what it has to offer and cannot wait to be a part of the great city that is home to over 10 Fortune 500 companies!

It will take good planning and possibly assistance from a professional to make your move smooth and affordable. When you are ready to move, or wish to find out more about the city, be sure to Contact College HUNKS Hauling Junk & Moving for advice from experienced movers who know the city inside out