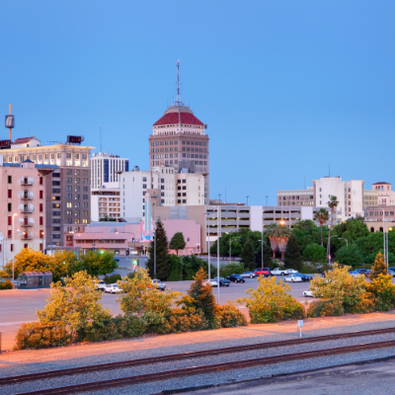 Everything You Need to Know When Moving to Fresno, CA

The mere mention of the name Fresno conjures up memories of agricultural packed farmlands and red wine to anyone who knows the Californian city well.

Are you considering moving to Fresno? There is a lot to discover about the city before you pack your bags. Read on to know everything important about Fresno City to guide your moving decision.

According to the United States Census Bureau, the estimated population of Fresno City as of July 2019 was 531,576. The city covers a land area of 114.7 square miles, making its population density roughly 4,634.5 people per square mile.

The population of Fresno is presently growing at an annual rate of 0.52% based on statistics published by the World Population Review. Here is the racial makeup of the city's populace according to the United States Census Bureau 2019 estimates:

Fresno has a notable history of Armenian immigrants settling in the area as far back as 1881. By 1894, the population of city residents with Armenian ancestry had reached 360.  By 1930, 40% of the town were Americans of Armenian origin and today, their population is about 40,000.

The median household income in Fresco between 2015 and 2019 was $50,432 according to the US Census Bureau. This is significantly lower than the national household average income of $62,843 over the same period. Consequently, the cost of living in the city is one of the lowest in the country. If you wish to have your dollar take you as far as it can, then you have a good reason to choose to live in Fresno.

The median value of an owner-occupied house in Fresno is $242,000 according to the United States Census Bureau. This is significantly higher than the national owner-occupied house average price of $217,500. Estimates by BestPlaces.net show that the rent of a studio apartment in Fresno could cost you about $842 while a one-bedroom apartment costs about $847 per month. A two-bedroom house costs about $1,065, a three-bedroom about $1,505, and a four-bedroom house about $1,730 per month.

The minimum wage in Fresno is $12 an hour and the average annual salary of an adult working a full-time job is $70,000. To lead a comfortable life in Fresno, you would need to make about $100,000 a year in your household.

In October 2021, the rate of unemployment in Fresno County was 7.6%, down from 9.7% in October 2020 according to the US Bureau of Labor Statistics. The job market in Fresno city has increased by over 2% over the past year as the economy recovers from the effects of the pandemic.

Figures published by the US Bureau of Statistics reveal that about 21.9% of the people of Fresno aged 25 and older hold a bachelor's degree, whereas the national average is 32.1%. About 77.4% completed high school, a significantly lower number than the national average of 88.0%. This means there could be more opportunities for professionals in Fresno compared to other cities of similar size.

Here are the top employers in Fresno City as published by the State of California Employment Development Department:

The City of Fresno has an active Public Transportation Department that coordinates and manages public transportation. There are 16 fixed-route bus lines crisscrossing the city, with fares starting at $1 on the Fresno Area Express bus (FAX) and the Handy Ride Paratransit Service. Children under the age of 12 and seniors do not need to pay bus fare.

Valley Rides is a popular ride-sharing website for commuters and carpoolers in Fresno. When you wish to travel to the interior of the county, the Fresno County Rural Transit Agency (FCRTA) helps coordinate transportation services out of the city's metropolitan area.

A large number of the Fresno working population commute to the Metropolitan area and some to as far as San Bernardino and Los Angeles. Roads are maintained by the City of Fresno Department of Public Works, which, unfortunately, does not seem to be doing a great job as it is reported the roads in the city are reported to be 'some of the worst in the US' with many potholes and degradation.

A one-way commute during rush hour in Fresno takes about 21.6 minutes according to  BestPlaces.net. This is much shorter than the national US commute average time of 26.4 minutes. Parking spaces can be scarce within city limits during the week but smart meters and convenient smartphone payments make it easy to pay for a spot.

Fresno is well known for two things that have greatly shaped the city's culture: its agriculture and population diversity. Fresno county has over 1.8 million acres of farmland that produces the best and freshest foods for the city. The most popular products include pistachios, grapes, almonds, dairy products, and poultry among others. Because of this, visitors to Fresno find the food in the city's restaurants amazingly fresh.

The food scene in Fresno is unrivaled and the dishes are always creative and culturally diverse. Most restaurants and eateries blend internationally influenced flavors using freshly-sourced ingredients to make tasty farm-to-table dishes and hard-to-beat cuisines. The local bars too, serve the best locally sourced beers, wines, and fruit drinks

The next time you are in Fresno City, be sure to check out these restaurants and bars for the best foods and drinks:

The climate of  Joaquin Valley, particularly temperatures, should be a major determinant of whether you should move to Fresno. The valley is arid and summers sweltering hot and clear. According to WeatherSpark.com the hottest months are between mid-May and mid-October when the temperatures rise to as high as  99°F. The winters are often cold, wet, and partly cloudy, with temperatures dropping to a comfortable 39°F. However, the temperatures rarely ever drop below 31°F or rise above 106°F.

Here are some of the most popular activities to do in Fresno:

Fresno is unlike any other city of its size you may have been to. Because it is primarily an agricultural and service city, there are no clear-cut lines between neighborhoods for the white and blue-collar workers. A majority of the residents are young, educated, and working people - most of them just starting their families.

As you look for the best neighborhood to settle in, here are the neighborhoods of Fresno you should check out.

Popular neighborhoods including Woodward Lake, Copper River Ranch, Champlain, and Perrin stand out in the Northeast of the city. This is a prominent and fast-growing part of the city popular among the affluent. Two of the city's best high schools - Clovis North and Clovis West are located in this part of the town.

The Northwest part of Fresno city is well established with desirable neighborhoods. You will find neighborhoods of all sizes and budgets in this part of the city. Whether you are looking to settle in a luxury apartment with few neighbors or wish to live on a budget, you will find a place that suits you here. The top high school serving this part of the city is Bullard High School.

The most notable neighborhoods in the Northwest part of Fresno are Fig Garden, Bullard Loop, Marks and Hammond, Van Ness Extension, and North Growth Area.

While it is mostly known as a historical site, Tower District in Fresno covers a large area that includes multiple neighborhoods and blocks of commercial properties. It is also one of the most sought-after places to live and work in Fresno.

This is a rural neighborhood to the south of the Fresno Metropolitan area. Most residents in this part of town rent their homes, so if you are renting but would like to live in a tight-knit community, you should check out apartments in these neighborhoods.

Cons : Why People Choose Not to Move to Fresno

Ready for your move to Fresno?

Fresno is a wonderful city. It has a laid-back diverse population that is reaping the benefits of the booming tech industry in California. Better still, there is a lot to do, many attractions to explore, and lots of jobs for the skilled.

While it has its challenges, Fresno is a great place to live for anyone looking for a new community to be a part of. Before you move to Fresno, be sure to explore the surrounding cities and the greater state of California. Contact College HUNKS Hauling Junk & Moving when you are ready to move and let the professionals handle your moving logistics so you can focus on finding a place to live