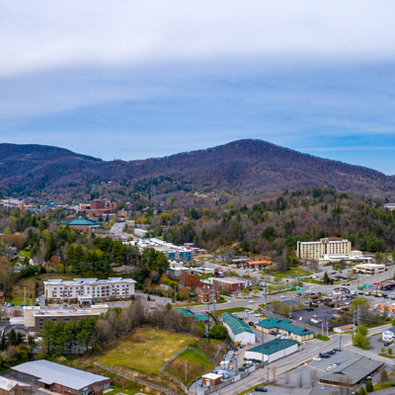 Just west of the Piedmont region in North Carolina and north of Charlotte, you'll find picturesque towns like Statesville and Mooresville. Located in the heart of suburbia, these towns are packed with friendly neighborhoods, great schools and plenty of places to explore. Let's take a look at what it's like to live in these cities and what the area has to offer in terms of food, work and fun. If you decide to relocate to the Statesville-Mooresville area, our guys at College HUNKS Hauling Junk & Moving will be happy to make your transition as smooth as possible.

When it comes to diversity, Statesville has more races represented in its city limits. In fact, only 54.8% of the population is White, while 36.9% are Black and 11.1% are Hispanic or Latino. In Mooresville, on the other hand, nearly 80% of the population is White, while only 10.1% are Black, 8.9% are Hispanic or Latino and 2% are Asian.

Statesville homes cost, on average, around $151,800, which is far lower than the national average of  $217,500. Mooresville homes cost around $232,700. If you choose to rent an apartment, you can expect to pay around $739 a month in Statesville or $1,108 in Mooresville, which is close to the national average of $1,062 per month. Mortgage and rent prices in Mooresville are likely higher due to the city's proximity to Charlotte as well as Lake Norman. Residents may pay more to live in Mooresville, but the commute to the city is quick, and Lake Norman offers all kinds of exciting activities during the warmer months.

The unemployment rate in North Carolina is around 4.2%, according to the Bureau of Labor Statistics, and residents will have no trouble finding work in Iredell County. In fact, the Lowes Headquarters is located in Mooresville, employing over 4,000 residents. Aside from Lowes Companies Inc., some of the biggest employers in the county include:

Statesville and Mooresville boast that 83.4% and 94.3% of their adult residents have obtained high school diplomas, which is right around the national average of 88%. Additionally, 22.9% and 40.3%, respectively, have gone on to receive their Bachelor's degrees.

Getting around Iredell County is a breeze, and commute times are much lower than in other areas of the country. In fact, it takes a Statesville resident, on average, around 20 minutes to commute to work. Mooresville residents spend around 25 minutes commuting to work each day, which is still impressive, considering the national average is around 27 minutes. This is due, in part, to the Iredell County Area Public Transit, or ICATS for short. Each city has its own ICATS fixed bus route that travels along the city streets and stops whenever a passenger pulls the cord.

In Mooresville, residents can hop on the Mooresville Main, and Statesville residents ride the Statesville Bloom. Both bus routes charge $3 for the general public, while children ride free. The ICATS website provides bus maps and so you can get to your stop in time.

If you need to park in the city, you can check online to find a spot that's near your destination. Statesville has plenty of parking space available, including downtown, two-hour and private parking areas. Mooresville also has several downtown public parking locations that make it easy to commute to work.

Before heading out, make sure you check the North Carolina Department of Transportation for updated construction and road conditions so you can plan the best route.

The Statesville-Mooresville area experiences all four seasons, although winters are quite mild. Summers are hot and humid, with highs reaching around 88° F, and winter lows dip to around 25° F.

Residents take full advantage of the hot summers by spending time boating, fishing and swimming at Lake Norman State Park. Lake Norman is the largest man-made body of water in North Carolina, and Mooresville is nestled right on its banks. At the state park, residents can camp and hike along all 520 miles of shoreline. Another popular hiking spot is at Bigleaf Slopes Park, in Statesville, boasting 4.5 miles of scenic trails to explore.

Things to do Near Statesville and Mooresville

Whether you enjoy dancing the night away with friends or a local craft beer with your partner is more your flavor, Iredell County nightlife has it all. 158 on Main is a local cocktail lounge that specializes in small plates and specialty drinks. Here, you can sip your cosmo while watching a live band or comedy show. On Tap Crafty Brews is located in downtown Mooresville, and they offer 23 taps of craft beers from local breweries within the state. In Statesville, Fourth Creek Brewing Co. is a must-visit. Their tap house is open Tuesday through Saturday, and all the beer comes from local breweries.

You'll never run out of new restaurants to try in Mooresville and Statesville, and nothing compares to good Southern home cooking. Try some Texas-style mesquite BBQ at Big Tiny's in Mooresville, or grab homemade donuts at Andrea's Ice Cream and Sweet Shop, a family-owned business in Statesville. If you like steak, try Epic Chophouse, located inside a beautifully renovated 19th-century building, and if you're looking for down-home country food, check out Twisted Oak American Bar and Grill in Statesville. Here, you can enjoy a soul-warming meal outdoors by the fire.

If you're thinking about moving to the Statesville-Mooresville area, you can rest assured that you'll never run out of things to do. If you're a history buff, check out Fort Dobbs, a historical site used during the French and Indian War. For a truly unique experience, stop by and watch actors perform a complete reenactment that will make you feel like you've gone back in time.

Iredell Museums is a local family-friendly museum that offers interactive exhibits about the history of Iredell County. This museum also houses Margaret the Mummy, who is over 3,000 years old.

Zootastic Park is another fun place to visit, and it's located right between Statesville and Mooresville. This zoo is home to all kinds of exotic animals that you can observe and learn about, and the staff offers tours for visitors and their families to get a closer look at the animals.

Residents in Statesville are encouraged to take advantage of the services of the Statesville Main Library. This branch is a part of the Iredell Country Public Library, and they offer all kinds of activities for kids and adults to enjoy.  In Mooresville, residents can visit the Mooresville Public Library to check out books or to visit the kid's corner for fun activities for the whole family. At both libraries, residents are also encouraged to check out ebooks and music online that can be downloaded on your computer or smart device.

Best Places to Live in The Statesville-Mooresville Area

Statesville is a small suburban town with an eclectic vibe. Small businesses line the streets downtown and many families choose to settle here, thanks to its community feel and highly rated public and private schools. In fact, there are seven excellent private schools in the area including Cornerstone Christian Academy and Statesville Christian School. Residents also like that the city is located near I-77 and I-40, so you have a straight shot to bigger cities when you want to hit a museum or attraction.

This growing city is in a great location, just 35 minutes from Charlotte, and on the banks of Lake Norman. Many homes are located on lakefront properties and there are plenty of lake activities to enjoy year-round. The schools in Mooresville are highly rated, and according to Public School Review, students in Mooresville scored in the top 10% of North Carolina public schools.

Located northeast of Statesville, Harmony is a sweet, southern town full of charm. The neighbors are friendly and welcoming, and the local elementary school is top-notch. Harmony is a small town with several locally-owned shops and businesses to explore, and it's close to bigger cities when you're in the mood to spend the afternoon in Charlotte. It's a great, friendly town to raise a family, with great schools and a low cost of living. Harmony Elementary School is the highest-rated school in the area, and students consistently score well in math and language arts.

Kannapolis is an old mill town that's located in the northeast suburbs of Charlotte. It's home to eight universities, and it's become the center for biotech and health industries. It's equally important to mention that it's the hometown of NASCAR drivers Dale Earnhardt and his son Dale Earnhardt Jr. Kannapolis is a great place for affluent people who work in the city, and it's also a great place to raise a family. There are several highly rated public schools and private schools in the area, like North Kannapolis Christian Academy. Kannapolis is also just a short drive from the heart of downtown Charlotte.

If you choose to relocate to the Statesville-Mooresville area, you'll need to visit the DMV to update your driver's license and license plate information. In fact, you can utilize the DMV's online service called PayIt to register your vehicle, if you've moved from out of state. In order to get a North Carolina driver's license, you'll need to make an appointment. At this appointment, you'll also be able to register to vote in your county.

Important Things to Know Before Moving to the Statesville-Mooresville Area

If you're thinking about moving to the Statesville-Mooresville area, here are a few things to consider:

If you're ready to relocate, contact our crews at College HUNKS Hauling Junk & Moving. We make it our priority to safely move your things to your new home, so you can start your next chapter stress-free