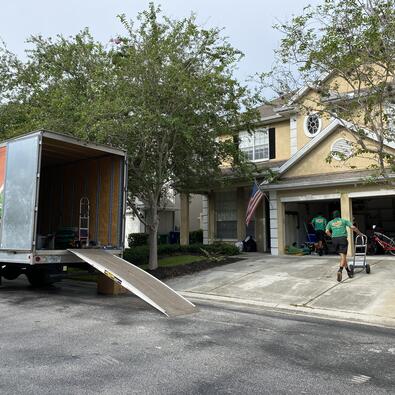 Moving is Booming—What’s Fueling Growth in 2021

The boom in the moving business that began in 2020 shows no signs of slowing in 2021, according to several recent studies. While moving residences over the past year may have begun as a trend fueled during the height of the COVID-19 pandemic by the ability to work from home anywhere in the United States, it has become an American phenomenon that is also growing due to rising rents, the appeal of homeownership, and the drive for many to live in less populated areas that may also have a lower cost of living.

Amid the pandemic in June 2020, Pew Research Center found that about one-fifth of all Americans moved or knew someone who did for a variety of reasons. Approximately one year later, the Neighbor 2020–2021 American Migration Report’s survey of over 1,000 US-based respondents found that over 20% more people are planning to move in 2021 than moved in 2020.

About 18% of survey respondents said they were able to move in 2021 due to the work-from-home flexibility that came about during the pandemic, with most of them citing their reason for moving as being the desire to "lower their cost of living". They also cited the desire to be "closer to family" as a factor in their decision to relocate.

Many also wanted "more living space", with 40% of respondents relocating from larger cities to smaller communities offering larger living areas at lower prices for rent and homeownership—a trend that is also on the rise due to low mortgage rates. Existing home sales peaked during the housing bubble in 2006, and in 2020 they reached their highest point since. Lower mortgage interest rates helped the surge in housing when they fell to their lowest level ever, according to data from the National Association of Realtors and Freddie Mac.

A recent study by Zillow, an online real estate marketplace company, found that more than 1 in 10 Americans say they have already moved in the past year—by choice or circumstance. The Sun Belt area of the nation has seen the most increase in residents during this time with Phoenix, AZ; Charlotte, NC and Austin, TX seeing the highest net inbound moves in the first 11 months of 2020. These Sun Belt cities are expected to continue to surge in population during 2021 and beyond.

How to Benefit from the Big Moving Trend in 2021

All of these national moving trends are driving growth in the moving and junk hauling industry as people pack and clean out their homes before their move and others remove clutter to make space in existing homes for offices and better workspaces. This considered, it’s a great time to get into the moving and junk hauling business—especially with a College HUNKS Hauling Junk & Moving franchise because our franchise partners had a banner year in 2020, earning an average of $1.31 million in revenue each.

With a business plan that has proven itself to be both recession- and pandemic-resistant, College HUNKS Hauling Junk & Moving also grew jobs, efficiency, the number of franchisees, and our community outreach programs. In 2020, we brought 40 new franchisees into our network, building on our continued success of having more than doubled the size of our franchise system since 2010. Thankfully, our corporate team worked to ensure each new franchise partner received uninterrupted corporate support as part of their onboarding, so they were able to launch their new locations as expected.

Pivoting quickly in the spring of 2020 to help control the spread of the virus, College HUNKS franchise owners claimed success when despite the shutdowns, people were needing to move. We knew we had to roll with the punches and tweak our business model to adjust to the industry’s new normal by offering express curbside junk removal, no contact quotes, and no contact payment for services to make sure our customers felt safe. This strategy delivered spectacular returns. Our systemwide revenue grew 17% year over year, while franchisee net income as a percent of revenue increased 39% year over year.

Find out how you can change your future by joining the moving and junk hauling services industry—contact College HUNKS Hauling Junk & Moving. We have territories available in major cities from New Orleans and Salt Lake City to Los Angeles and Boston. Now is the time!