Today’s Millennials, the nickname given to young adults born roughly between the early 1980s and early 2000s, are the largest living generation in the United States, according to the Pew Research Center. Many are now transitioning from entry or lower-level employees to become millennial business owners. College Hunks Hauling Junk and Moving has proven to be particularly well suited to the Millennial generation, with a large percentage of our successful franchisees coming out of that population.

We spoke with several of our successful Millennial Hunks to find out why so many millennial entrepreneurs have fallen for College Hunks. Here are five reasons we found and what some of our franchisees had to say about them.

1. The best way for millennials to start a business with little experience

“Franchising was kind of something that I’ve been wanting to do for a while. I think it’s the perfect way to do business; you get out of business school and want to start entrepreneurship, the best way to learn is by doing and luckily with franchising, you get a support system. You get to learn as you’re going along and some of the leg work has been taken off your hands.  For example,  College Hunks has the Call Center, they have the software, and they have a guide book for how things already work best; and then it’s just your job to tweak it for your territory. I’m a really big fan of the College Hunk system and how everything is so well laid out for us.” 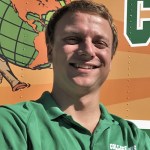 “They put a lot of money behind you. I thought I was pretty savvy in regards to social media, but College Hunks really is! They encourage you at the franchisee level to put a lot of money behind your big book advertising and your Google AdWords and just thinking of fresh ways to market that you wouldn’t expect from a moving company, but you would kind of expect from some other type of start up in the way that they attack the market. The way that they were able to leverage technology is amazing and they’ve taken what is basically one of the oldest industries ever, moving, and put this new spin on it by leveraging a bunch of technology with a lot of youth and enthusiasm, energy and positivity to align that with  the core values that we instill in our guys every day.” 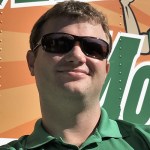 “College Hunks has a couple different vendor relationships that we’ve taken advantage of and set up accounts with. We have an account manager who monitors our Facebook ads.  We have another vendor partnership with a company out of Seattle that monitors our pay-per-click advertising on a day to day basis. And, they’re very responsive.  We have a monthly call with them where they go over our cost-per-acquisition, our cost-per-click and how the algorithms have changed in the last couple weeks.” 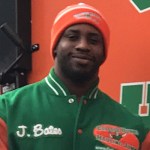 “College Hunks was actually a lot different than their major competitor, who I used worked for. At that company,  we were pretty much throwing everything away. So, it was pretty different for me to come over to College Hunks where we were trying to find a second life for everything and donate items to those in need. I’m trying to find a second home for items, trying to recycle items rather than just ending up sn the landfill.  Also the company culture was completely different. That other company wasn’t as career-oriented. At College Hunks, we are actually trying to build leaders. The company’s goals are always made upfront to the employees, so they always knew the main goal, which is being the biggest provider of jobs for the college-aged kids and having a place they can go to learn about business and promote entrepreneurship.” 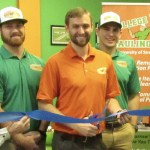 4. Mentoring and teamwork for business success

College Hunks Corporate helps a lot. There’s the knowledge base, which is on our proprietary HunkWare system. It’s got videos and different forms that other successful franchises have made in the past that you can use. Then you’ve got your Performance Advisor who you can call, email or text any time and they’ll get back to you usually the same day to answer your question and help you. There’s also small groups called MasterMind groups that meet two or three times a year. It’s a small group of owners from our region that meet to talk about different issues we may be having as well as different things that we’re doing right and all that kind of good stuff. The successful owners are very eager to share their methods with the newer owners. We’re all part of the same team.”

“When we met the founders, Nick and Omar, they were highly and heavily involved in the day to day operations. We got to meet them and go to dinner with them. And, it just seemed like they really cared about the franchisees that owned at an individual level. I thought that was really, really cool, the support that they offered. It didn’t seem like you were just opening up McDonald’s that was one in a million and you probably would never talk to anyone that was involved at a corporate level, but instead talking to Nick and Omar directly. I think that was really a big turning point for me, and made me feel like we are appreciated in the company and we are offered so much support.”

“Part of what attracted attracted me to College Hunks was having a variety of things happening on different days. I like variety and while in the grand scheme of things I do the same basic thing every day, I face different challenges every day. With this type of business I feel like every day is something different, it’s never the same thing.”

“You know, millennials are young, so one thing that I liked about College Hunks is the steady pace of growth. If you open a restaurant, one of the busiest days you’ll ever have is your grand opening. Instead of being hit in the face like in that industry, this industry’s completely opposite. You’re slowly, gradually building by adding another truck and then adding three more guys to your payroll, for example. That way, I can grow with my business and grow it as fast as I want to grow it.”