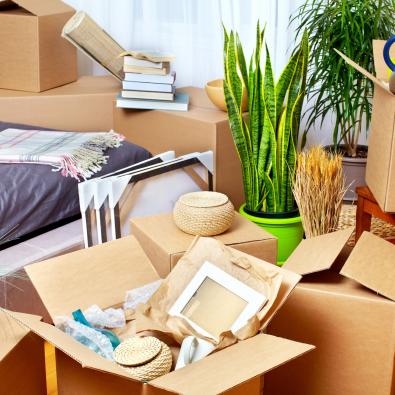 How To Streamline Your Moving Day With The Minimalism Mentality

How To Streamline Your Moving Day With The Minimalism Mentality

Every year, over 1.5 million people move to another county. Throw in the statistics for people moving to other states, and you'll probably get millions more.

In any case, a huge number of people relocate every year, and it might just be your turn now. Whether it's your first time moving or you're a veteran, it never fails to be an anxiety-inducing experience.

If you're moving soon and are stressed out, then you'll want to read this article. We'll discuss how you can cut down on anxiety and make your move easier with the minimalism mentality.

As the name suggests, minimalism is living a life with just what you need, nothing extra. Many people were introduced to this concept in the late 2010's when the show "Tidying Up with Marie Kondo" premiered on Netflix.

Nowadays, Americans typically have too much stuff and not enough money. In a group of 7 Americans, 1 will have a room they can't use because it's filled with things they don't use.

Not only is this a waste of space, but it's also a waste of money, considering these things aren't utilized. In addition, cluttered space can have an effect on your mental state.

Minimalism is a way of life and philosophy that people adopt to not just make life simpler, but also less stressful.

How to Be a Minimalist

When it comes to becoming minimalist, it sounds easy enough, right? Just get rid of your junk and you're done.

But minimalism is so much more than that. Read on to find out more about the minimalism lifestyle.

The most obvious way to be a minimalist is to own fewer possessions. Take a look at any room in your house.

Do you actually need every single object in there? Probably not.

A great way to get started on being a minimalist is to tackle each room and sort out what you need and what you don't, even if you're not moving for a while. If you do this right, you'll have a large "to go" pile and a smaller "to keep" one.

You can then give these unnecessary items new life by donating or selling them to other people who can make better use of them. If you choose the latter option, then you can make some money for your upcoming move too!

Are you the type who goes shopping, gets excited about everything in the windows (and stores), and buys it all up? And then you go home, unpack your new belongings, and never touch them again?

Then you need to change your mindset in order to become a true minimalist.

This doesn't necessarily mean you have to live in a sterile-looking and bare house. It just means you need to be extra-smart about every single thing you purchase and acquire.

Whenever you go out to shop, make sure to practice good self-discipline and not make impulse buys. For example, you might be highly drawn to that collection of beautiful candles at your favorite store, but you already have one or two candles at home.

When you adopt a minimalist lifestyle, you need to make every purchase count and not just buy things because you like them.

The biggest thing about changing your mindset for minimalism is differentiating between want and need. For the most part, you have to make purchases based on need. Every item you possess needs to have purpose; it can't just be in your possession simply because you wish to have it.

Many people have the misconception that minimalism means just living with the bare minimum, and nothing else. While this is true to some extent, it doesn't mean you can't still show your personality.

For example, many people think you can't decorate your rooms and instead need to keep it plain. But that's not true at all!

You can practice minimalism and still have vibrant, interesting rooms in your home. Again, you just have to be smart about it and choose decorations that aren't junk or clutter.

Another example is how people have the misconception that you can't have anything of sentimental value. Minimalism is about owning less, not nothing.

The most important thing is that every item you own has purpose and meaning. So if you want to display a keepsake from your mother, then that's perfectly acceptable by minimalistic standards.

And last, but certainly not least, minimalism definitely isn't boring! In fact, with the money saved on reducing worldly possessions, many minimalists are able to put that cash towards other passions, such as traveling the world. Plus, by decluttering and saving only what you need, you'll essentially declutter your mind and live a much happier life.

How to Apply Minimalism to Your Moving Day

As we've said above, a great way to get started on the minimalist lifestyle is to go through every room, declutter, and figure out what you really need vs what you can let go of. If you can do this before the big day, this can help immensely and cut down on a lot of work.

Decluttering isn't just a "one and done" deal. Even if you stay in your house for years before you move, you always have to reassess and declutter every once in a while.

Before you move, it's important to do it one last time. What might've been a necessity in this house may not be in the next.

For example, you might have a clothes rack, but the new house has an extra closet. So now, you can get rid of this rack. This can be especially helpful if you're downsizing to a smaller house and don't have as much room.

Make sure you sort items into trash, recycle, and donate/sell. By doing so, you can ensure you're being eco-friendly.

People have a tendency to hold onto things because not only have they spent money on it, but also because they see a potential use for it in the future.

When you're moving, use the minimalist's 90/90 rule. If you haven't used it in 90 days and you're not planning on using it in the next 90 days, then don't give the item another thought. If that seems too extreme to you, then use the year rule instead.

In any case, you need to be firm with yourself on what you're keeping. You don't want to move into your new house with a bunch of junk straight off the bat, after all.

Most likely, you've already seen and gotten familiar with your new place. As a result, you should have a good idea of how much it can hold compared to your old home.

So before you move, set an achievable goal for yourself. For example, you can tell yourself you want to whittle down all your possessions to a third of what it was originally.

This can help turn the process of moving into a game and make it more fun and less stressful. You'll challenge yourself to really make your goals happen and when you do, it'll feel satisfying. Gamifying tasks is a popular method people are using to motivate themselves to do certain tasks, so it can be very helpful for moving.

Put Some Items in Storage

For some people, even after they've sorted through their stuff, they won't have the room to keep it all in the new house. And that's ok! It's hard to get rid of some belongings, especially if they hold huge sentimental value for you (such as a childhood teddy bear).

You can put all of these things in one pile and put them in temporary storage. You can do this by either putting them in a storage unit or a loved one's house if they have space.

This can give you a test run on whether or not you can truly part with these objects. If you find you can't live without them, then you can always get these boxes back once you've settled into your new home and can find space for these items.

Moving With the Minimalism Mindset Will Help Immensely

Now that you know what minimalism is and how to be one so you have a different mindset, it should be a lot easier to handle your upcoming move. Not just that, but you now have the tools to handle future moves and other situations in your life that may stress you out.

So take what you've learned from here and apply it to your everyday life. Get some clarity and feel the stress melt away.

Need help with your big move? Then get in touch with us now. We can help with all aspects of moves and also provide you with a free quote!