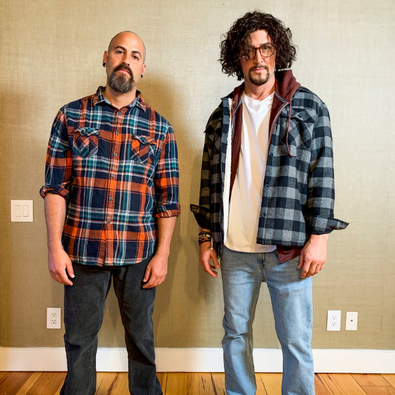 The path to a billion-dollar brand is paved undercover. Omar Soliman and Nick Friedman, Co-Founders of College HUNKS Hauling Junk & Moving made history on January 7th, 2022 when they kicked off the 11th season of CBS’s Undercover Boss, as the first duo bosses to ever be featured on the two-time Emmy-Award winning show together.

Best friends since 10th grade, Soliman and Friedman built College HUNKS from a single beat-up van into a $200 million business. On the heels of a record-breaking year, these two bosses went undercover to ensure the company they started 15 years ago is fit and ready to achieve their goal of a billion-dollar brand in the next few years.

College HUNKS, an industry leader, is known for our dual revenue streams – junk hauling and moving services – two opportunities that help maximize profitability for 150 franchises. While moving services were added later in the business and make up 50% of the revenue, College HUNKS began as a junk hauling service and grew to a million-dollar business within the first 2 years on junk removal services alone. The increase of families at home since 2020 has increased the demand for junk removal and the Co-Founders could not pass up an opportunity to go undercover after 15 years to gain insight into our ‘newer’ service (moving), and our foundation (junk hauling). “If we’re going to be a billion-dollar brand, junk removal has to be at the cornerstone of it,” said Friedman.

The show gave each a first-hand look at ways the two sectors could improve their operation – from helping movers retain more of their tips to streamlining a junk hauling sorting system for increased sustainability, and helping a franchise owner keep his franchise after struggling with customer reviews. The inspiring episode garnered media attention from countless national and local outlets such as Forbes, the International Franchising Association, Entertainment Weekly, Los Angeles Times, Newsweek, Bloomberg, Tampa Bay Business Journal, and others took to social media to share the news.

Here are some of the highlights from the Undercover Boss episode where the bosses went undercover in disguise:

CBS’s Undercover Boss appearance is a complement to the host of previous TV appearances and accolades College HUNKS Hauling Junk & Moving’s Co-Founders have received, and a win for the College HUNKS brand. It brought attention to the company operations and the brand’s signature Honest. Uniformed. Nice. Knowledgeable. Service., and highlighted Veterans and women as a valuable part of the College HUNKS family – a reminder that anyone can be a HUNK. “It’s not about male or female. We redefine what HUNKS stand for and Jessica is definitely the definition of a HUNK,” shared Nick Friedman after working with Jessica as part of the Undercover Boss episode.

Building on our foundation of excellent service, franchisee support, and discovering ways to improve even little things, all of the recent press coverage is proof that College HUNKS is an ideal opportunity for leaders from all walks of life. As stated by Omar Soliman, “We’re on a path of a billion dollars. It’s a big number but it’s going to be about the little things. If we can focus on those little things and make them right, we can get there.” Growing the brand to reach this goal will require work from all levels – especially the franchise owners and their teams of HUNKS but we know we are destined for greatness and are ready to put in the work to reach our goal as a company.

Are you driven to reach goals? Are you a natural leader? If so, we should talk about franchise ownership opportunities with College HUNKS Hauling Junk & Moving . . . and don’t worry, it doesn’t have to be undercover.