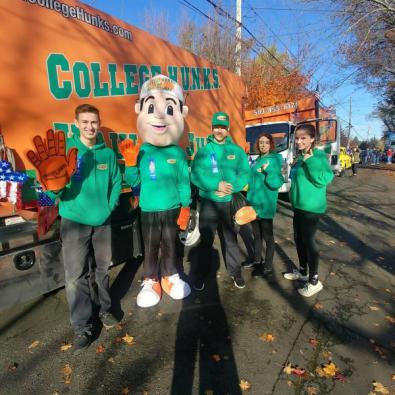 When Making the Tough Choice is the Right Thing to Do

When Making the Tough Choice is the Right Thing to Do

Making the decision to start your own business takes a lot of gumption, patience, and work.

Change can be frightening, and stepping out of your comfort zone takes a lot of strength of character. Taking risks that might run counter to the outside world’s idea of what they think you should do requires knowing who you are and a belief in your ideas and ability to execute them. Successfully growing your business is as much about knowing what opportunities to pursue as it is knowing which ones to decline when they don’t fit.

When College HUNKS. founders, Nick Friedman and Omar Soliman appeared on the debut season of Shark Tank in 2009, their College HUNKS Hauling Junk business was already taking off but they were looking to possibly raise some money for a new venture and were met with some skepticism. The snarky sharks wanted to know why they should invest in a new business instead of the already successful College HUNKS. business. After several interesting offers from the venture capitalists that involved selling a percentage of College HUNKS. to the sharks, Friedman and Soliman declined their offers. Although the pair didn’t get the investment they were looking for, they knew where they were headed and that didn’t involve handing over control to anyone else.

Know who you are and play to your strengths

Declining the investment took guts but Nick and Omar knew they were on to something and decided to move into the moving business. Because everyone with a truck and an extra set of hands can offer moving services, the College HUNKS. owners needed more than just clean trucks and uniforms to make an impact. Making the decision to start College HUNKS. Moving Services, in addition to junk hauling, the owners realized they had to set themselves apart from other moving companies. They wanted to relieve the colossal stress of moving and set about to alleviate customers’ anxiety by listening to their customers’ concerns and delivering on their requests to the best of their abilities. This direction proved to be the right way to move forward, offering College HUNKS. Moving franchises and College HUNKS Hauling franchises or both businesses for one franchise fee. Today, College HUNKS. is one of the largest and fastest-growing franchise companies in the country but that didn’t just happen. A well thought out and researched business plan, along with a catchy name and the commitment to overhauling the hauling and moving industry, played into their continuing success. Declining the sharks’ offers took College HUNKS. in a new direction, one the founders may have never considered if they didn’t have the guts to take a chance and invest in themselves.