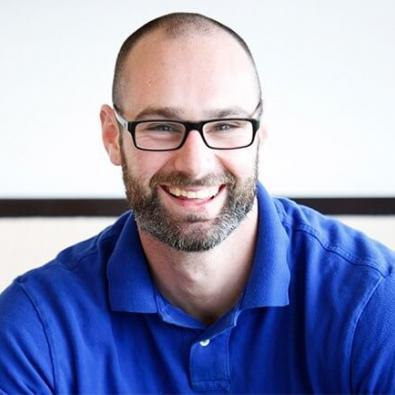 As the owner of multiple franchises and with a family history of major brand franchises and a career as a franchise broker, it’s safe to say that Andrew Lawrie knows a thing or two about franchising. So, when he decided to add a junk hauling franchise to his portfolio, he knew College Hunks Hauling Junk and Moving was the best choice.

This is his story.

When did your College Hunks franchise open?

We opened in September of 2016. It’s been pretty busy so far, so that’s awesome.

What were you doing before you started with College Hunks?

I actually have been in franchising for about 15 years. I’ve been either president or the sales director or operations director of several different brands. We currently own a Philly Pretzel Factory franchise, College Hunks, obviously, and Fitness Machine Technicians. I’m also a business broker and the co-founder of the Philadelphia Franchise Association.

So, you pretty much have no free time.

Are you having somebody run your College Hunks for you or are you just splitting your time?

We have a manager for the Philly Pretzel Factory. For the Fitness Machine Technicians, we have an operations manager, who I’m actually going to convert over to College Hunks. Currently, I’m acting as the operations manager until we get further down the road, and then I’ll know enough to basically transfer and teach.

What made you decide to expand your portfolio into junk hauling?

Actually, my wife and I were watching Blue Collar Millionaire and saw the story on Nick and Omar [the founders of College Hunks]. My wife was very excited about it, more than any of the other franchises we’ve done. We brought it to my parents, who are our business partners in this venture, and we decided pretty much on the spot that we wanted to do it. Soon after that I was down in Florida doing training for Murphy Business Financial, the business brokerage. I emailed Danielle Wright Kimble, the Franchise Developer for College Hunks, and we met up that day.

What was it about that conversation that confirmed you had made the right choice?

I’ve read, written and seen about a thousand different franchise disclosure documents (FDD) so I just asked my basic questions about the FDD. She sent it over. As soon as I read the FDD, I liked what I read, the service and everything, and I pretty much moved forward with it right then.

What are the main things that you liked about the business once you looked into it?

A couple of the main things are, number one, the fact that we have the call center down in Tampa. I think that’s absolutely essential. It’s easier for us to work on the business without us having to take all the phone calls day in and day out and do the scheduling. It makes us able to be out on the road and performing our jobs even better. Number two is the marketing. I like it when I see a company putting so much effort into their marketing and their branding. We truly believe in spending money to make money. It was mainly the marketing and the call center.

Also, it’s obvious to me that it’s a recession-proof business. Yes, people might move out of their homes, but if something were to happen and the banks take over, somebody needs to go into those houses and clean them out or do the moving for them. I just think it’s an amazing system.

What are your overall goals for the business?

Specifically, we want to grow our zones. We currently have one zone. I’d love to be in the one and a half to two million revenue range with anywhere between three to four junk trucks and two to three moving trucks, at which point we’ll expand to another zone and hopefully up to three or four zones.

Is there another College Hunks franchise in your area?

There is. That’s one of the things that also attracted me to it is that I kept seeing the College Hunks trucks in our territory, even though I had already made my purchase. Mike Orr, over in West Chester, is a great franchisee. I think it’s free marketing when I see those guys in my territory, even before I opened up. It’s great.

The training was great. I think that they know what they’re talking about. I just can’t wait to see the ongoing support. It’s mostly marketing. Because I’ve done several other franchises on the operation side, I’m pretty good at knowing what to look for. My family, my great uncle actually, started Dunkin Donuts, so I’ve been in franchising a very, very, very long time. When I look at a business, I’m looking for the coaching and support from the founders as well as the team. Letting me run my business the way that I know that they want it to be and then just helping me through those pitfalls or those plateaus.

How do you see your particular franchise filling a need in your community?

We believe in community outreach. We sponsor Little League. We sponsor teams. We work with the high schools and everything.

You’ve got so many businesses. Have you been doing any cross-promoting?

Always, always, always, always. Because two of them are service-based, a lot of the people that we’re hitting are the same. Then with the Philly Pretzel Factory, we used to bring pretzels to whatever meeting we booked. Everybody loves pretzels.

Are there any family members helping you out with the College Hunks business?

My wife is helping out a little here and there. My parents, Greg and Linda Lawrie, are business partners for this. I wouldn’t be here without my grandfather, in all honesty, Leonard Swartz. He’s been in franchising for sixty-some years and was the first CFO of Dunkin’ Donuts. My great uncle was Liam Rosenberg, who founded the IFA and Dunkin Donuts. Without those guys, I wouldn’t know what franchising is. I’ve just taken on the next step to do this with my family.