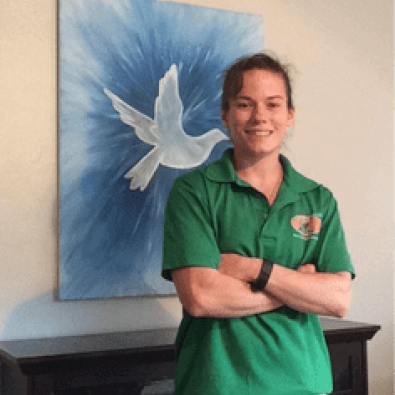 A positive mindset, great customer service skills and willingness to tackle anything matter more than gender in this business 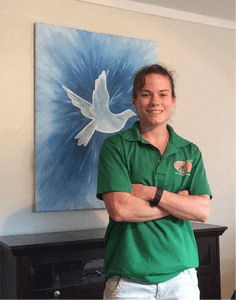 “You brought a girl?” That’s what Ashley Lott hears a lot when she rolls up in a College Hunks Hauling Junk and Moving franchise truck in Nashville, but she’s pretty good at putting the skeptics on the right track quickly.

“The clients sometimes aren’t sure why I got sent on the job, but when it’s all over they are saying they shouldn’t have doubted me — it feels pretty good,” Ashley says. “And I think it’s great that College Hunks Hauling Junk and Moving is a company that is not afraid to put women out there. That’s a really good thing.”

As someone who’s played sports her whole life, is in good shape, and is strong, Ashley is a natural for a College Hunks moving and junk removal franchise. When she applied for a job, some of her other attributes came to light, as well.

“They saw on my resume that I’d been in the Ranger Company with the ROTC at the University of Tennessee for several years, and they realized that wasn’t the easiest thing for a female. So they wanted to talk to me,” Ashley recalls. “The guys on the crew were OK with having a woman on board, and so I was offered the job.”

Calling her strength “a blessing,” she quickly set out to be not only a hard worker, but also a point of inspiration for fellow crewmembers and customers alike.

“No man likes to be outdone, so if I’m working hard and fast and someone else isn’t, they’re going to pick up their speed,” she explains. “I had to sell myself a little bit to everybody, but it’s worked out really well.”

The work can be hard, and as Ashley puts it, “your body can hate you” at the end of a long day. She says that she’s learned a lot about the moving and junk removal franchise business, as well as added to her own considerable skill set.

“I feel like I have a bunch of brothers now, and that’s nice,” she says. “And after a long day it’s great to go to bed and sleep like a baby. College Hunks Hauling Junk and Moving provides a very fun atmosphere to work in, and no one was judgmental because I was female. I did have to prove myself, but once I gained that respect it was held. You can work really hard and make a success of it. For someone like me, who doesn’t like to stay stationary, this is a great job to have. It’s good exercise, you get to make the clients happy with a job well done, and you can learn a lot about how a business like this operates.”