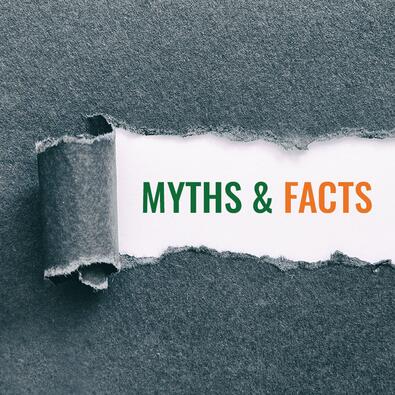 What's Fact and What's Fiction When Owning A Franchise?

While many people are curious about owning their own franchise business, their entrepreneurial interest is sometimes quashed when they hear the common misconceptions about franchise ownership. Of the many myths that keep people from considering franchise ownership, here are the top three–BUSTED.

The truth is that you can own a home-based or mobile franchise for as little as $10,000 or an upscale hotel franchise for as much as $5 million. There’s a wide range of ownership costs in between those figures for franchise businesses of all kinds. How much you pay for your franchise will depend on various factors such as its industry type, the franchiser’s business model, and the costs that are detailed in the Franchise Disclosure agreement, which is the agreement between you (the franchisee) and the franchiser. You may wish to set aside money for an attorney to review your agreement and an accountant to check the numbers.

College HUNKS Hauling Junk & Moving has been voted one of the top, low-cost franchise options for the past 3 consecutive years with a franchise fee of only $40,000-$60,000. Of course, all business and franchise opportunities require working capital for various expenses in addition to the franchise fee.

If you are considering taking a loan to purchase a franchise business, there are some great options available as the country re-invests in small business as we pull out of the pandemic. Whatever your franchise business costs are, most banks are much more willing to make a business loan to an entrepreneur buying a franchise than to one starting a business from scratch. From the lender’s perspective, there is less risk involved because franchisees have a much greater success rate as a result of working with a proven business model in contrast with other small business owners.

Myth 2: You don’t control your own business–the franchisor controls your business

Nothing could be further from the truth. When you buy a franchise, you purchase a proven business model, systems, marketing support, and brand credibility but it’s you who builds your own business. You are considered an independent operator of the franchise who can–and should–make impactful decisions every day, such as employee hiring and firing and the implementation of innovative ideas that boost revenue.

Myth 3: You must work constantly

Although putting in the hours to make any business successful is required, working smart trumps working hard. Operating as a franchisee actually cuts back on the number of hours a business owner starting from scratch would have to work to put all the pieces of a business in place and run with them. Having systems, training, and marketing in place that have already proven successful also takes a lot of the mystery and risk out of owning a business, both of which cost time and money.

Have you thought about owning a College HUNKS franchise?
In 2020, College HUNKS added 40 new franchisees to its 155-franchise network that reached $100 million in revenue in 2019 and should reach close to $200 million by the end of 2021. This built on College HUNKS’ success of having more than doubled the size of its franchise system in the past 3 years and experiencing 500% systemwide growth since 2013. In spite of the challenges brought on by 2020, new College HUNKS franchisees were able to open their businesses as planned because of the sustained support from HUNKS central and the corporate team (i.e., constant communication, onboarding, pre-training, training, etc.). College HUNKS Hauling Junk & Moving has repeatedly demonstrated that these myths about owning a franchise business are certainly not true.