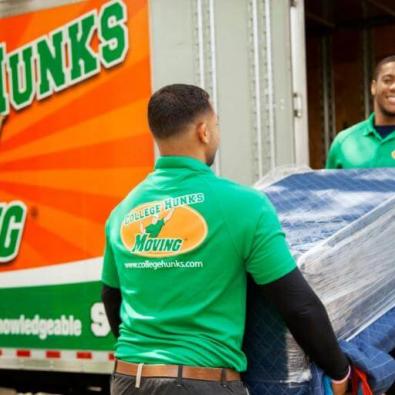 Good Times And Growth With Our Junk Removal Franchise Opportunities 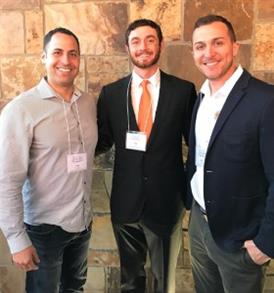 College Hunks franchisee Trent Lott’s journey as a business owner is emblematic of our growth-focused culture at College Hunks. He went from working on the trucks as a college student to taking charge with our junk removal franchise opportunities and becoming an owner himself. For his success, he credits his hard work, business school training and the supportive culture and framework at College Hunks.

How long have you been with College Hunks?
I was an employee as one of the hunks on the truck in the South Tampa location starting in May of 2015, and I became a franchisee myself in March 2016.

So, you had a behind-the-scenes peek at how the whole thing works. What made you decide you wanted to own one?
Franchising was something that I’ve been wanting to do for a while. When you get out of business school and want to be an entrepreneur, the best way to learn is by doing. With franchising, you get a support system. College Hunks has the call center, they have the software and they have a guide book for how things already work, and then it’s just your job to tweak it for your territory.

I also really like the culture here. Everybody gets along, we take care of each other and College Hunks has an atmosphere where everybody has a good time helping each other grow.

Did you look at any other opportunities while you were deciding to start a franchise?
We looked at a few. We were looking at Hungry Howie’s for a little bit, Dunkin’ Donuts, as well as other businesses that I had my own ideas for. But in the end, I decided on College Hunks. I could start it in my hometown, and the areas around me are growing pretty rapidly. And we’re close to reaching 100 units, so it’s one of those fast-growing companies where you want to get in now rather than later and be a part of the growth story.

What stood out about College Hunks, compared to the other opportunities?
I really liked how involved they are in helping people grow and building leaders, which is one of our core values. My manager when I was working at the South Tampa location, he moved up from being on the trucks and then management at the South Tampa and Orlando locations for five years. He’s now the St. Pete and Clearwater co-franchisee.

One day when I was still in college and working on the trucks, he needed another guy and called me in. As we drove out to the job, we just started talking about different parts of the business. I think he enjoyed getting asked those questions from one of the truck guys. He allowed me to make sales calls and handle some of the admin and office work. He just started to build me up, knowing that I wanted to be a franchisee. So he started teaching me everything that I could know. There aren’t too many places that will go to those lengths, and they’re willing to do that here.

And I think that showed everyone around us the level of quality that we provide. No one’s going to take care of a customer as well as we are. You don’t have to get on the truck, but in the beginning, if you’re willing to get out there and really lead from the front lines, as you build your company up, you can get a little more hands-off and delegate responsibilities.

I think that’s a great opportunity for people. If you want to own a franchise that you don’t have to put any effort into, then this isn’t the one for you. The people that really go in there and try to work aggressively are the ones that see massive growth, because the potential is there.

Once you really get going and build up your team, there is a potential to be more of an absentee owner. It’s not a franchise where you always have to be in the day-to-day activities. They provide the framework and then tell you to build the company within the framework.

I’ve built people within my company that can be in management, people who came off the trucks and will hopefully be franchisees one day. I tell them all that if we do well enough, and you’ve proven yourself to me, we can help you own your own franchise. College Hunks is very big about taking people off the trucks and putting them into those roles. It’s up to you to strategize how you want to build your company, and I really love that about it.