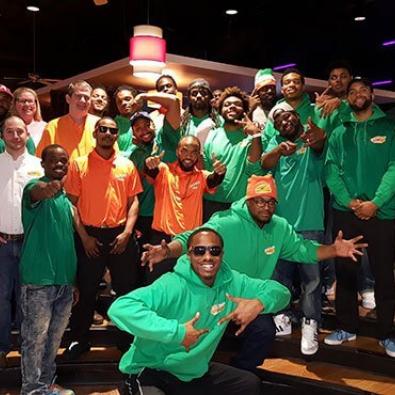 Longtime franchisee shares how he and College Hunks have managed such strong growth, together

Roger Panitch was an early believer in the College Hunks brand, first signing on as a junk removal franchise owner back in 2009. And as the brand has grown, so has he; in fact, he achieved a very impressive feat this year. Roger’s four-territory franchise in Atlanta made Inc. magazine’s list of fastest-growing companies, along with the entire College Hunks brand. Roger spoke to us about what it was like to earn such an honor, as well as how he’s seen both the brand and his own franchise grow and evolve over the years.

How does it feel to have your franchise be named as one of the fastest-growing companies in America?
I seized the opportunity once I got the email saying I could apply. I think we could have 10 franchisees on that list next year, because we realized that a lot of us could qualify for the Inc. 5000. It’s based on three-year growth, and it’s absolutely a cool honor. I think we’re going to have a bunch next year. It’s a great PR opportunity for everybody.

How many territories do you own?
I own four. I started with two, and then because I was the only one in Atlanta, I was also taking some jobs outside of my zones. I was happy to purchase more zones, so I bought two more.

What was it that first convinced you to join College Hunks as a franchisee?
I was practically becoming a professional franchise investigator. I had gone down the path with six other franchises, four of them in the same vertical, and none of them fit. I met with a different recruiter, and when he was going through his presentation book, College Hunks really jumped off the page for me. He was turning to the next company he wanted to show me and I told him, “Wait, go back!” The next day I was on a call with the internal recruiter, and the day after that I was making validation calls. I had been investigating franchises for a month and had no problem picking up the phone and calling people. I almost got concerned because everybody loved what they were doing, nothing that anybody was saying was negative out of all the franchisees that I talked to. That can almost scare you a little bit, so I came back and I asked some challenging questions to the internal recruiter and spoke with President and Co-Founder Nick Friedman directly. I went down for Discovery Day with my wife with a check in hand, fully prepared to sign on the dotted line, which is what I did.