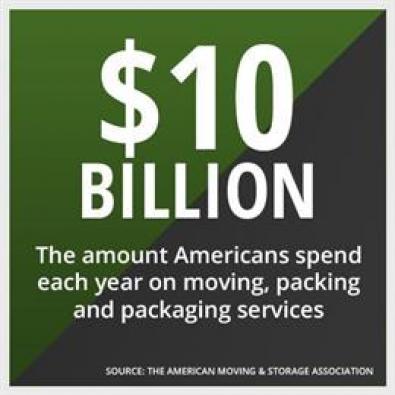 Q&A with Brandan Underwood and Acey Ignacio, who hope to help others follow their path to business ownership

Brandan Underwood started out as a part-time junk hauler and is now a business owner thanks to College HUNKS Hauling Junk and Moving.

He started working with the corporate-owned location in Tampa on weekends while studying exercise science, and he enjoyed the work enough to carve out more time for it in his schedule, eventually moving into a management role. An old friend, Acey Ignacio, followed a similar path. He was studying health sciences and planning to become a trainer or physical therapist, and he started working at College HUNKS part-time before moving up the ranks.

Now, three years later, they have left their corporate jobs to launch their own College HUNKS Hauling Junk and Moving franchise across the bay in St. Petersburg. Their business launched in April.

This is their story.

What was it about College HUNKS that made you want to turn a summer job into a career and start your own business?

Brandan: The biggest factor for me was the team atmosphere. I played football my whole life, and having that fall away as I got older, College HUNKS was a really good substitute. It gave me that team and brotherhood atmosphere that I was accustomed to.

Acey: I fell in love with the team atmosphere, too, and one of the things about my personality is that I really like meeting new people, talking to new people and problem solving. I enjoy meeting the customers, and while you might think that every junk job is basically the same, it’s really not. You have to solve all types of situations that arise, and that is one of the most fun parts of the job.

Were you surprised at how much opportunity there actually is in junk hauling and moving?

Brandan: Yes. It was amazing. When I first started with the company it was within the same month that College HUNKS started offering moving services. Starting from there, and to see where we are now, it is absolutely staggering to see how much we have grown. It has given me a new mindset and opened up my eyes to an industry that really is a very commanding industry in the United States. 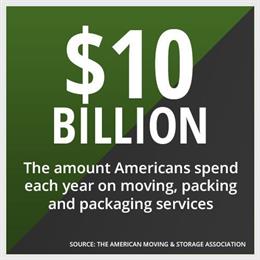 When did you both decide that you were ready to strike out on your own and open your own franchise?

Acey: We had been talking on and off about what was next in line for us, and we both decided the next step was becoming franchise owners. When we spoke to Nick and Omar about it and they said yes, it was great. They had all the faith in us in the world, so that meant a lot to us.

How has the business been received so far?

Brandan: It has been really good. We started up all of our marketing campaigns, and it is really starting to take off. The good thing about Acey and I owning our own franchise is we are able to be on the vehicles and we can groom and train our new employees just the way we did over in Tampa, so they are able to learn from all the experience that we have had with being with the company for almost six years.

How much time are you spending on the trucks? I know a lot of franchisees don’t spend much time on the truck because they’re focused on other ways to grow their business.

Acey: Right now we get started in the morning before any of the crews come in, and we take care of the operations side and game plan what we are going to do for the day and what our goals are for the day and the week. We provide a lot of hands-on training so we can get the culture right. We are different than and better than other companies because of our culture and our training.

Teammates huddle at the end of a morning goal-setting session at Brand Central in Tampa.

Building leaders is one of College HUNKS Hauling Junk’s core values, and the two of you prove that the business can help people become entrepreneurs. Is that something you hope to pass on?

Brandan: Absolutely. We do something that a lot of business owners don’t do, and I think they should do, which is involve our guys with the financial side. When we have our all-staff meetings, Acey and I sit them down and go over our P&Ls to let them know how much revenue we’re pulling in, and the expenses. Just because you may have done $140,000 in a month doesn’t mean that $140,000 is going into the owner’s pocket. These are all things that, yes, you can learn reading a book in school, but having that hands-on experience of running a business and seeing where every dollar really goes is invaluable. I think it is a lesson that they can take with them for the rest of their lives.

What are some of the things you think College HUNKS does extremely well?

Acey: I think the things that College HUNKS does very well, better than any other company in this industry, is our customer service. We care about our customers. When a customer hires us and becomes part of our clientele list, they are in a family now. We take care of them. They are not just dollar signs to us. We try to change people’s lives. Our mantra is “Move the World,” and that is something we believe in.

What does “Move the World” mean on a day-to-day basis?

Acey: Some people may think it literally means we’re just taking care of moving and junk hauling needs, but it’s really a mindset. When you are moving the world, you are not only moving their items, you are also taking a big burden off of them. Moving is one of the most stressful things you can do in your life, and we want to make that as stress-free as possible.

What are your goals for the business? What are you hoping to accomplish with it over the next few years?

Brandan: We plan to grow it as quickly as possible, not only for our success, but we want to create opportunities for a good number of employees. We want to give everybody the same opportunity that Acey and I were given to grow up to a management position and learn how to run a business. We also hope to open another location in the northern part of Pinellas County as we grow.