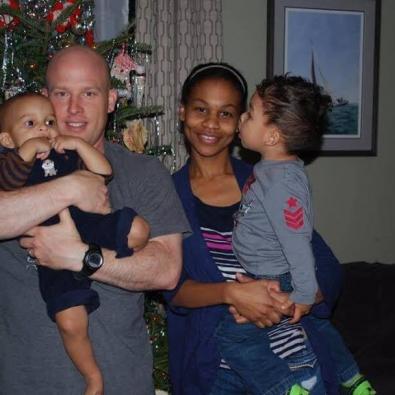 For 17 of his 20 years in the U.S. Army, Master Sergeant Keven Elwood kept Chinook, Apache and Blackhawk helicopters in tip-top shape as an aircraft repair and crew chief with a Special Operations Aviation unit, deploying 17 times to places like Afghanistan, Iraq and The Philippines. Now, retiring from the Army in Spring 2016, he’s ready for his new adventure as the owner of a College Hunks Hauling Junk and Moving franchise in Colorado Springs. Here is his story:

How did you find out about College Hunks Hauling Junk?

My intent, up to and including last year, was to get out of the Army and get a job like everybody else. Nine to five. On LinkedIn there was a white paper about how veterans don’t buy franchises, which is true, because we don’t want to invest all our nest egg during a difficult transition. I made an online comment that we didn’t want to lose all our cash, and a company called the Entrepreneur Source hit me up and began to ease me into the idea of owning my own franchise. As soon as I got in contact with College Hunks, I pretty much knew I was going to buy it. They had the right energy level. They had the right culture to fit my personality, and I knew that I would be a franchise owner at that point.

What sets College Hunks apart as a business opportunity? Why did you pick it?

What makes College Hunks the right fit? Simply, the energy level. The culture is impossible to beat. They really focus on their employees. The Building Leaders concept is extraordinary. I’ve spent my entire adult life building young people into great Americans in the military, and I believe that College Hunks can also build great leaders. And that’s what really drove me to make sure I was going to buy a College Hunks franchise.

What kind of person makes a good College Hunks franchisee?

I would say that just having recently met most of the College Hunks franchisees at the annual College Hunks conference, there are many types of franchise owners inside the brand. Although I believe they’re looking for energy, they’re also looking for somebody who is willing to take the company forward, and not just sit back and run a College Hunks Hauling Junk and Moving franchise. Somebody who’s looking to go higher and beyond just hauling somebody’s old chair or couch or moving them from place to place, but to really get into the brand’s purpose and make something greater.

Is there a misconception about the moving and junk hauling industry?

I think that nobody wants a guy in a tank top and smelling like three day-old garbage showing up at their house and moving their belongings. They want somebody professional. I think the industry has to come around to the College Hunks way of life. You’ve got to focus on the customer; you have to be 100% customer-focused. That’s the only way it should be. You have to be professional, be on time and be presentable.

What does a typical day look like for you as a franchisee?

Right now I’m in the opening phase, so the day is spent generally emailing and calling people to try to get my business set up and organized. So the day I’m ready to turn the key and let trucks run out, I’m ready to serve and grow the business.

So, you’re still in the hiring process. What kind of candidates are you looking for?

Fortunately, for me, my background offers me a great advantage over anybody else. The candidates I’m looking for are coming to me in the form of soldiers getting out of the military, transitioning into college in the fall. Generally, getting employees on board in the very beginning is very difficult for franchisees. My military service and my ties to that organization have probably allowed me to hurdle some of those issues most guys and gals have.

How large is the opportunity for growth?

Who are your main customers?

My main customers are primarily working individuals, professionals. People who value their time more than they value the cost of the service. Somebody who wants to be sure that their belongings will get from point A to point B in one piece, or that their old belongings will be donated to the right organization, without the worry of theft or the worry of who’s going to be in their house. Those who want clean-cut, organized employees showing up to their house. They want to know they can be secure. They can call us to help them do something, and they don’t have to be concerned about who is in their house.

Describe Colorado Springs as far as the transient nature of the population. Are there a lot of people moving in and out of there?

Colorado Springs is growing, so there’s a lot of people moving in, especially in the northern parts of the city. People try to take advantage of the lower home costs and are still commuting to Denver every day. People are also coming to Colorado Springs for the beauty of it. It’s up against the side of the mountain, so it’s gorgeous. People are really moving in here quite often. I think the outbound population is more military than it is actual civilians.

How does corporate support your growth?

Corporate supports my growth in every way I think a franchise possibly could. Now they have a ramp-up coach assigned to the franchises that are getting started. They have a franchise business consultant assigned to every franchise to help them maximize what they’re doing, maximize profits, maximize revenue. They make sure we’re starting up in accordance with their system. They have a system that works. If you just use it, it will work. So they make sure you know how things are supposed to go and move forward, while still giving you the ability to be a business owner.

Again, the energy level. It is such a young business, from the leadership at the corporate level, all the way down. It’s a young business, period, so it has a lot of room for growth. And the leaders allow that growth to happen if it makes sense. You can come to the table with a great idea. It gets staffed and put into action as soon as possible if it meets the common sense test as something that will work in this business model. There is a lot of room to move the business around, to grow it even larger and continue moving forward.

What does franchise ownership allow you to do that you couldn’t do before?

I was in the Army, so that’s a little bit of a different challenge. Franchise ownership actually lets me sleep till probably 5:30 in the morning. That’s pretty good. It’s early to everybody else, but that’s 45 minutes late for me. For the first time ever, my enthusiasm and my initiative count towards me. Owning my own franchise allows me to grow both financially and in a business sense. In the military, no matter how hard I worked, I was stuck at that level. Sure, they gave me medals and all kinds of things like that, but it couldn’t reward me with what I needed most.

Would you recommend this franchise, and why?

I already have recommended the franchise to a battalion commander friend of mine, who is already looking into buying a franchise. Just based on the process I’ve been through — I purchased the franchise in August 2015 — and seeing the culture, seeing the people, listening to the corporate chatter, listening to the chatter between the franchisees, the environment is perfect, or as perfect as it can be for this type of business. I think it has a lot of potential for anyone who wants to get in and work. “I wanted to watch T-ball,” says Keven, “and the Army isn’t the best organization in the world for time off. I want to make sure my kids get as much time with their dad as they can have.” 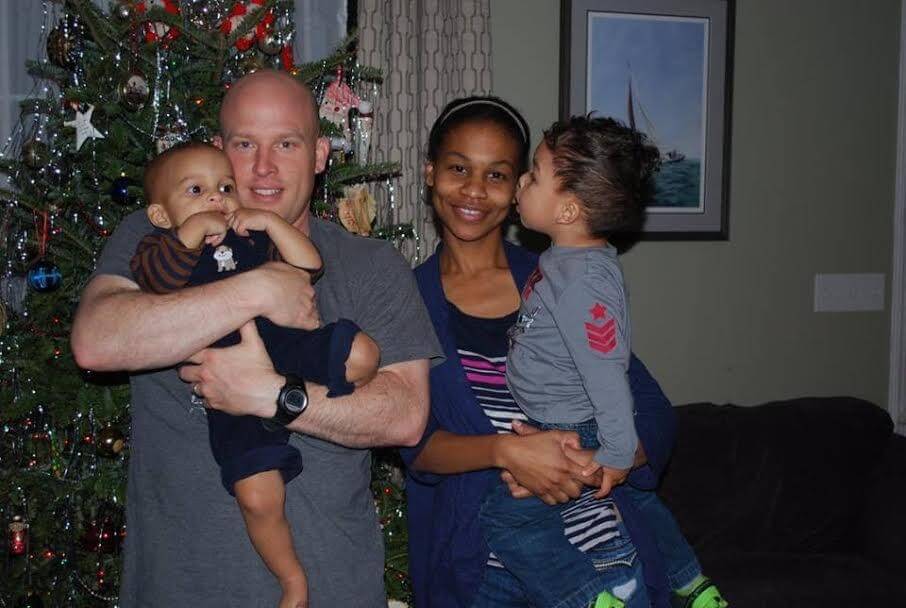