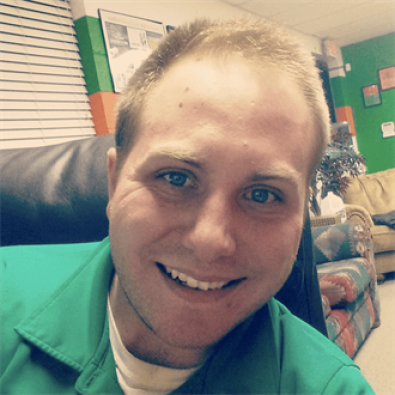 Great employees are key to a franchise owner’s success, and in Oklahoma City one standout sets the bar very high 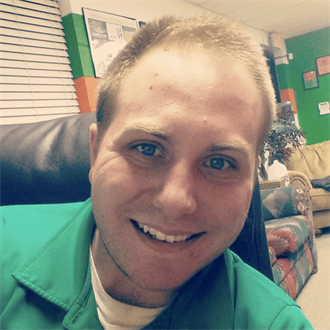 When he was nominated for H.U.N.K. of the Year, Shannon Gogel was more excited about getting on an airplane than anything else. Understandable, since he’d traveled plenty as a moving and junk removal franchise employee, but only in and around Oklahoma City.

“I’ve never been on a plane or seen the ocean, and never been nominated to be employee of the year or anything else before, so it was a pretty big deal to me,” Shannon says. “I still can’t believe I won it.”

The nominees for H.U.N.K.S. (Honest, Uniformed, Nice, Knowledgeable Service) were honored at the annual College Hunks Reunion in Tampa. This year, the competition was between Gogel and Justin Rocca of San Jose; and Jonathan Halbig and Mike Brienza of Long Island. Each had his name submitted via Facebook for the honor and then had to create an entry video and collect some client testimonials to be considered.

This is one of the toughest company awards to decide, says Nick Friedman, co-founder and President.

“This award recognizes the outstanding contributions of a team member who fulfills the mantra of living our values every day,” Nick says. “Just to be chosen as a nominee means that these team members are the best of the best, and they are a major reason why their franchise locations are leading the way as we continue to grow around the United States. They embody what makes our culture so special and so different from other moving and junk removal franchises out there.”

Growing alongside the business

For Shannon, who has been with the Oklahoma City College Hunks Hauling Junk moving and junk removal franchise since it opened two years ago, the whole process was a whirlwind. Even so, he approached it like he does all his College Hunks chores — methodically and enthusiastically.

“When I was chosen at our franchise, I had to get people to vote for me and then also do a video,” he says. “So I just talked about myself and what I’ve been able to do for College Hunks and how the core values affect that. I think they are really important to our business, but also some good words to live by.”

After being tapped as a finalist, it was time to go to Tampa.

“I’ve never been out of the Midwest, so the whole thing was just amazing,” Shannon recalls. “I’m not sure if you can win twice, but I hope to get put in the running again just in case. I’m not sure how I’d top that experience, but we’re working hard to get into the $1 million revenue group so we can go on one of the cruises that are awarded to those franchises!”

To make that happen, Shannon and his teammates are putting in long days, but he wouldn’t have it any other way.

“We’re nonstop right now, but that’s because we have shown Oklahoma City what a value we provide,” he says. “We work hard, are reasonably priced, and are professional at what we do. College Hunks Hauling Junk is a great company for our customers, and I can certainly say that it’s a great employer, as well.”